A fortnight on new SCN with a cheap tablet

With really bad timing, I had planned a short conference followed by personal time off, immediately after the SAP community site upgrade on October 10. Making matters worse, the house needed to be turned upside down for replacement doors and windows, because when the contractor says you are on their schedule, you tend to touch their feet. As the coup de grace, Google announced that their Panoramio site was going read-only on November 4, causing me to scramble both to figure out how to preserve years of uploads, and squeeze as many new shots up before the end.

To lessen the weight of my road warrior armor, I planned to carry only an Android tablet and my phone.  And a camera. But no Windows laptop, which I would normally tote on a business/pleasure trip for VPN and MS-land tools. The question at hand was whether I could contribute and be productive on the new community platform without excess aggravation (because that seemed a given in the migration, for most of us).

I dealt with the multiple target subdomains (answers, blogs, messages, people, etc. etc. dot sap dot com), and the top-level oddball sap JAM site by preloading tabs on the Chrome browser.  Once in a while I’d end up closing one I needed.  Thankfully, password management stayed mostly out of the way.

The change to the moderation tools meant I didn’t have sufficient experience after the site change to be much help, and the less said about that the better.

Other than site navigation, what I needed to blog as I hoped was image management, both from live camera shots and from screen shots.  The cheap tablet I procured has an easy screenshot button on the detachable keyboard, but editing images was a different story.  Transferring shots from my external camera to the tablet hit a snag when the OS offered to “format” the micro SD card instead of showing me the existing content.  The phone images would upload, but the camera wifi app wasn’t worth the pain.

First issue: the built-in google image edit would not save cropped files: 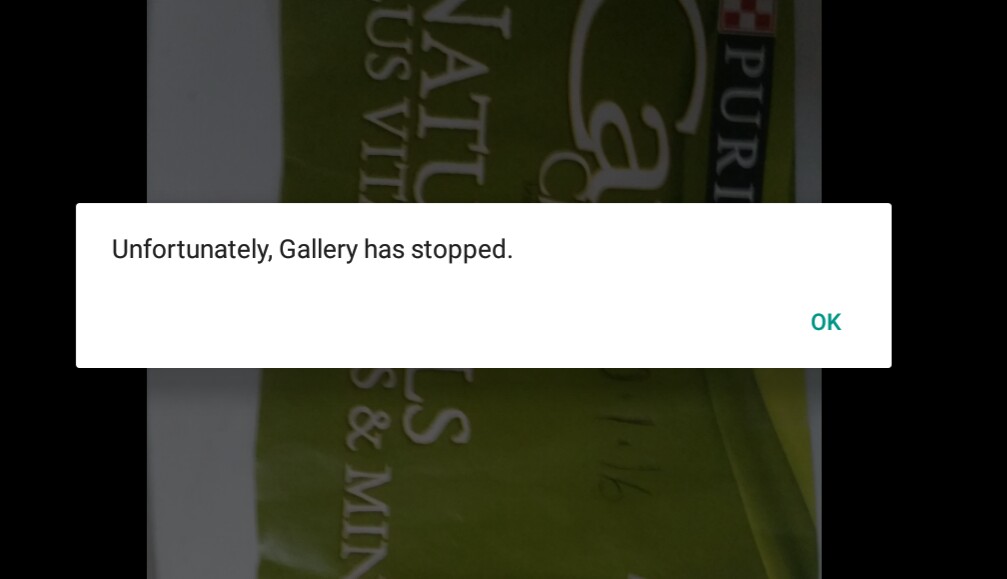 I tweeted for help, and @steverumsby came to the rescue. Mostly. [ https://people.sap.com/steve.rumsby ]

He warned me off the cheap tablet, too late.

Without the standard app, I went through a couple not-up-to-spec apps before lighting on Fotor, which does the job handily.  I would prefer the resulting screen images be saved as PNG where they started rather than JPG, but given the compression and use here it’s good enough.

I even played with contrast and color enhancement, to experience what the kids do today with their snappy chatty filters.  Very serviceable. 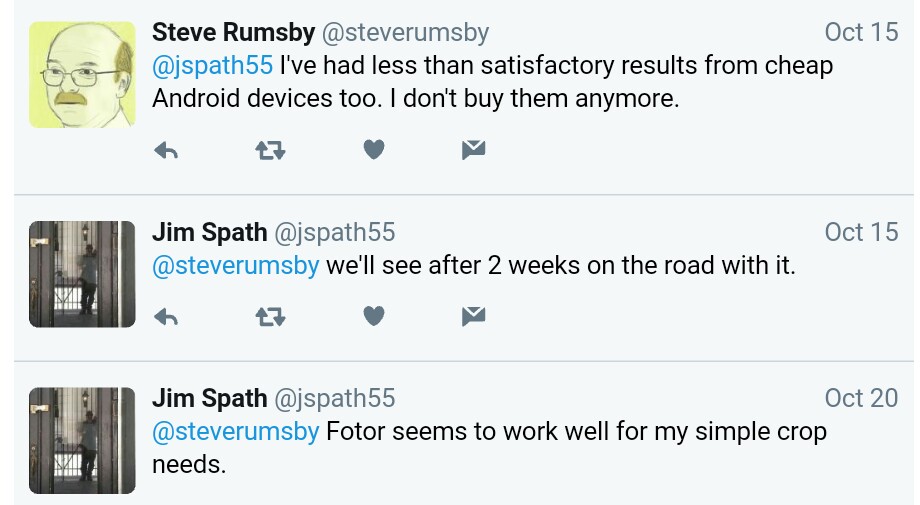 On to the community work, then, enough about my tool box.

I tried Moderation, both as an alerter and an actor.  The one below I think was still in flight during my trip.  If it was released, it still needs a tweak, if you follow me. From the Android tablet perspective, the new site worked well enough. 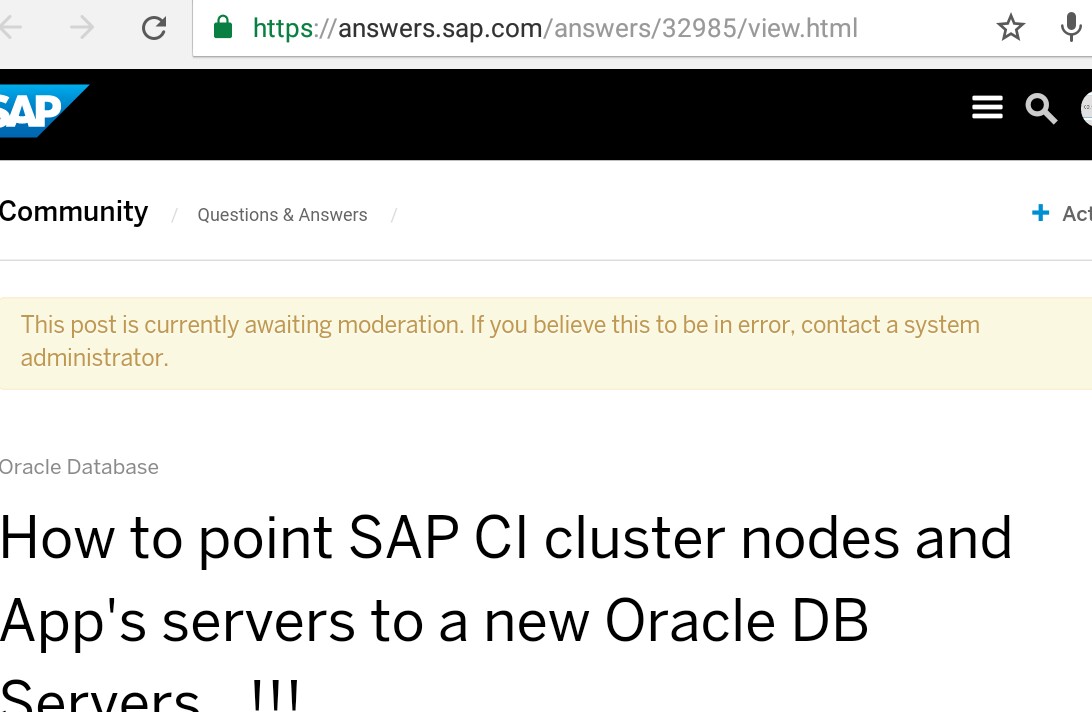 Search, on the other hand, is not where I thought it should be.  As an experiment, I searched for “license key management.”  My view is there aren’t 27,000 blog posts on this topic.  Oddly, the answers hub returned 410 questions, which seems more accurate, but perhaps lower than reality. 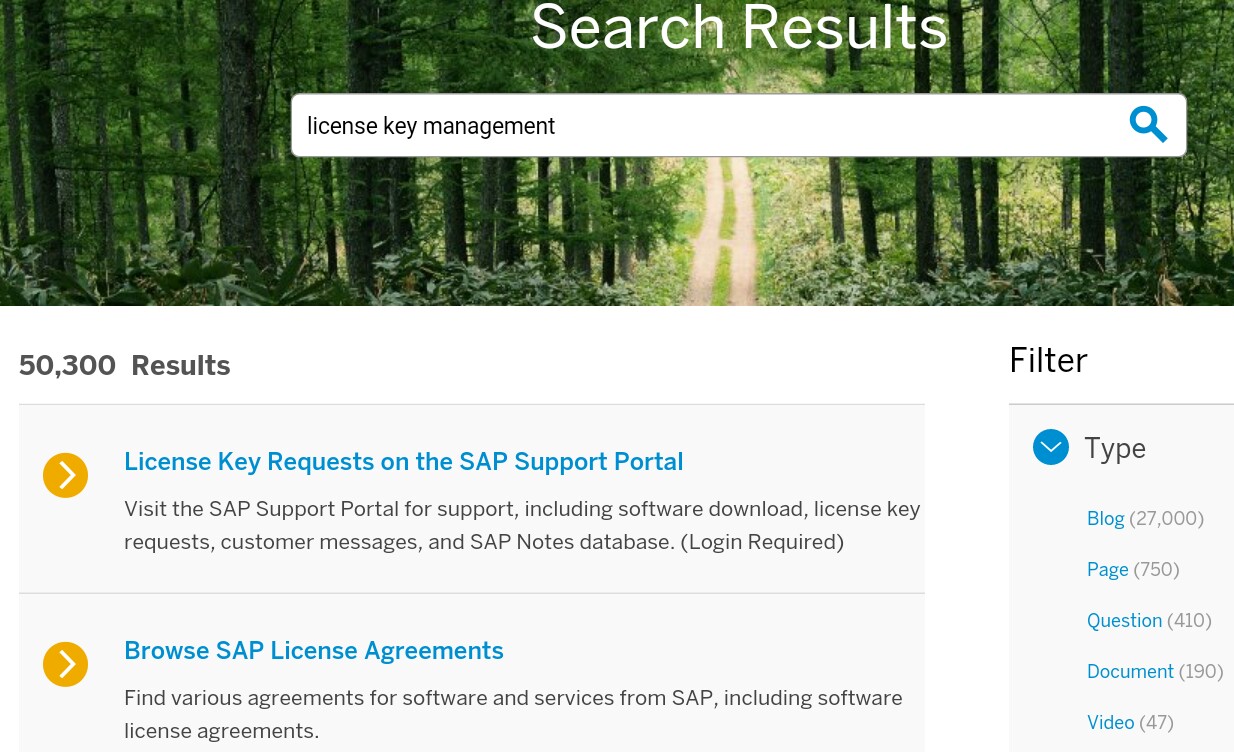 Then there are the bad moments, where an image copied onto the tablet was visible on the download site first, then when an edit was attempted, showed as a corrupt file.  Just the modern day jolly roger pirate flag, and poof, your priceless moment thrashed. 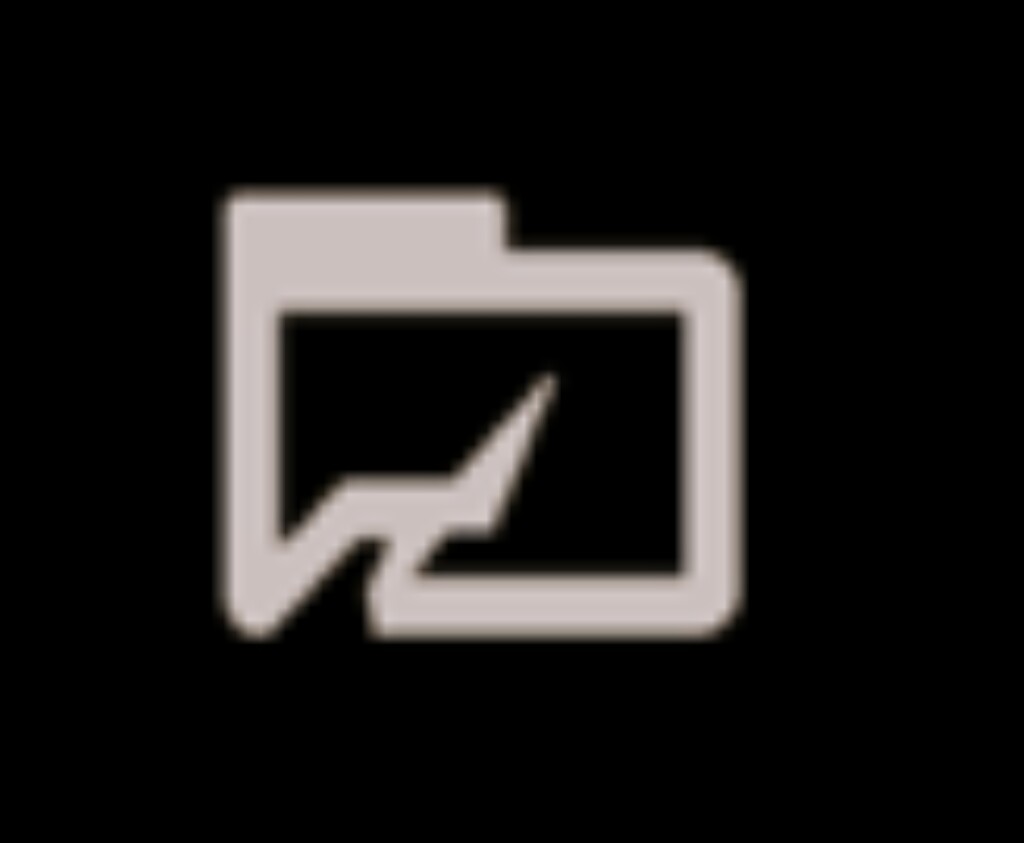 In transferring images from both the camera and phone, I found certain meta-data missing.  During one attempt to backup dozens (ok, hundreds) of shots, I got them onto the tablet via the phone, but they ended up with the timestamp of the copy, not of the original.  And the latitude/longitude that was recorded by the camera’s GPS did not make it thorough the copy.

Finally, a gratuitous animal image, taken with my phone on New Orleans Jackson Square and cropped on the tablet. 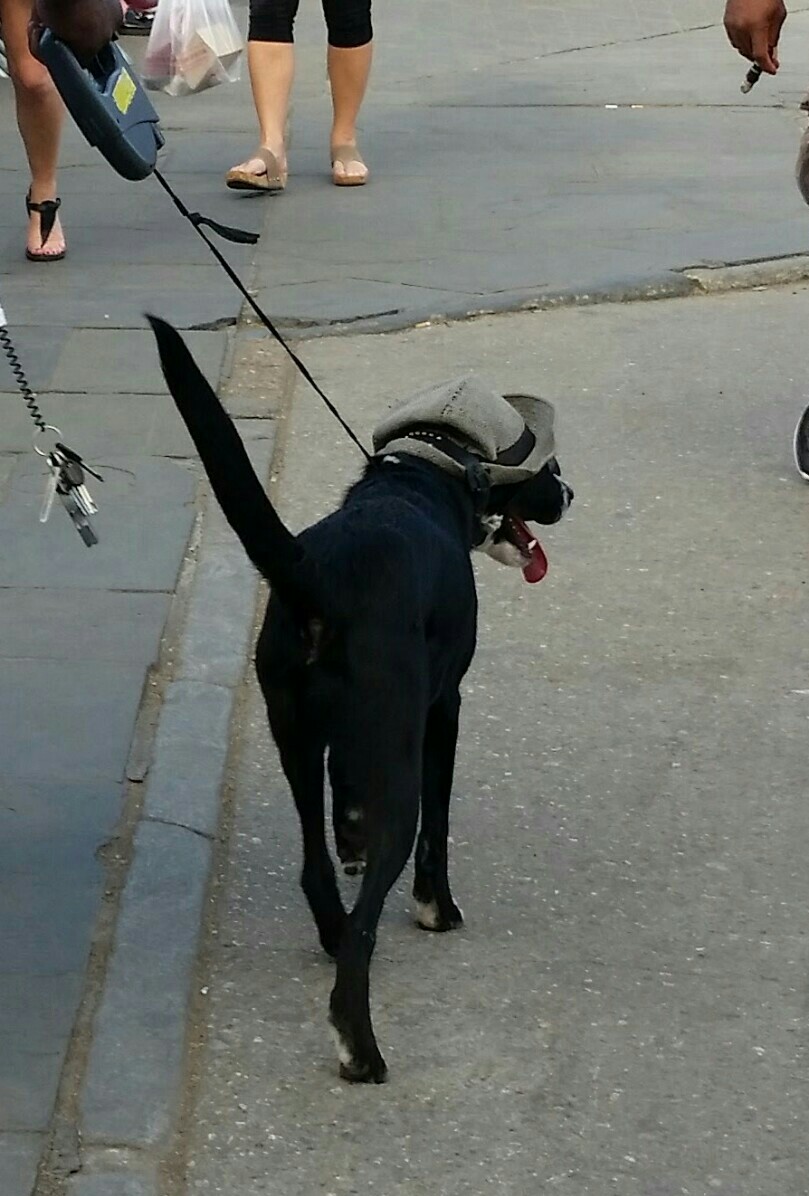 After the home improvements, just think of how much energy cost you'll be saving on heat this winter and A/C next summer.  You can put the savings towards a new tablet 🙂

I assume by the smiley faces both replies were attempted humor.  Maybe it's funny, maybe not; today's not my day to laugh.

I put a bit of thought, and time, into commentary on how the new SAP Community site behaves on a fairly stock mobile device.  It would be great to see feedback to that effort.

I ran another search with the same keywords, and found a link to this post.  Alas, search does not classify or count this post correctly; it shows 2 discussions, 1 "Note/KBA", and 1 "Press". 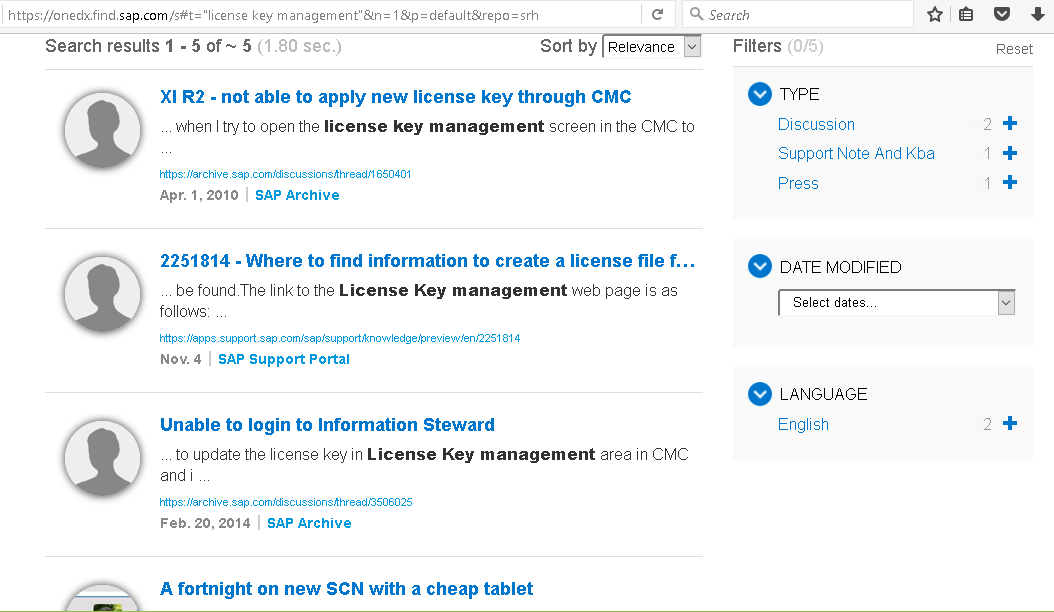 Hi Jim - I liked the blog and enjoyed the thoroughness of your efforts to explore the new site, but from my own personal efforts during the beta and since the launch, I am still using my iPhone 6s as simply a viewer device (my iPad 2 is so old and slow that it will soon not even be supported by IT) when needed.  I prefer to do everything from my Windows 10 laptop, but even though I have a touch screen Thinkpad T560, I have yet to adjust my keyboard and mouse habits into putting fingerprints on the LCD.  Prior to the launch, when I got a moderation email I would at times use my phone to determine if the post was worthy of releasing, and even with the 'mobile first' approach of the new site, I personally was not crippled by how Jive worked on the iPhone.  It was capable/functional, and I could find what I needed, but alas as you've pointed out we are not there yet in the new world.

No offense was meant.  I just found your post to be mostly about the performance of your “cheap tablet” and responded in kind.  The search issues are one issue I’ve taken up the banner for as, I agree, there are issues (understatement) with the entire search experience.   They are known and I am working with the right people to move forward into a better, more intuitive, more — let’s just say “useful” — experience.

Re: the image issue you mentioned – I’m not sure where the breakdown happened.  Somewhere between phone and tablet and site something went wrong.  Without more information, I’m afraid I’m not much help here.

Jim, I know this week was tough on those of us in the U.S. I also spend a lot of time with users on their frustration around the current Community platform state.  It’s a perfect storm of frustration right now.  I share a lot of the same opinions & frustrations and am trying to bring the issues I can forward towards solutions as much as possible.  Believe me when I say that your response to my levity is understood.

If I can be any further help, please let me know.

I use iPad mini daily for personal purposes but for web browsing that extends beyond checking local City Data forum I still prefer a laptop or desktop. And it's not even a cheap tablet!

I haven't yet tried using a mobile device over here. I strongly suspect most of the issues you faced had nothing to do with the cheapness of your device. I'll try with my less cheap Android tablet maybe tomorrow and report how I get on. Image editing aside, I suspect I'll get the same behaviour.