Are the Gains from Artificial Intelligence Worth the Lost Jobs?

Machine learning has a lot of potential to accelerate innovation and ease burdens on workers in finance and other industries. Despite a dark side for those same workers, this form of artificial intelligence (AI) — in which software uses data to program and improve itself — could also help organizations manage crippling new demands.

“There has been a dramatic increase in work in the last five or six years, coming from the exponential data explosion and an increase in audit regulation bureaucracy,” Neil Kinson, chief of staff at enterprise process automation provider (and long-time SAP partner) Redwood Software, said in ZDNet last week. “The automation is being created to solve that problem, rather than to cut costs, [and] a lot of organizations are applying automation just to cope.”

And we may have only spotted the tip of this iceberg.

“We’ll see more innovation in the next two years than we have in the last 10 years, all driven by AI,” Rod Drury, CEO and founder of New Zealand’s cloud-based accountancy software provider Xero, said in Business Insider on Monday. “We’re getting a fantastic hit because the fintech space is a relatively small domain with massive amounts of data, and it’s inherently high value.”

Data captured from bank statements, invoices, bills and the like will teach the software to perform many of finance’s most routine tasks, according to Drury. This will free workers to supervise the machines, fixing their errors and, in turn, further training the software.

Automating simple, high-volume work often involves robotic process automation (RPA). Rather than continue making humans engage in a swivel-chair interface, the menial and error-prone task of manually re-entering data from one system to another, RPA can do the work more quickly, efficiently and accurately.

“You need data at speeds, quantities, and from sources that simply can’t be handled manually — and your operations need to take place in real time,” SAP’s Richard Howells said Monday on Business Trends. “The good news is that for the first time, the necessary technologies have converged.”

“Most of the current excitement around work automation stems from systems that can replace humans in non-routine, complex, creative and often exploratory tasks,” Harvard Business Review stated last month. “Developments in machine learning … are making computers capable of recognizing patterns and understanding meaning in big data in a cunningly human-like way.”

These new AI applications will unlock unstructured data for voice recognition, voice-to-text, image understanding and more, according to HBR. Organizations will be able to use these technologies to:

“Artificial intelligence and machine learning — along with the Internet of Things (IoT) — are fundamentally changing the way we live, and they are beginning to alter the way we work,” SAP’s Christopher Haydon said Tuesday on Business Trends. “Take procurement: Paper orders and invoices are all but dead; electronic payments are taking hold; [and] buyers and sellers are meeting and collaborating online.”

Crossing to the Dark Side

But there’s a very real — and potentially tragic — downside for the workers that this technology is meant to help. The increasing use of robotics could quickly eliminate half of jobs in the U.K.’s financial-services industry, as Bloomberg noted last week.

“Finance is one of the most skilled industries susceptible to automation,” University of Oxford fellow Carl Frey told Bloomberg. “There tend to be fewer and fewer traders; ATMs have relieved bank tellers of some of their work; and you’re likely to see a lot fewer people processing checks in 10 years.”

That’s because RPA will likely pick up whatever slack that customers banking and shopping via smartphones might miss, as Bloomberg noted.

“Reducing the number of people handling checks is just one way banks are seeking to lower operating costs, as record-low interest rates crimp income on lending,” Bloomberg stated, adding that increased efficiency also helps enhance return on equity for shareholders. “The cost of that is being borne by the back-office workers.”

And that cost in the U.S. could be about 16 percent of “cubicle workers” — about 12 million people — losing their jobs by 2025, according to a Forrester report this year, though new jobs created by the technology could offset some of those job losses.

And organizations could start doing more with the technology and employees they’ve got — for both reactive and proactive purposes. Remember what Redwood’s Kinson said about increasing work? David Wright, finance robotic process lead for Deloitte in the U.K., might agree.

“Rather than remove people,” Wright told CFO.com in September, “some organizations will keep the headcount they have [and] take in a lot of extra work.”

If that happens, look for a change in workers — and their skills, according to Mihir Shukla, CEO of RPA vendor and SAP partner Automation Anywhere.

“Our customers tell us they’re seeing sighs of relief from employees who hate the mundane tasks they have had to do over and over,” Shukla said in CFO.com. “Imagine human employees metaphorically working next to software bots: When the humans have something that must be done repeatedly, they hand it off to a bot.”

Working Next to a Robot

Machine learning already has software teaching itself to better use enterprise data — and it’s already freeing workers from some of their most menial tasks. It is also poised to help people increase our pace of innovation, while easing compliance and other demands.

What we see today could be just the tip of an exciting robotic iceberg.

Why Insurance Will Be Bigger — and Invisible — In 20 Years

How to Find Freedom with a New High-Tech Data Warehouse, #SAPTechEd 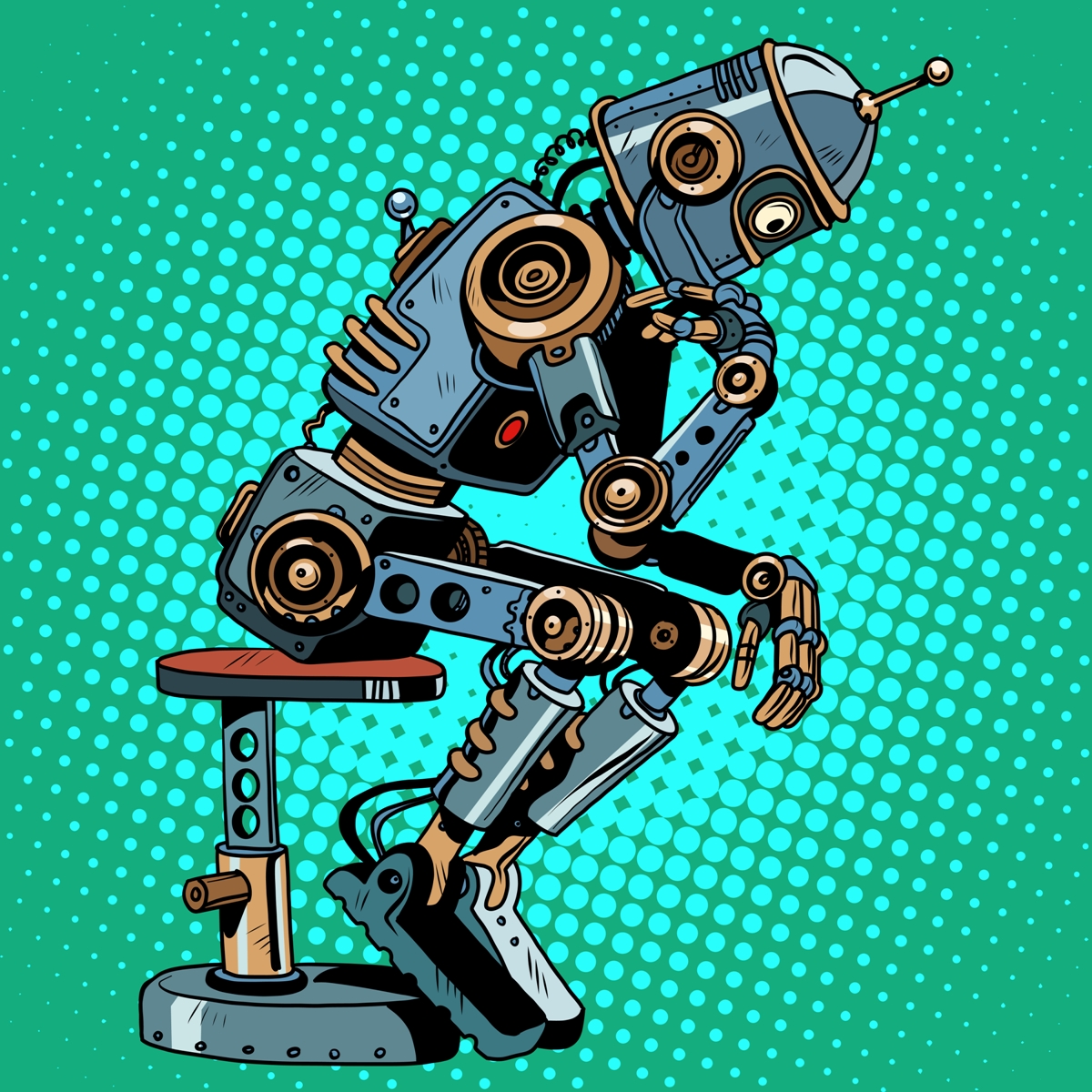 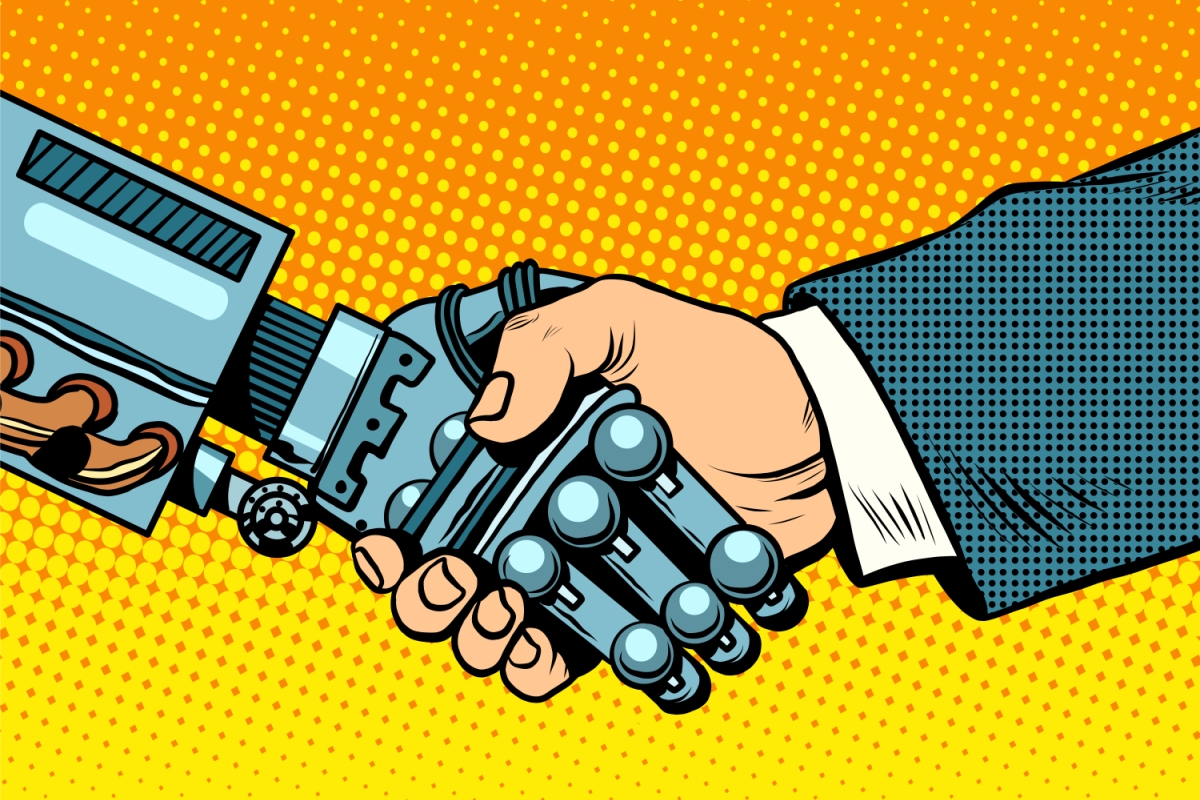