In addition to her role as a product marketing manager for Analytics and BI, SAP Vancouver employee Rachel Ho is the Co-Lead of Pride@SAP Canada, a group that found its start in Vancouver earlier this year. From October 4 – 7, Rachel, along with nine other SAP employees, represented Pride@SAP Canada at the 2016 Out & Equal Workplace Summit in Orlando, Florida. At this annual event, 4000 allies and leaders from Fortune 1000 companies come together to share strategies for creating workplaces inclusive of all sexual orientations, gender identities, and gender expressions. 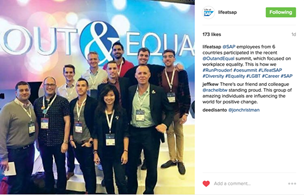 Rachel attended Out & Equal with the goal of learning how to encourage LGBTQ allies to become engaged advocates and to establish relationships with the movers and shakers of workplace inclusion. Rachel achieved both of these goals in stride, and met with inclusivity advocates from SAP and other companies such as HP, Bank of America, and Microsoft to discuss opportunities for collaboration on inclusivity and diversity issues among tech leaders.

“Out & Equal was an incredible opportunity for me and my SAP colleagues to gauge SAP’s position in diversity and inclusion relative to other organizations. Following my conversations with fellow leaders in this space, SAP is, in many ways, paving the way for other companies to celebrate differences as part of cultivating an innovative workforce,” said Rachel. 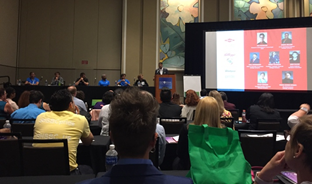 Out & Equal 2016 attendees take in one of many informative sessions

Rachel was inspired by how far the business world has come, particularly in Canada, but was also reminded of the outstanding issues facing the LGBTQ community. “This is an opportunity for SAP to continue setting examples as a global leader for workplace diversity and inclusion through continuing to support local outreach initiatives, building resources for employees to learn and find support, and being consciously visible and vocal of supporting equality from all levels of the business”, said Rachel. By taking these actions, Rachel believes that SAP can continue fostering an environment where employees are able to bring their full and true selves to the office, providing a platform for generating their best work. 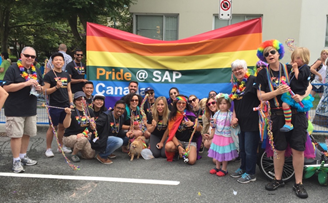 Pride@SAP Canada has had a winning inaugural year, demonstrating the power that a single idea can have. When Rachel started at SAP in 2014, she was excited to learn about SAP Vancouver’s community teams but noticed that there was no group for LGBTQ employees, allies, and advocates. Nine months down the road, Rachel met with Anka Wittenberg, SAP’s Chief Diversity & Inclusion Officer, and asked how she could make Pride@SAP Canada a reality. Anka encouraged Rachel, and with support from management, HR, Labs Canada, and SAP as a whole, Rachel kick started Pride@SAP Canada in early 2016.

Rachel’s dedication paved the way for SAP Vancouver employees to march in the 2016 Vancouver Pride Parade for the first time, and inspired SAP Montreal employees to take part in the 2016 Montreal Pride Parade. In addition, Rachel is particularly proud of the work that Pride@SAP Canada is doing to provide a safe space to discuss and address issues faced by transgender employees. Pride@SAP Canada now has 95 members, including 50 in Vancouver.

Employees at all levels of SAP are truly invested in supporting diversity and inclusion initiatives, including CEO Bill McDermott. In the wake of the 2016 shooting at an Orlando gay nightclub, Rachel was inspired by Bill’s post in the Global Pride@SAP Jam Group providing his support for the LGBTQ community in this time of tragedy. Rachel reached out to Bill with appreciation for his post, and he replied by commending Rachel’s work with Pride@SAP Canada and stating that, “my mom always told me that the best part of you is you”. Bill’s warm response highlights SAP’s top-to-bottom commitment to being yourself at work. 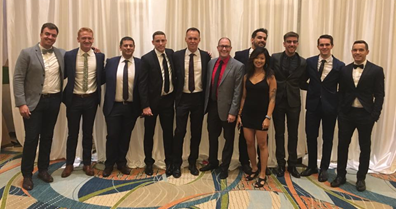 Moving forward, Rachel plans to continue harnessing the momentum that Pride@SAP Canada has built in 2016 and integrate learnings from Out & Equal to engage employees through events and campaigns. Join the Jam group to stay up-to-date, and feel free to get in touch with Rachel or her Pride@SAP Canada Co-lead Max Thiebaud with questions, ideas, or just to chat.

Rachel would like to extend a special thanks to SAP Canada for supporting Pride@SAP Canada, Matthew Donovan for managing SAP’s involvement with Out & Equal and Moya Watson for her leadership. Thank you to Nic Smith, Laura Jamieson, Kirsten Sutton, Jayne Landry, and Agnes Garaba of SAP Vancouver for their continuous belief that the rest of SAP and the world can benefit from the inspiring diversity SAP Vancouver personifies.