So we recently received a requirement where the Source System will send a request in synchronous mode and expects a PI message ID back as part of the response. The Target system in this case is ECC and the message is posted as an IDOC.

As this is a high volume interface we started looking at ways to achieve the same without BPM.

Though in my case the target was IDOC, for POC purposes I used File Receiver Channel. 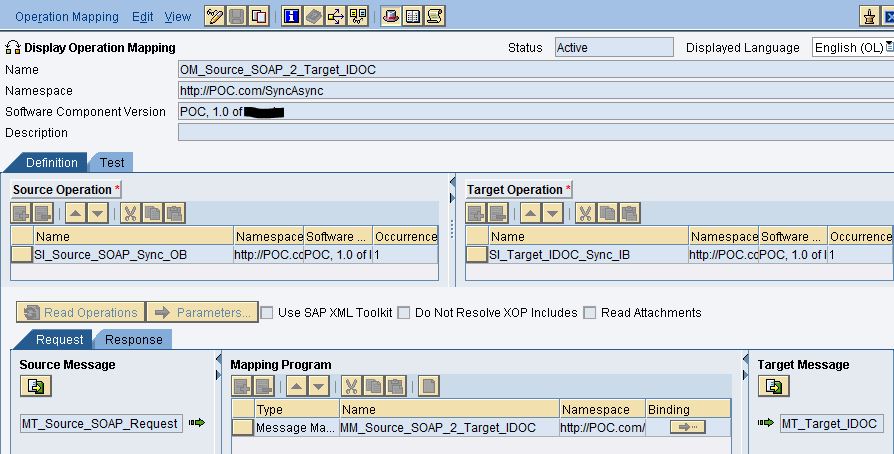 Note – The sole purpose of this adapter is to send a notification back to the Sender SOAP channel which is waiting for a response via WaitResponseBean and hence any receiver adapter type can be used here. Also note that the standard adapter module ‘CallSapAdapter’ has been removed from the module list.

I have implemented a solution on SAP PI 7.4 only using SOAP (Snd & Rcv).

This blog helped to me like a model and i have changed the ICO for an iFlow.

Superb article and very well explained steps. I stumbled onto an issue but that was just a mistyping error.

Thanks for posting the blog. Helped me meet my requirement

what is the Target URL in the "Receiver Soap to Notify Soap Sender" Channel. I am trying to implement the same scenario but facing some error.

I think you can use a dummy url (e.g. http://dummy.com). It's not actually calling it, since the CallSoapAdapter step is removed. So it's simply to notify the waiting request and then terminate.

I am getting no correlationId found error upon following this need help....

I corrected few settings and now messages are going successfully from ECC to PO but I am getting below error when trying to send resp back to ECC:-

Can you please help me to understand where exactly did you made these changes? I am trying to run a REST loopback scenario and currently stuck with message correlation ID problem .