In less than 4 weeks, SAP TechEd will be well underway in Barcelona and as has become a tradition for over 5 years (if we count Las Vegas), the Jam Band is on again thanks to SAP HCP (Bjoern Goerke) and the support of the SAP Mentors.

Now for many who see this post; you might just want to know when we’re playing so they can come along, drink, dance and sing along, let’s get that out of the way:

Jam Band – Appearing at the Networking Reception on the Tuesday night starting at 7pm (just before the DemoJam)!

But for those who want to take a more active role in the Jam Band; now is the time to put your hand up for a song or two.

The one precondition to volunteer is that you are available for rehearsal in Barcelona on the Monday night from 9pm through to midnight.

Finally, to volunteer, use this link and enter the following:

I’ll be in touch within the next week to finalise song assignment (message me in the comments if you don’t hear from me by the 19th of October).

See you in Barcelona! 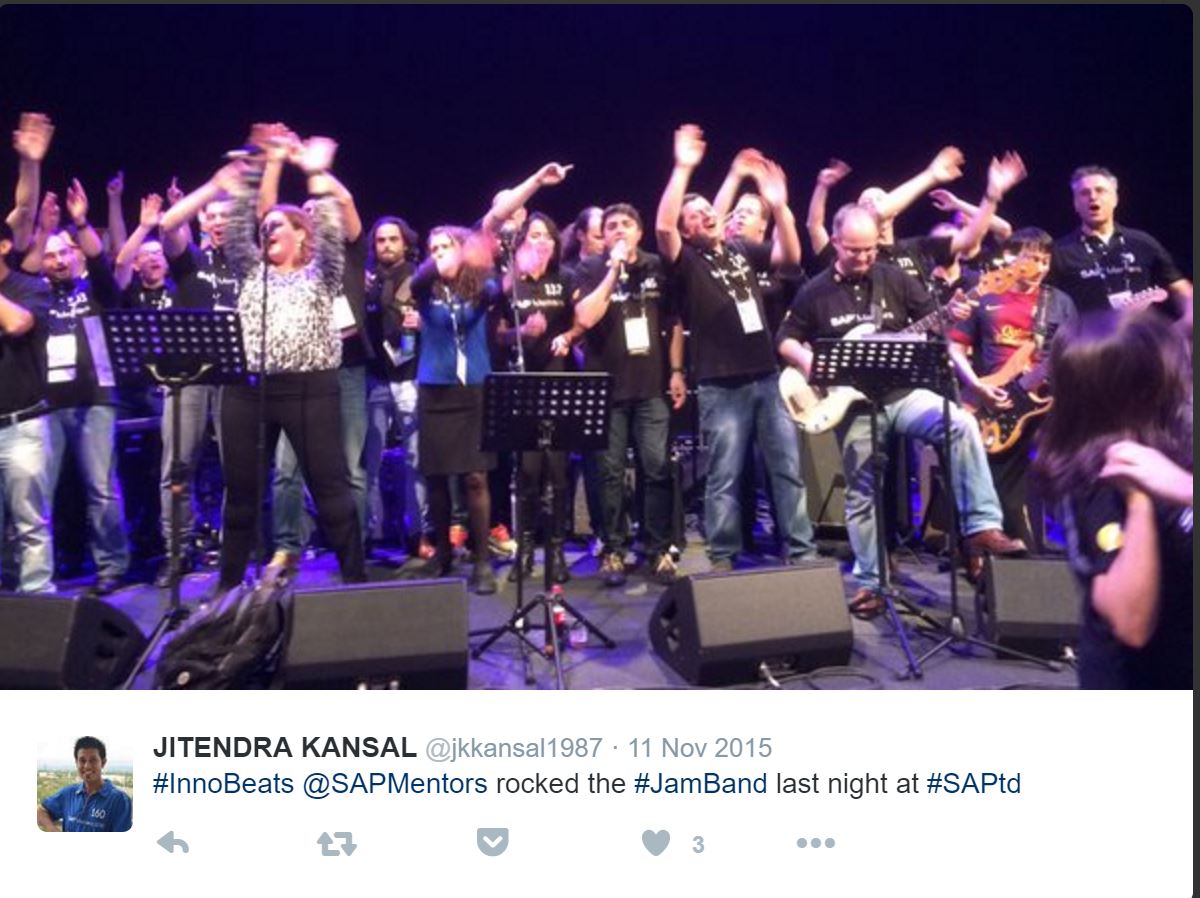 Do I need to bring my own instrument?

The basic instruments are all provided (guitars, bass, keyboard, drums, microphones); but if you want to play along with a trumpet, saxophone, tambourine, etc; then you’ll need to bring those along. If you’d like to use your own guitar, then bring it along; though we do have limited amplifiers.

What if I can’t make the practice?

If you can’t make the practice session, then there’s no guarantees you can play one of the instruments, but if there’s space next to a microphone during the Jam, you should still be able to come up and sing along at the very least (come see me before 7pm and I’ll see what I can do for instruments).

What’s the setlist, and when will I know what to learn?

By registering, you will also get the chance to select what songs you’d like to play (if possible). Final draft setlist and assigned musicians will be sent out in the next week.

Love the rename, of course!  and this definitely is a band of rockstars!