In the past, I have written about Bertha Benz. She was the venture capitalist and true innovator behind the first car. Karl may have invented it, but it was Bertha who made it real. She took the predudice of the time and played it back at the market.  Genius.

I’m tempted to write about the work we are doing today in building software to help move business beyond bias, but there is much written on that already. There is much to do.

I thought it would be appropriate to mention that geekiest of geek music, the Dr Who theme owes its existence to the pioneering work of Delia Derbyshire. Without her, millions of geeks would have been bereft of inspiration and trepidation watching TV from behind the sofa. And while on that theme of geekiness, Star Trek would never have been made without Lucille Ball’s insightful funding.

It great that Margaret Hamilton has a lego figure. 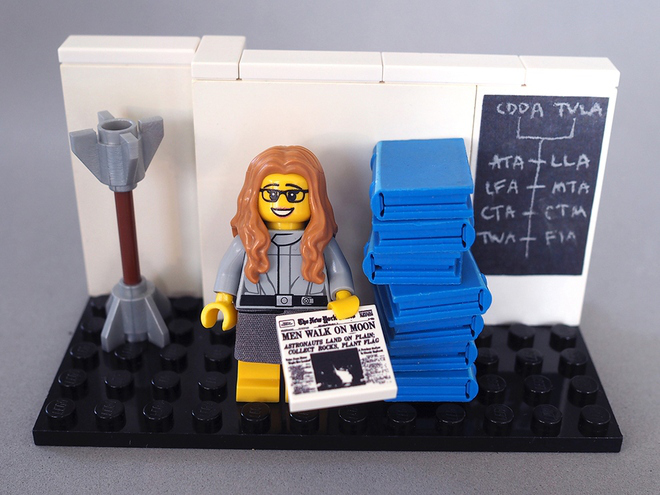 She ran the team that wrote the software that sent us to the moon.

But we need everyday to be Ada Lovelace day. Our industry will be so much stronger, our products so much better we it is more diverse. Let’s celebrate and publicize the women who shaped our industry. Let’s create the environment where women can thrive today.