The Role of IoT and Data in Smart Cities

The city of Columbus, Ohio won the U.S. Department of Transportation’s Smart City Challenge recently and they have big plans to use the internet of things (IoT) to help residents access jobs, reduce infant-mortality rates and improve traffic. Self-driving cars and autonomous vehicles are included in their proposal. Three experts shared insights into how all cities can use data to understand what residents need on a recent SAP Radio broadcast, “Smart Cities, Smart Streets – IoT to the Rescue – Part 2”.

It takes a village to make a smart city.

When it comes to smart cities, it’s not just about city officials deciding it’s the best thing for residents. Its success hinges on the involvement of small businesses, vendors, and the residents themselves to make great things happen.

“You can and should have enlightened city administrations doing things that only they can do on an official basis, and investing. Equally important is private sector involvement,” said W. David Stephenson, Principal at Stevenson Strategies. But it’s not just about money or resources, Stephenson clarified, it’s about folks rallying around it as a concept and seeing it come to life. 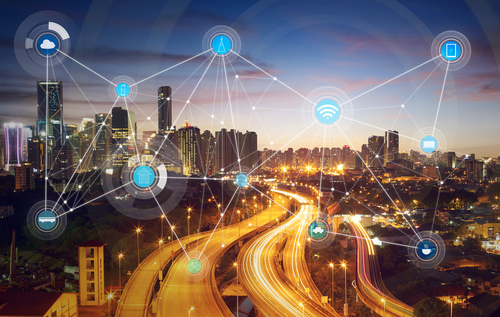 Part of that rallying cry is powered by people using social media to share what’s making them excited, frustrated, and anything in between. Consider city residents who commute to work by train. If the train breaks down, passengers can use social media to give attention to the issue at hand and vendors can tap into those conversations and send a mechanic out immediately to try to fix the problem.

“Social media [has] a big role to play and the fact people start taking pictures, tweeting about trains breaking down and immediately people in power get to know about this there’s a lot of noise,” said Saj Kumar, Vice President, Digital Transformation and the Internet of Things at SAP. City administrators, small businesses and activists can use what they’re seeing on social media to channel that noise on what’s working, what’s not, and what residents would like to see work better.

“Everything really becomes an opportunity from a smart city perspective.” – Diana Dyal

With more than 50% of people now living in urban areas, it’s crucial for cities to think about how they can mitigate problems that arise from urbanization.

Diana Dyal, Global Vice President, Digital Enterprise Platform Group, SAP, challenged listeners to think outside the box when it comes to thinking about what’s possible when it comes to smart cities. “How can we become smarter as the population grows as the crimes increased or urbanization takes an effect? The cost of living [is] rising, so when you start looking at it from the lens of all things smarter, how can we capitalize on those environmental changes, on people changes, and instant gratification changes?”

Cities can capitalize on these changes by using data gleaned from one situation to zero in on other opportunities for improvement. “If you start sharing the data…you’re going to find synergies that nobody, including yourself, ever would’ve thought of,” Stephenson said.

Smart cities are dependent on building off those synergies.

Let’s revisit the passengers on the train that needs a new part. If sensors were placed in the train’s engine, mechanics would know before any issue arose, and either make adjustments, or put another car on the track. “’I can predict when it’s going to fail’,” Dyal said, describing what sensor data can provide small businesses. “Therefore I can create new business models as a service versus selling products.”

And improved services makes good sense for businesses and consumers alike. Cities that think about the kinds of business outcomes they want to drive will be the most successful when it comes to becoming a smart city. “Cities need to [look] at the infrastructure…what kind of outcomes [they] want to drive and then look at the sensor infrastructure in terms of what needs to be done to drive those outcomes,” said Kumar.

Short term, experts see IoT having the biggest impact on healthcare and transportation, followed by security.

Listen to the entirety of this Internet of Things with Game-Changers Radio broadcast, hosted by Bonnie D. Graham, here.