Reading these incidents I saw that the following two questions are mainly being raised:

The notes will be released at the end of November, beginning of December. Following are the estimate dates for the notes release:

2) Will the Smartforms still be delivered and supported for tax year 2016?

For on-premise ERP customers the Smartforms will be still delivered and supported for tax year 2016.

Please confirm. Would like to catch up on any other related notes if its out there. Before it's too late.

Indeed the notes that will be released on end of November, beginning of December for 1099 and 1042-S forms will carry the relevant changes for tax year 2016.

Any updates on notes yet?

Any update on this note ???

For you information, we just upgraded our system in Month of July 2016 from EHP4 to EHP7.

Also for first step 'Implement the structure changes as mentioned in pre-implementation steps of the SAP Note' we can see the structure DWTPARTNERADD_US and GSS_RFIDYYWT_PDF has different versions than what it given in screenshots in file 'Manual_Canges.pdf'. So we are confuse and in question if we have correct version of this two structure. Can we just append given fields in both structure and activate as mentioned in file Manual_Canges.pdf'?

Attaching images of current version of structure in our development system.

I am unsure if 2272423 needs to be applied but it does create a data type of US_NATIVE_CTRY which you add to the GSS_RFIDYYWT_PDF and IDWTPARTNERADD_US.  You create that data type following the Manual Activities.pdf in that note.

Where does 2272423 fall in the Note implementation order and is the order I have above correct?

Note 2398337, manual_changes.pdf shows the us_native_ctry in the screenshot to update the IDWTPARTNERADD_US structure as already in that structure. 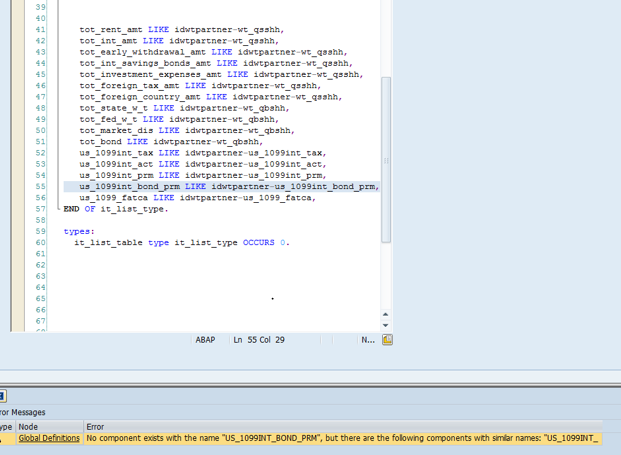 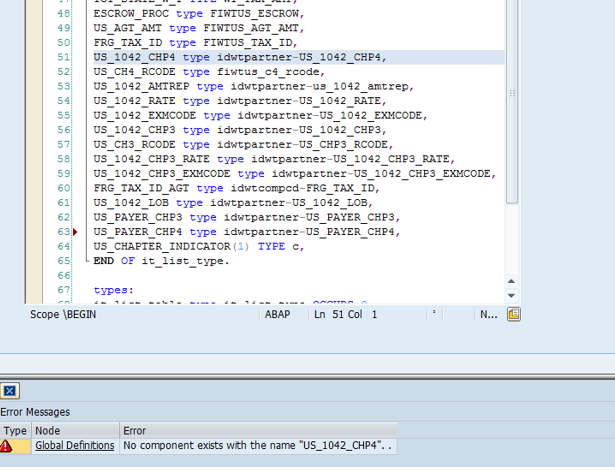 Hi,
We are also facing the same issue. Were you able to resolve this ?

Is there any update on notes on Electronic File.

Hello.  I'm in the process of testing the Adobe forms for CY 2016 1099-MISC.  I have gone through the steps for note 2398337 and everything looks good.  However, for vendors in foreign countries, it is printing the country name too far down.  We did not have this issue before because it would not print the country name.  How do I either move it up or not print it?
Also, I wonder if anyone else has heard that the entries in box 7 need to be submitted to the IRS by January 31.  The actual forms are still mailed out by that time, but the electronic file to the IRS needs to be submitted earlier than normal.  Is anyone else just going to send box 7 file to IRS or the entire file?

Any feedback on my question above?

I have installed OSS Note 2398337 successfully.  I have loaded the Smartforms and am now trying to load the Adobe forms but am getting an error 'Error occurred while processing request' when trying to upload the form in SFP.  Has anyone run into the same issue?

Anyone could upload the form in SFP successfully?

My client doesn't currently have Java installed in his system and he doesn't have plan con get it installed soon. For this reason ADS can not be installed either. Though, he still needs to process tax year 2016. My question is: can we use smartforms instead of adobe forms? Will they show the same information?

Thanks and sorry if this question has been answered in a different post. I've been digging for hours but I haven't been able to find the answer.

Forms available under this note for MICS is only copy B - Smart form (form no.3 from below list) is available, however as per the USA legal requirement there are 4 more forms, which are not there in the current note.

3. Copy B For Recipient

Do i need to implement any other notes? or is it there any way to get all the forms print from SAP.