Yesterday was SAP Inside Track Munich, and over the last 7 days the hashtag #sitmuc had almost 900 tweets.

Look at how SAP BusinessObjects Lumira shows this: 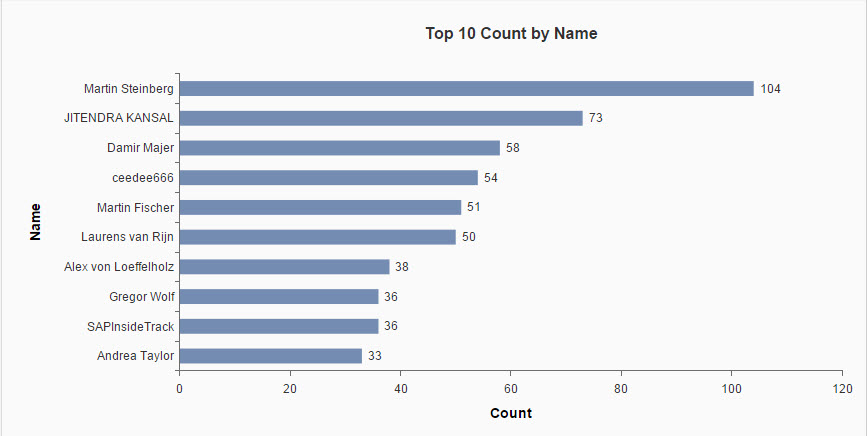 You can see that Martin Steinberg had the most tweets at 104; no one comes close.

Because the event was held in Germany, that was the top time zone for the tweets.

English was the top used language in twitter with German a close second. 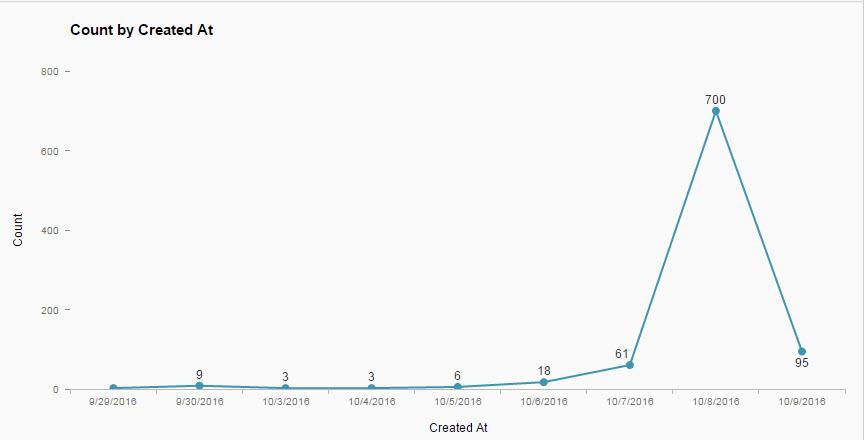 Of course, yesterday, the day of the event, had the most tweets. 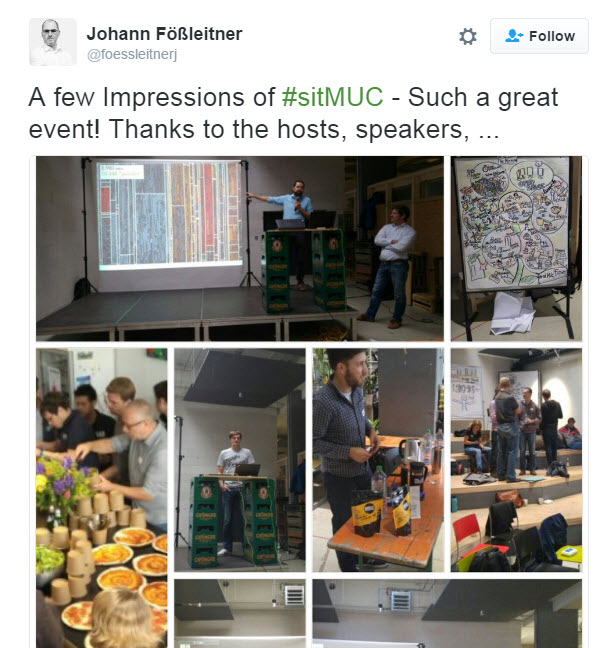 Top favorited tweet, at 26, was this one (group selfie?) by Martin Steinberg: 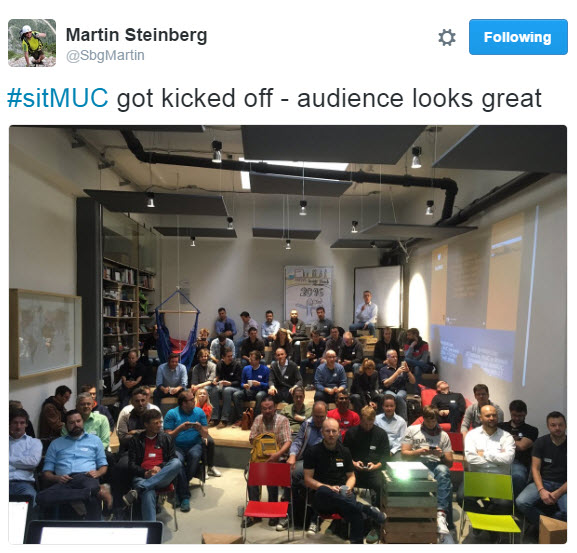 You can see Frank Koehntopp’s pictures on Google Photo.

Coffee lab, yoga, pizza – sounds like it was a great event.

#sitMUC 2016 was a great event -  thanks a lot to all the organizers and contributors! Looking forward to next years event!