The second day of SAP TechEd Bangalore is over today. If I’m asked of the most used technologies in most of the demos I’ve seen so far, it would be IOT, HCP, Fiori and UI5. S/4 HANA is definitely the most talked about as well!

Having built the agenda of the day before, it’s not much of the thinking that I had to do today. Well, the observation is the rooms are completely packed in the earlier hours of the day than in midday. In fact at 6 pm in the evening the show floor was almost empty and I captured few empty booths. 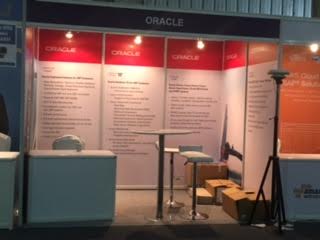 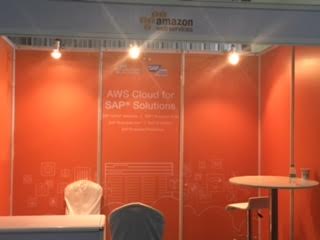 With a full conference pass, I had a clear decision to attend as many hands-on session as I could. I reached the venue a little late to miss the first session that I could have got based on first-come-first-served basis. If someone would have observed the online agenda, I could not find any hands-on session which had a recurring icon next to it. I’m not sure if there were changes done at the last moment but at the time I was making my agenda recurring image was next to networking sessions and others but not for hands-on sessions. This is actually something which is hard to accept. At least in the last TechEd I attended, the recurring sessions were there.

The first hands-on session of the day was “SAP HANA Vora – Implementation and best practices”. This session was parallel with “Code pushdown to database layer” but going with the objective of getting to know something I’m not very familiar with, the decision making was easy.

The session started on a pretty energetic way to give us the introduction of Vora. Well the takeaway is, Vora is the SQL engine to integrate Hadoop data with the SAP data to enable data scientists analyze the data. The presenter did a really good job in explaining Vora. The hands-on experience was not very smooth though specially for attendees like me whose daily job does not include analytical tools. The printouts given were incomplete and had missed giving the unique identifiers to the participants.

The instructor candidly accepted that they had missed the deadline to submit the presentation due to lack of time and hence the problem. Well, with 100+ attendees and the session being non-recurrent one had to be really determined to complete the exercises with crashing servers, network disconnect and login issues. With 100+ attendees and a group of 4 instructors one was lucky to get the help without having to wait or give up.

My key takeaway from this workshop was getting to know Zeppelin – running Vora queries, data visualization, and spark scrips on it. This was actually good as I did it for the first time. 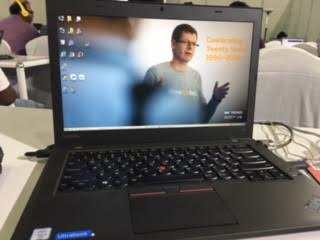 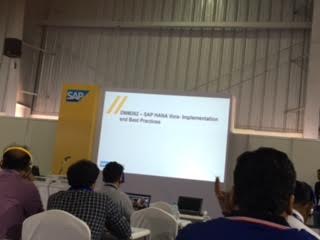 The next hands-on session was SAP HCP, Integration service in the context of IOT. The session started energetically and in a controlled manner with a group of 4 members handling the room of 100+ participants. The handouts were complete and was better planned than the previous session. However, the instructors have little control when the participants face issues related to network and login credentials.

The exercise was to simulate two tank farms with pumps in one farm if not used could be used as a spare for the other farm. I learnt about OPC in this session, SAP Asset Intelligence Network and that it would be available from December (if memory serves right) on Cloud platform. 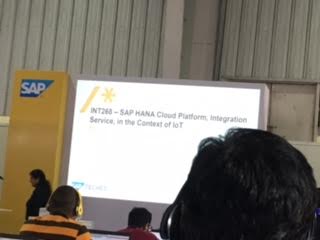 Another question I have for the hands-on sessions is how much thinking goes behind deciding the use case for hands-on session and accommodating the diverse set of participants that the session would have. After all TechEd is to learn and explore new things. For example the scenario taken for ABAP 7.5 session yesterday was a jawbreaker game. I would have become much happier with SFLIGHTS example as well!

The last session of the day was “Transition to SAP S/4 HANA: A hands-on deep dive for new implementations”. This really saved my day. I completed both the exercises. The success of the session attributes to the planning done behind the choice of use case taken, no. of coordinators were sufficient and the handout was the actual exercise steps.

The exercises were for data migration to S/4 HANA on cloud and on premise as well!

With this the 2nd day of TechEd Bangalore is over and I’m looking forward to tomorrow for more experiences!

Well done.  And it looks like SCN stayed online as the migration date to a new site looms. Your insight into last minute event preparation is good feedback for the organizers.

"Vora is the SQL engine to integrate Hadoop data with the SAP data to enable data scientists analyze the data." That sounds plausible enough, though I only have experience with the SQL part on other DBs, and I know about SAP data (in my company primarily). Read it again - you mention data 4 times.  Maybe after the new SCN starts up you can explore that in depth?

Sure, Jim! I just now read the mentioning of 4 times data and it made me laugh!