What if Mozart and Beethoven Invented Their Own Notation Systems?

To appreciate how semantic notation can impact your business, take a step back for a moment and imagine if every composer from Mozart to Beethoven used a different notation system. How would conductors and musicians interpret the music in a moment without standardized notation? What if engineers didn’t have a standardized notation system? Most likely they wouldn’t be able to communicate vast amounts of information clearly and quickly.

Yet in business, there is an overabundance of ways to layout out corporate reports and dashboards. And even within a single company, you will find forecast data or averages defined and displayed differently. But with pattern recognition, you can immediately understand the context of that information. This is the essence of a standard notation system, which brings clearer, data-driven insights and faster visualization turnaround.

Executives can  digest and act on visual data faster when it is always laid out the same: forecast, averages, historical and all metrics always looks the same and are in the same layout. People learn quickly to recognize patterns, and this is helpful to interpreting volumes of data. Critical to good business decision-making is the ability to portray very dense amounts of information, while maintaining clarity. This is vital when extrapolating multiple metrics for data to understand how it relates to the business.

A visualization that shows a percentage breakdown of revenue into products is, in itself, not very useful. To act and make better decisions, you need to understand how revenue has changed over time and to compare it to other product lines, the budget, profit margin, and market share. Also, executives spend less time trying to align the data into one version of the truth when all metrics are calculated and portrayed using the same standards across all business units. Having a standard notation system in your business can help you foster data-driven culture and alignment for better decision making.

Faster and Improved Visualization of Analysis and Insights

Although content creators spend less time inventing their own system and layout, they still follow guidelines. In speaking with people who have adopted international business communications standards (IBCS), they found, for example, that the average time to create dashboard dropped three-fold. Through standard notation systems, they shortened implementation times and improved the outcome of their analytics investments.

Don’t Start from Scratch – These Are Best Practices

One of the best-developed, semantic notation systems – which was only chosen by the SAP Executive Board back in 2011 – is based on an open source project called International Business Communications Standards. Anyone can join the association and benefit from years of thought leadership and best practices developed over decades. Plus, the community is included in the evolution of these standards.

Register for the Standards Course

OpenSAP allows you to learn anywhere, anytime and on any device with free courses open to the public. On their new channel for “Thought Leadership” there is a course featuring the Semantic Notation Standards of IBCS that starts October 11. Register for the course here. Also, check out the 3-minute video below to get an overview of IBCS.

This blog orignially appeared on the  D!gitalist Magazine by SAP and has been republished with permission. 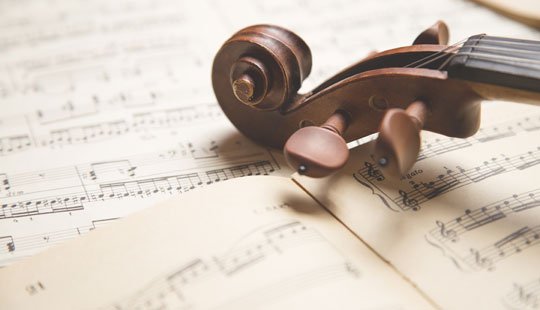