Already back in May we saw the collaboration of Apple and SAP announced – and everyone is eager to see in details the fruits of that work. Well I don’t work for SAP so I am not directly involved in the process of the development here – nevertheless I will try to sum up a little bit about the current state of things.

Now – at time of writing – which is a couple of weeks after TechEd we have been digesting the impressions (huge thanks to SAP and Sami Lechner) and documents that has come out of TechEd there are some news to the partnership (there is actually something concrete to see). Initially the outcome of the partnership will be with in three areas:

SAP is well on the way with the first area and building apps for iOS, for healthcare, utilities, professional services, and retail. One of them is Asset management presented during TechEd. 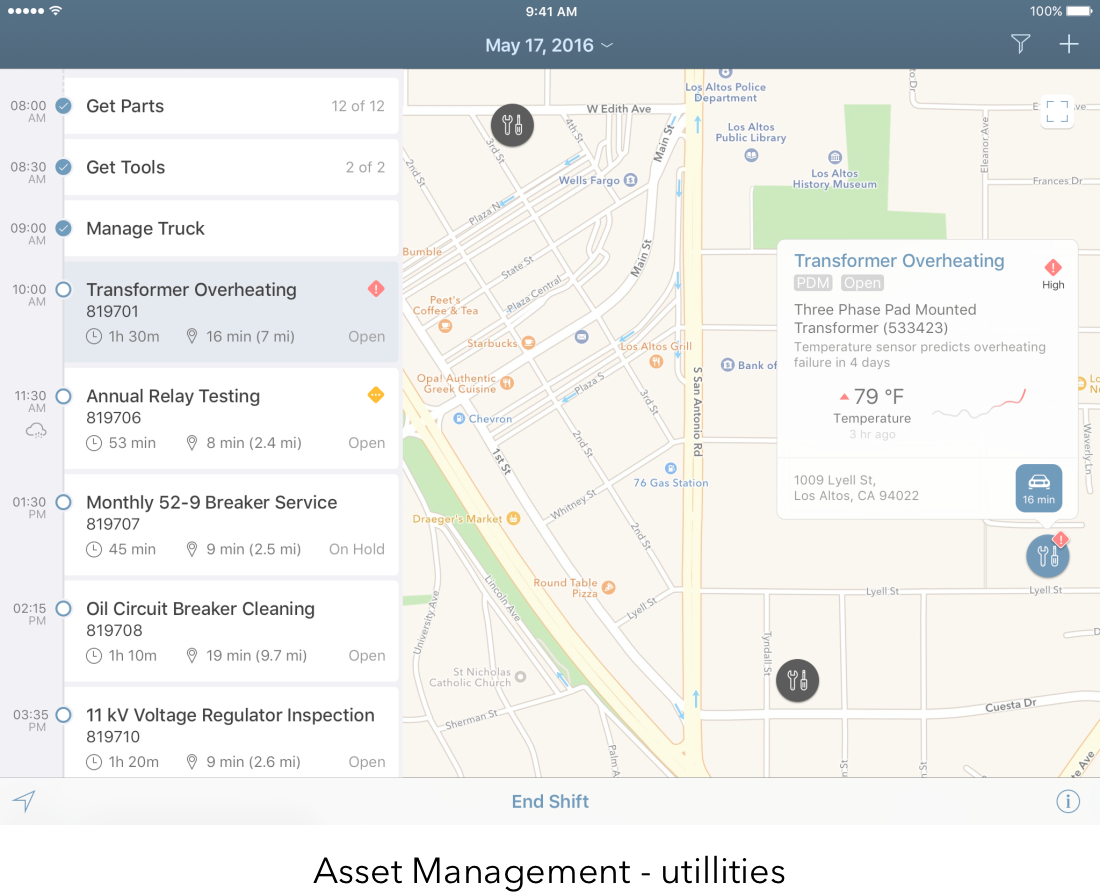 The other part – an SDK for developers seems very interesting. The SDK will allow us to integrate to the native platform of the iOS device providing access to things like Touch ID® (we will be able to confirm identity with the fingerprint), Location Services (where we use the GPS to detect proximity i.e. detect if you are close to an asset) as well as Custom Keyboards (which will allow for faster entry in some cases) and Notifications. 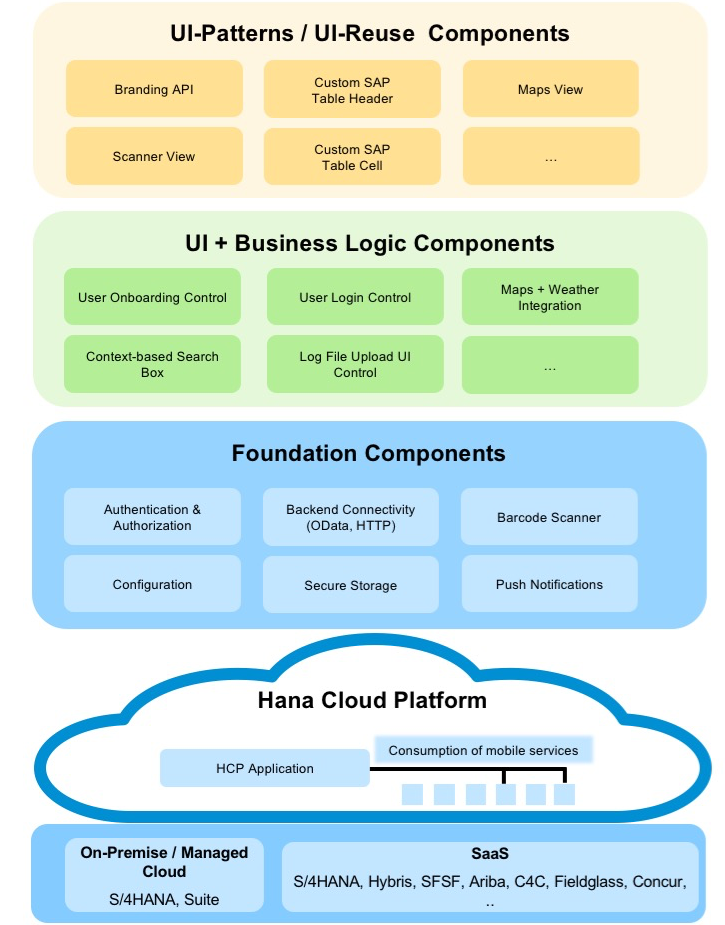 The architecture is segmented into UI elements and foundation/backend components (note some of this might change before GA). We have the top layers providing access to the UI components (e.g. custom table, ui views)  and logic components (like user login and user onboarding). The foundation layer is the generic layer that provides encapsulated components, that can have a counterpart on the server side. The HCP has the server-side parts of the SDK which acts as middleware but also as an integration platform. This means that we will have extended controls in the SDK that allows for easy connection and consumption of data from HCP and connected systems.

As you see from the following screens configuring (the class is generated with an assistant tool) and executing the read product information looks simple. The actual generation of the class is done by the assistant tool delivered with the SDK – this will improve the development speed and overall quality of the integration effort – you no longer have to go through the metadata output to make sure that you got the spelling of field names correct. Besides the generated class will support taking the data offline.

All of this can then be coated with the iOS-Fiori experience as we will have new UI controls and new views (small taster below) – SAP is working hard at getting the usage of the controls as close to a “native” xcode feeling as possible e.g. making sure that it would render in storyboards.

My favorite example, the object view – even though it represents a ton of information I think it does it in a nice way(I will probably be guilty in information overload on the first couple of occasions). The view includes header area and an information area made up of stacked categories. Further more it will be possible to configure items within the object view, allowing a user to drill down to more details, or a call-to-action screen. 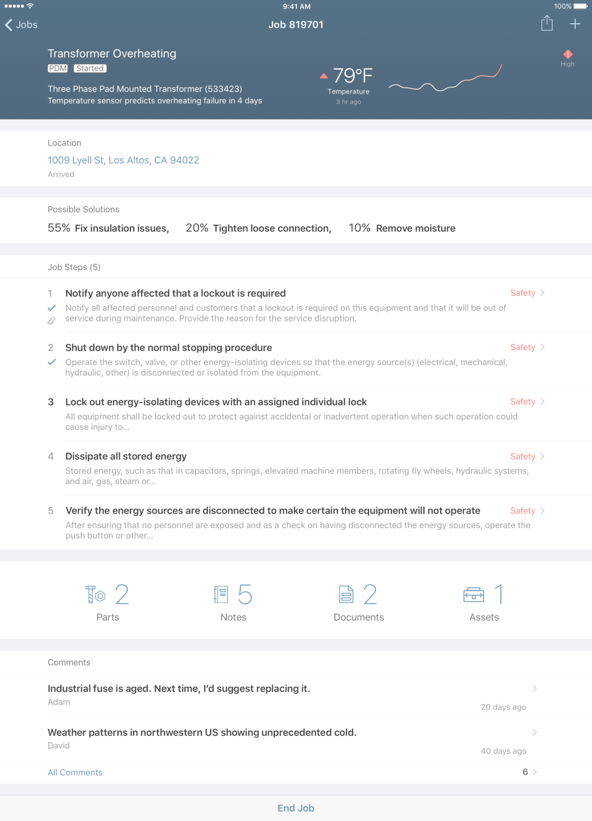 Already today we can easily develop native iOS applications and connect these to exposed services on a system (being HCP, On-premise or something else) in order to consume information. From that point of view a new SDK probably does not blow a fuse – at least not for me.

From my point of view building enterprise apps for SAP customers. The SDK makes a lot of sense. I will be able to deliver apps which provides the customer with the look and feel of traditional (Fiori) applications but with access to the native parts of the iOS device (GPS, Gyro, 3Dtouch, TouchID etc). I can do that without leaving xcode to search for definitions, double checking that your field names are spelled correctly. Last but not least we will be able to tap into the SDK and use the offline capabilities which allow users to continue working even without online access – depending on the use case.

Really – I can’t wait. However it will be a while before we can get our hands on it – the preliminary deadlines communicated so far are:

If you are interested to get your hands on the SDK you could consider signing up for the ramp up/early adopter program.

In the mean time I will leave you with some links on the SAP HCP iOS SDK.