It’s great to get back to South America.  My second trip this year was to beautiful Joinville, Brazil.  I have never been to Brazil before, and so I was looking forward to my first time.

First stop: Sao Paulo.  I wish I had a chance to see more, but unfortunately I had to take a quick tour.  Changing flights from the International Airport in Guarulhos, and then moving to the Congonhas, gave me a chance to take a taxi trip through the heart of the city.  I’m looking forward to coming back again and getting more than just a quick look.

Next, time to head to Joinville.  A quick 1 hour flight, and it’s time to start presenting!

My friend Eduardo Chagas set up a great SAP Inside Track event, which had at least 75 people in attendance.  Both rooms were full, and people were getting some really great information on SAP products and technologies.

I had a chance to present HANA Cloud Platform, for 30 minutes, and had a lot of great questions from everyone who attended.

The next day, Saturday, we held the SAP UI5 CodeJam.  20 people came in (on a Saturday morning!) to try out the SAP UI5. 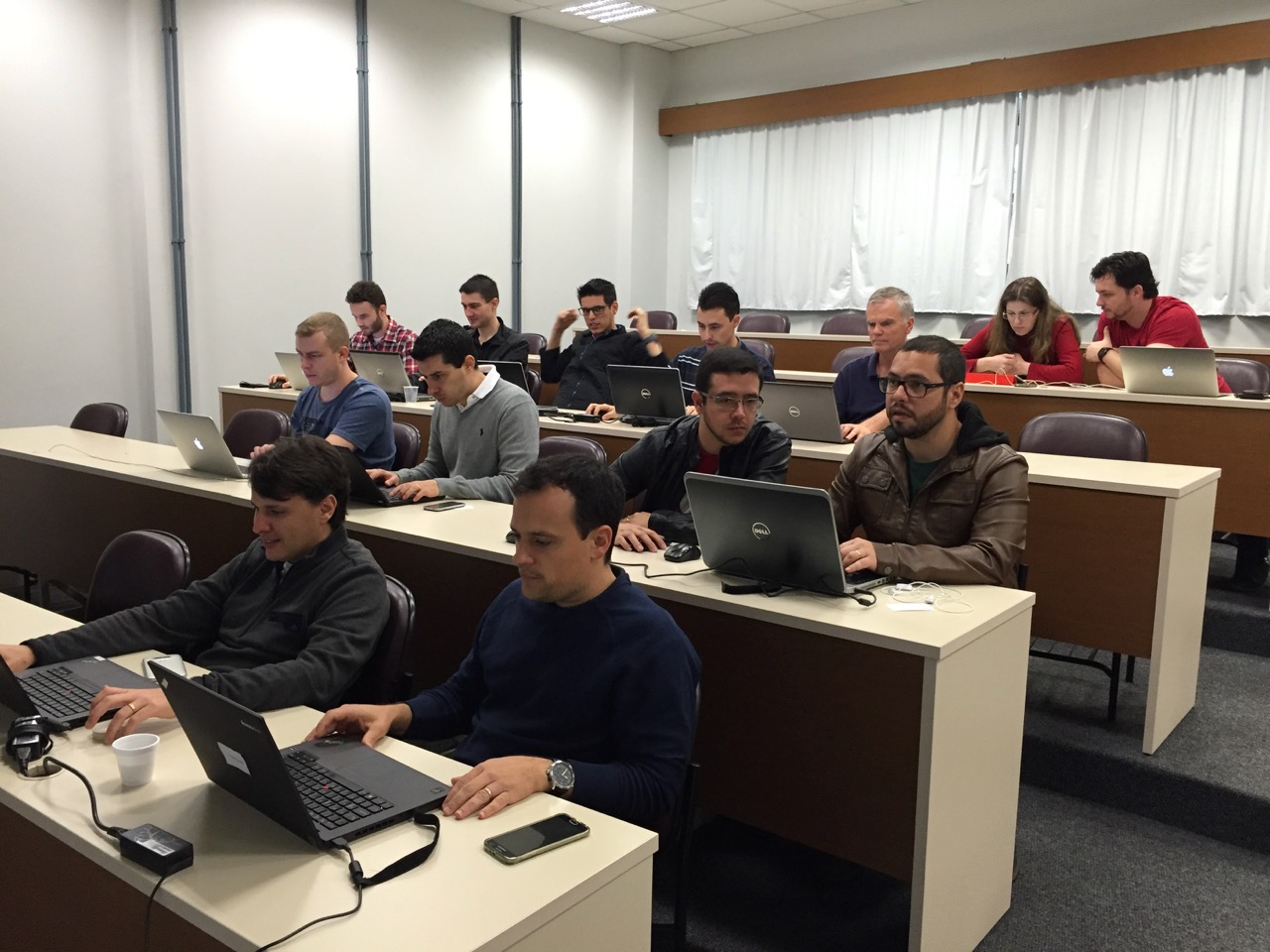 What is great about learning SAP UI5 is that everything is web based.  Everyone in the class commented on the Web IDE, which they had not used before.  They were pleasantly surprised at how much power the IDE has, and how easy it is to create a brand new web application from scratch.  Within an hour everyone had a working application on the screen, and could modify it and update it with data from the odata.org Northwind data set.

One of the two URL’s they really wanted was the Northwind OData API Explorer.  I have used this for a while, but when the first attendee saw it, I realized I should share it more often.  This online tool shows all of the data available at the odata.org site, using the Northwind model we use for many of our demo’s.  Once they could explore the data, multiple attendees started to add new data and information to their screens on their own.  And several commented how easy it would be to build a demo, using this live data, which is exactly what they needed for trials.  I always learn something new at a CodeJam!

I also want to give out a special “thank you” to haissam yebahi, who show his developer skills by tracking down a recent bug in the IDE.  Haissam, thank you!  Excellent work.\

Sunday it was time to head home.  So long, Brazil!  I look forward to coming back soon.

Tks Jonathan for the Great CodeJam. I hope to see you again !!