How can the shipper ensure that all the invited carriers respond within an acceptable range of values? 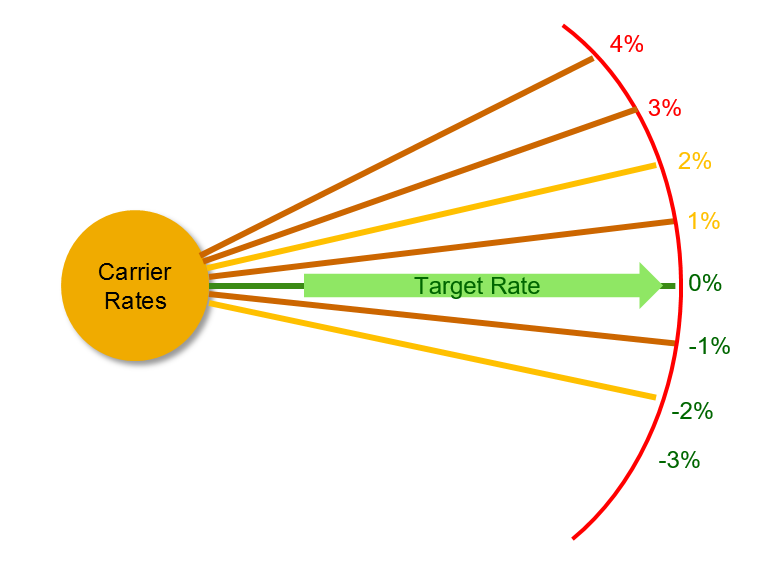 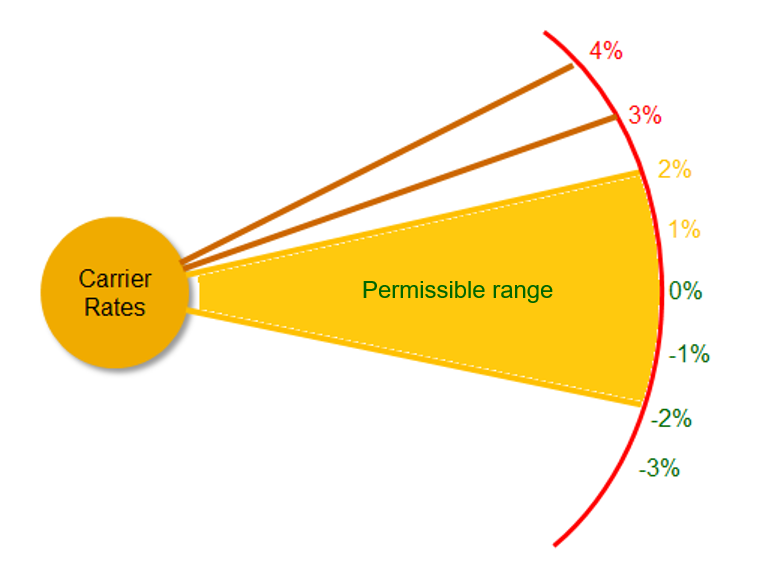 • The shipper sends out the RFQ document to the various carriers

• To inform the carrier of the rate expectations of the shipper, the shipper can now provide such information in the rate table and calculation sheet.

• The shipper would enter his expected rates in the rate table and calculation sheet in the ‘target value’ column.

• Along with the target rate values, the shipper can also enter a ‘tolerance’ (in %) for each target rate.

• The tolerance would not be made available to the carrier, but would help the shipper to filter out the responses which lie outside the tolerance defined for the given target rate.

How can the shipper ensure his shipment is delivered on time? How can the business share allocation be influenced to the various carriers based on the shipment delivery time?

The optimizer takes into consideration offered transit times by carriers which influences the optimizer proposal of business shares. 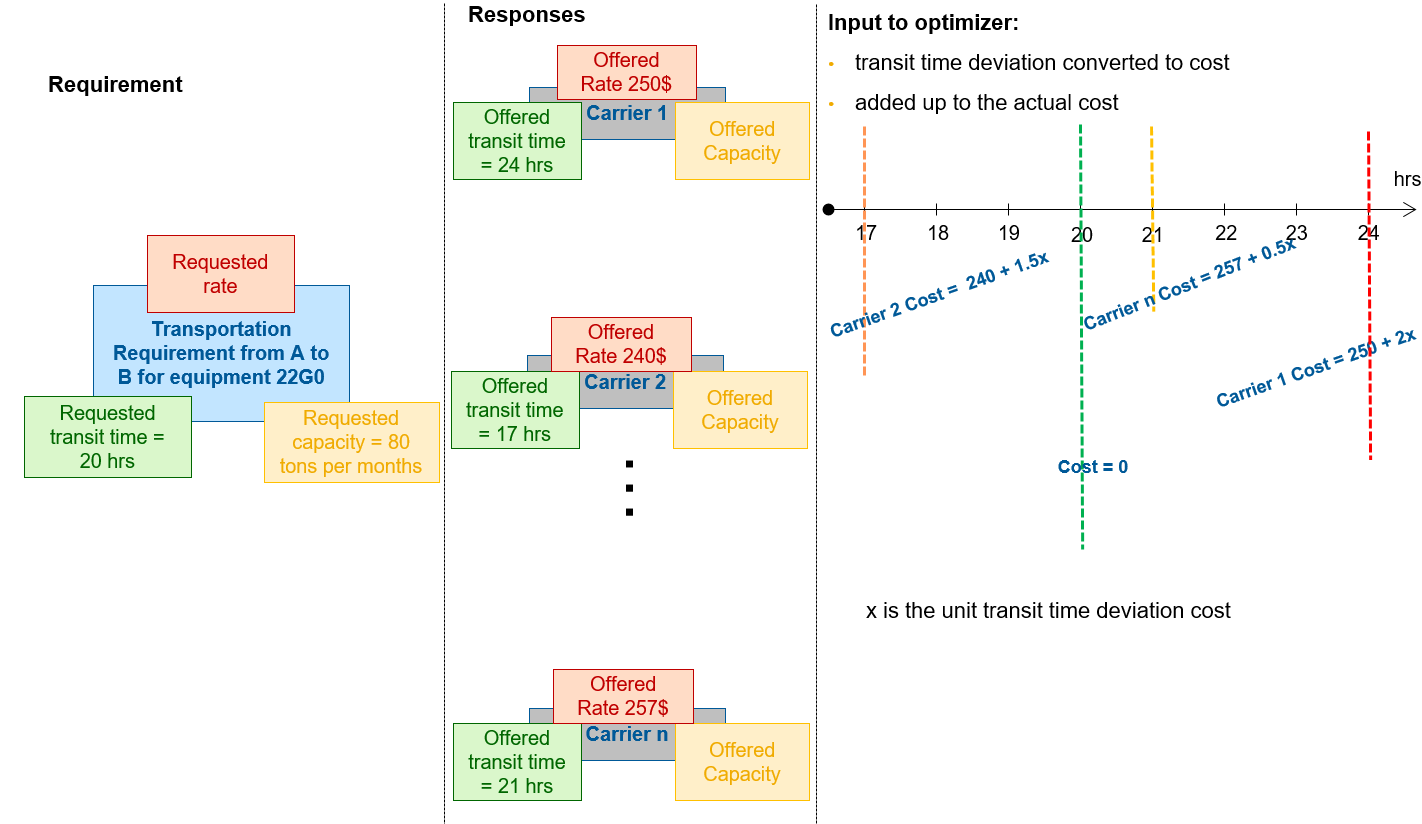 How can I influence my optimizer, based on the historical quantities and cost, to get the most optimal target share allocation for my carriers?

Within the comparison cockpit, the optimizer currently evaluates the responses from the various carriers and allocates a proposed target share of each carrier. The optimization is done based on the cost and capacity proposed by the carrier.

Rate based optimization (existing from TM 9.1): 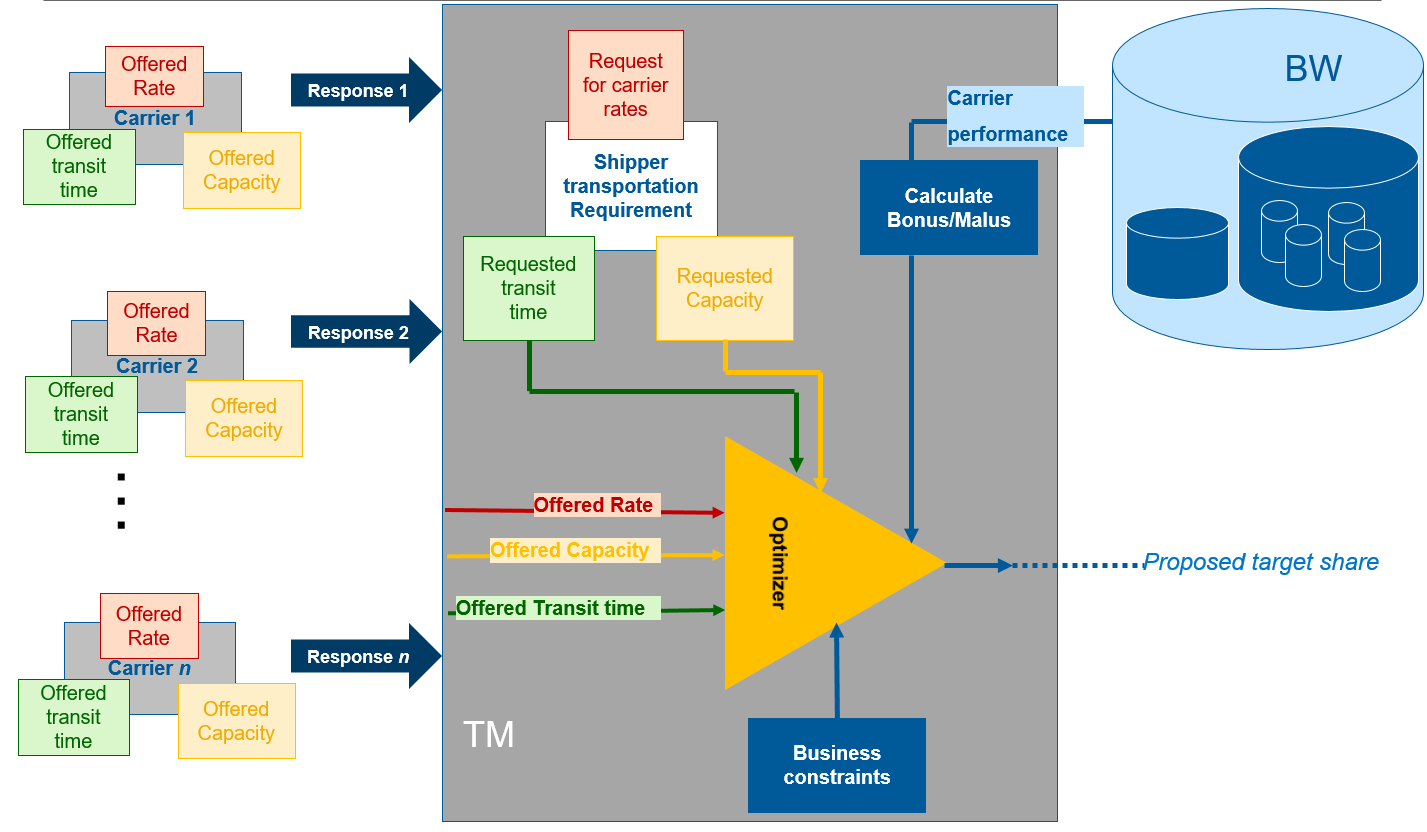 In the above optimization possibility, there exists no way to influence the optimizer based on the historical logistical parameters like the historical demand and spend values. There is insufficient information available in the RFQ to simulate costs and the error probability introduced by the uncertainty of rate lookup with average loads is quite high. 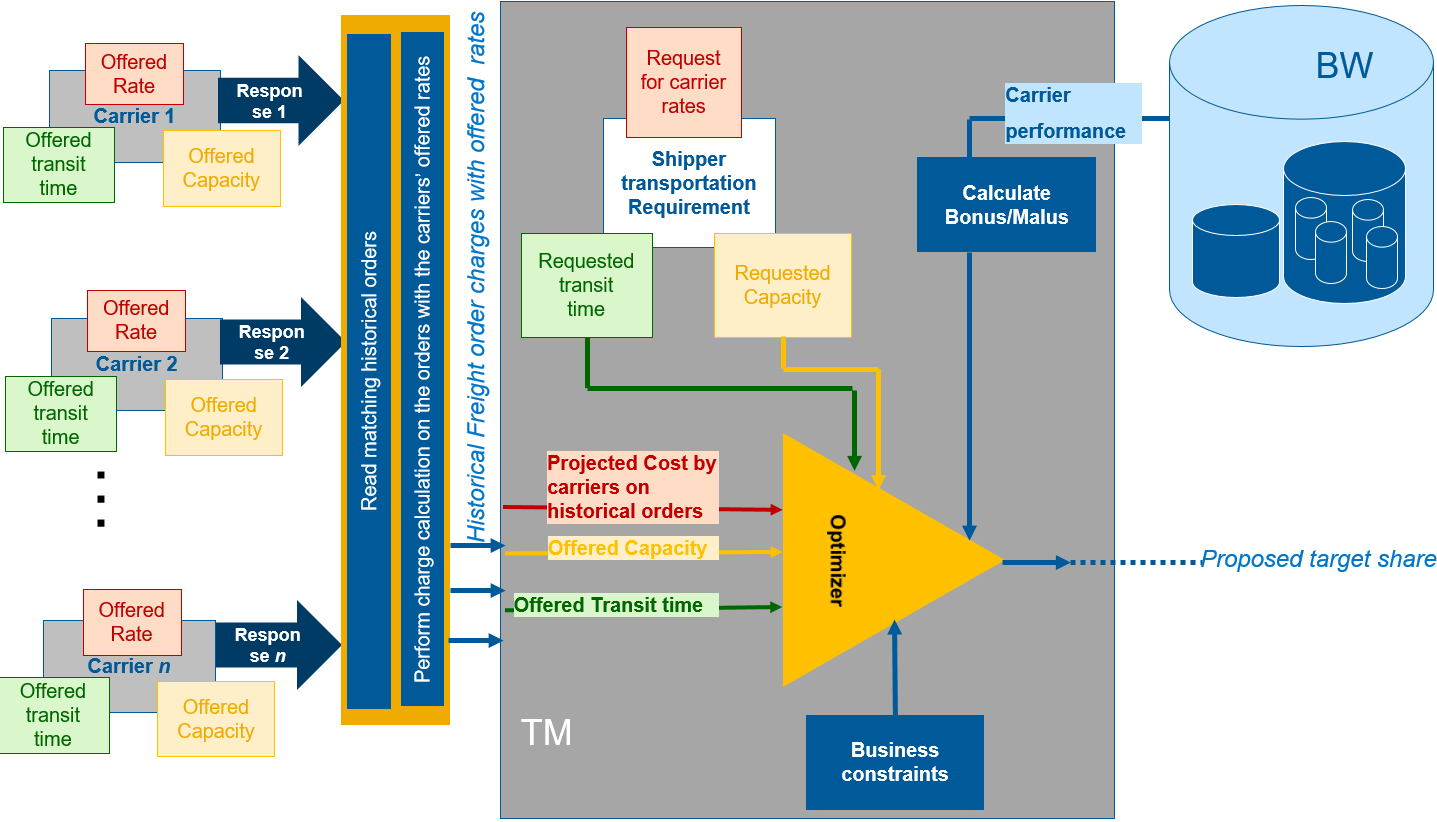 The historical spend value is the amount that is derived from simulating the historical freight orders in the TM system with new rate values provided by the carriers.

The historical quantity refers to the quantity picked from these historical freight orders, which were used to derive the spend value. 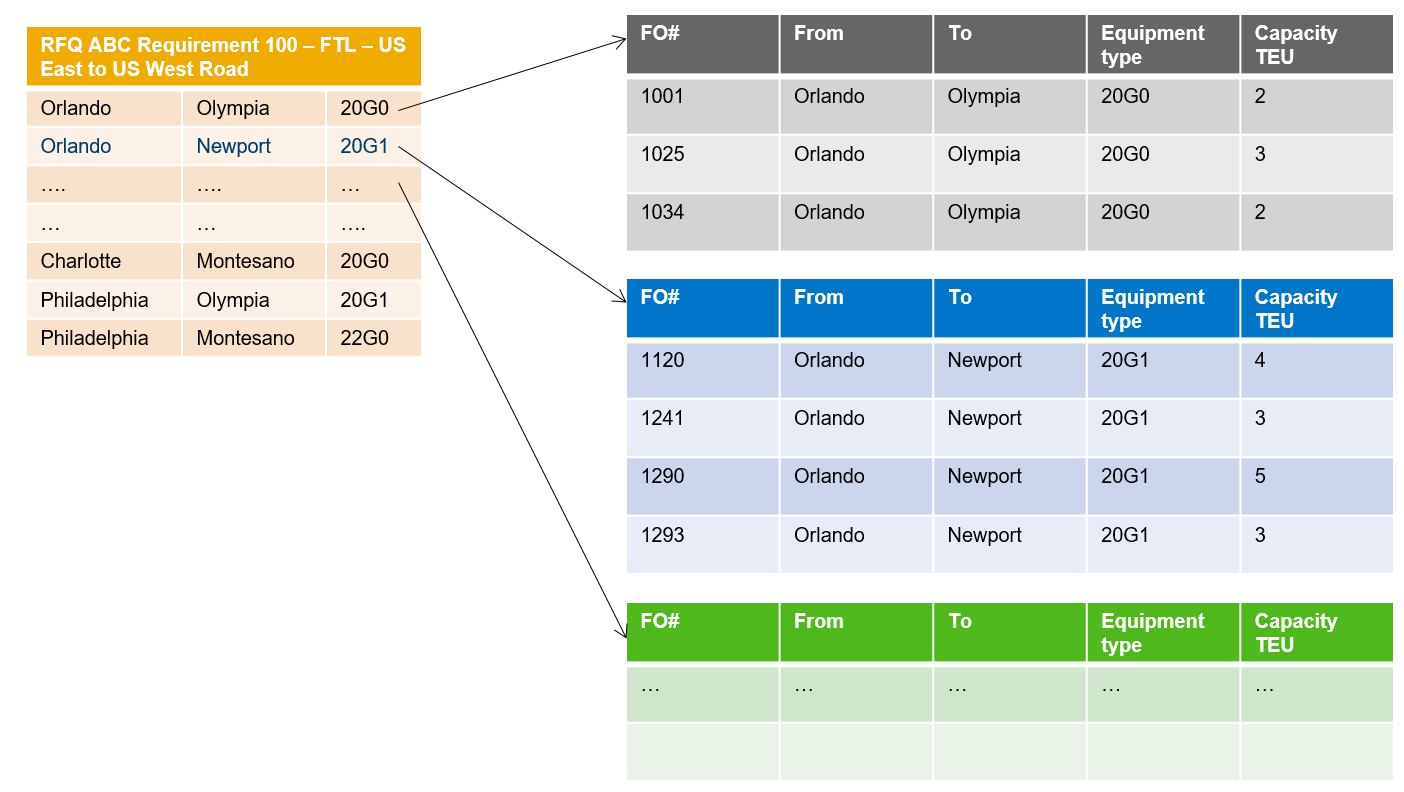 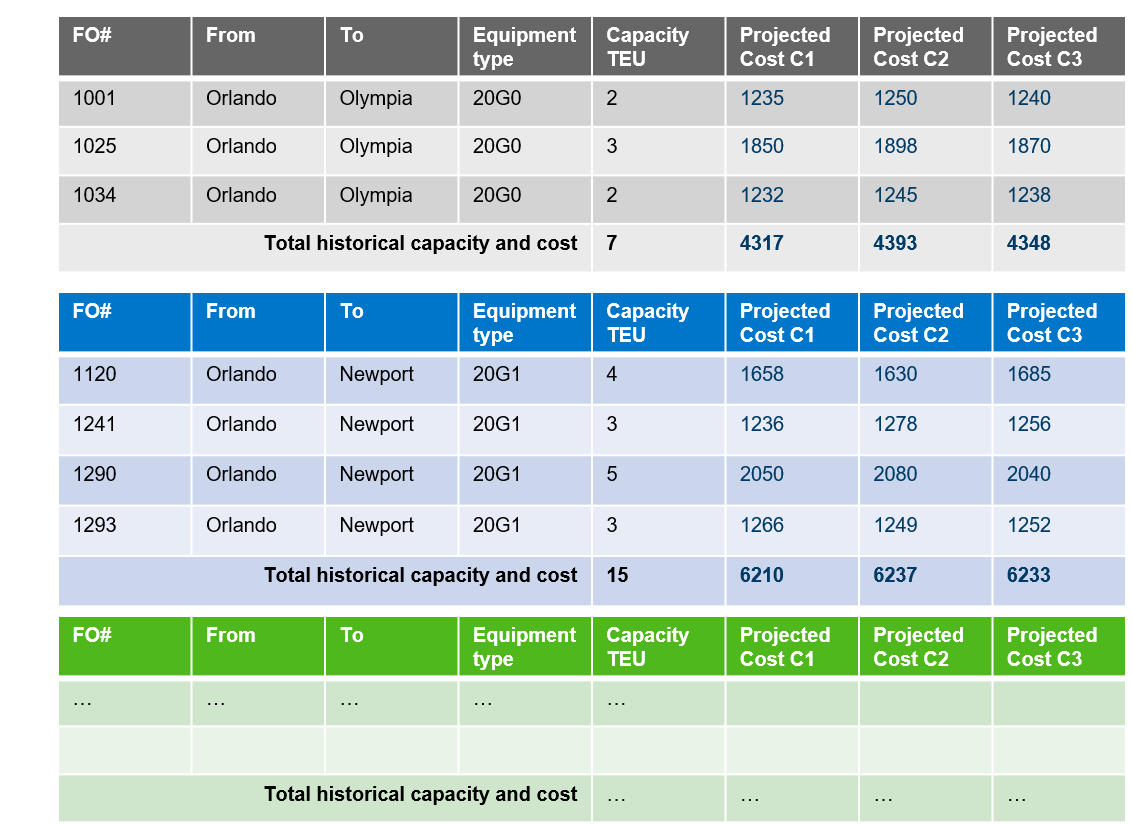 With the invocation of the optimizer now with historical spend based optimization in place,

• Aggregated cost based optimization enables inclusion of multiple rating structures/rate tables and complex calculation sheets during comparison since it reuses charge calculation which considers all complexities and possibilities that a normal freight order calculation performs.

• Aggregated cost based optimization takes away the necessity of structural match 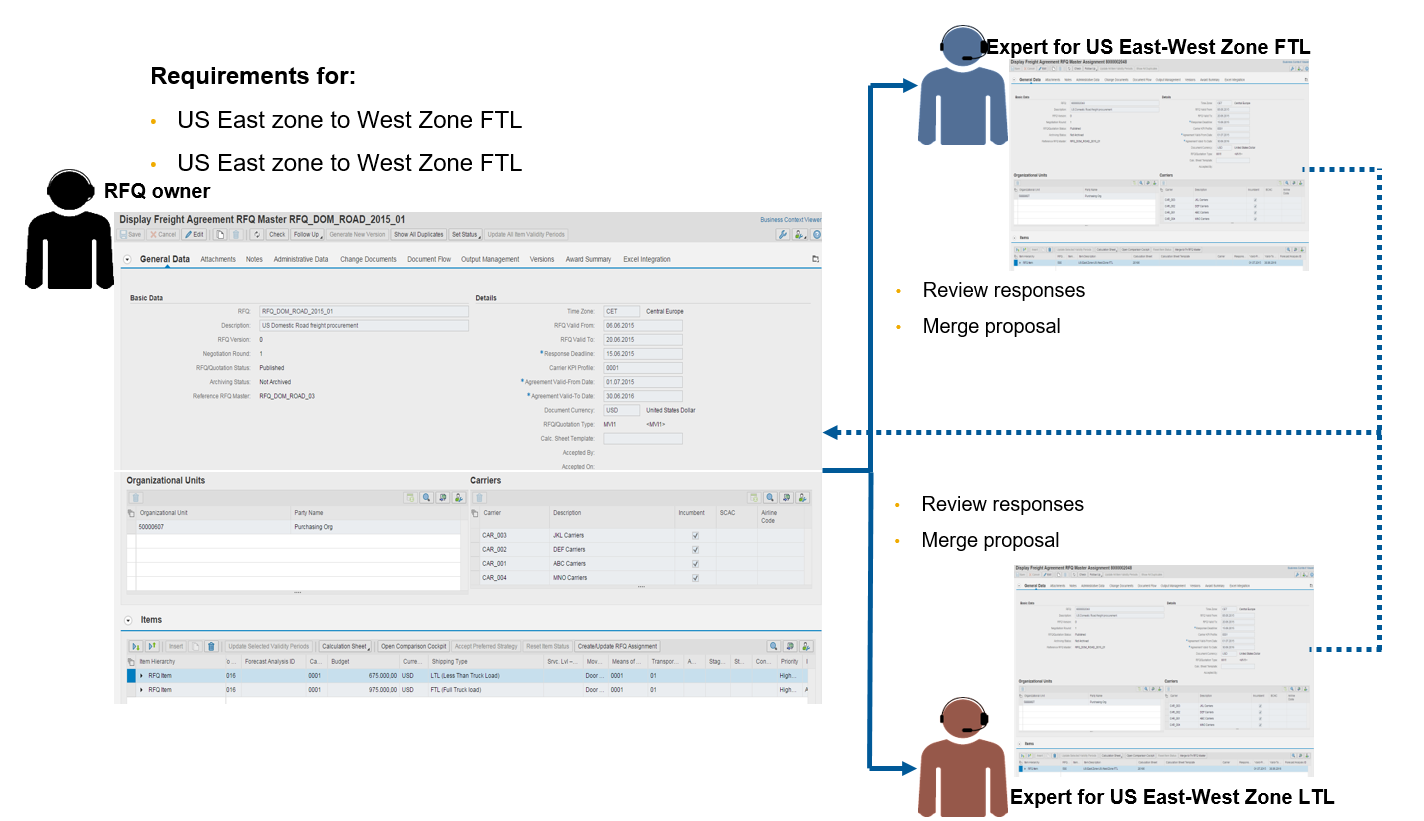 The shipper can create multiple RFQ assignments for one master RFQ. The RFQ user copy shall contain a subset of the items / rate tables that shall be processed by the responsible person.

How could the shipper influence the optimizer with historical carrier performance? 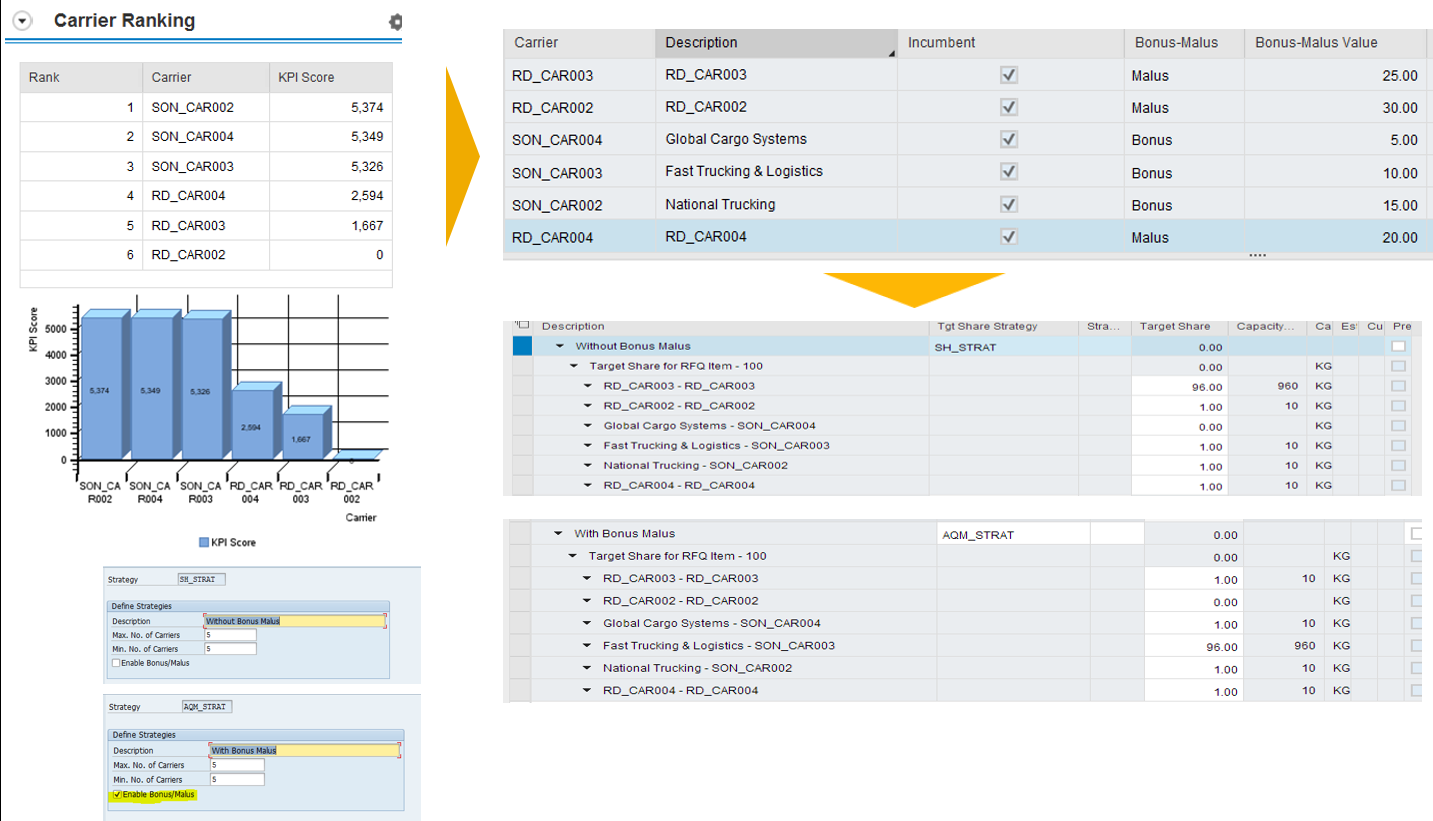 Do check out the podcast session on Strategic Freight Procurement enhancements in TM 9.3
http://podcast.tm-podcast.com/tmp034-strategic-freight-procurement-in-tm-9-3

Do check out the blog on Strategic Freight Procurement in TM 9.1
http://scn.sap.com/community/scm/transportation-management/blog/2014/10/18/strategic-freight-procurement