…but you will have to stop by the AppSpace 🙂

After a great 2.5 days at InnoJam, I was really excited to see what TechEd was all about. We showed up on Monday night just to walk the floor and get the AppSpace ready. The energy and excitement of all the staff was already extremely high, which got me even more excited! 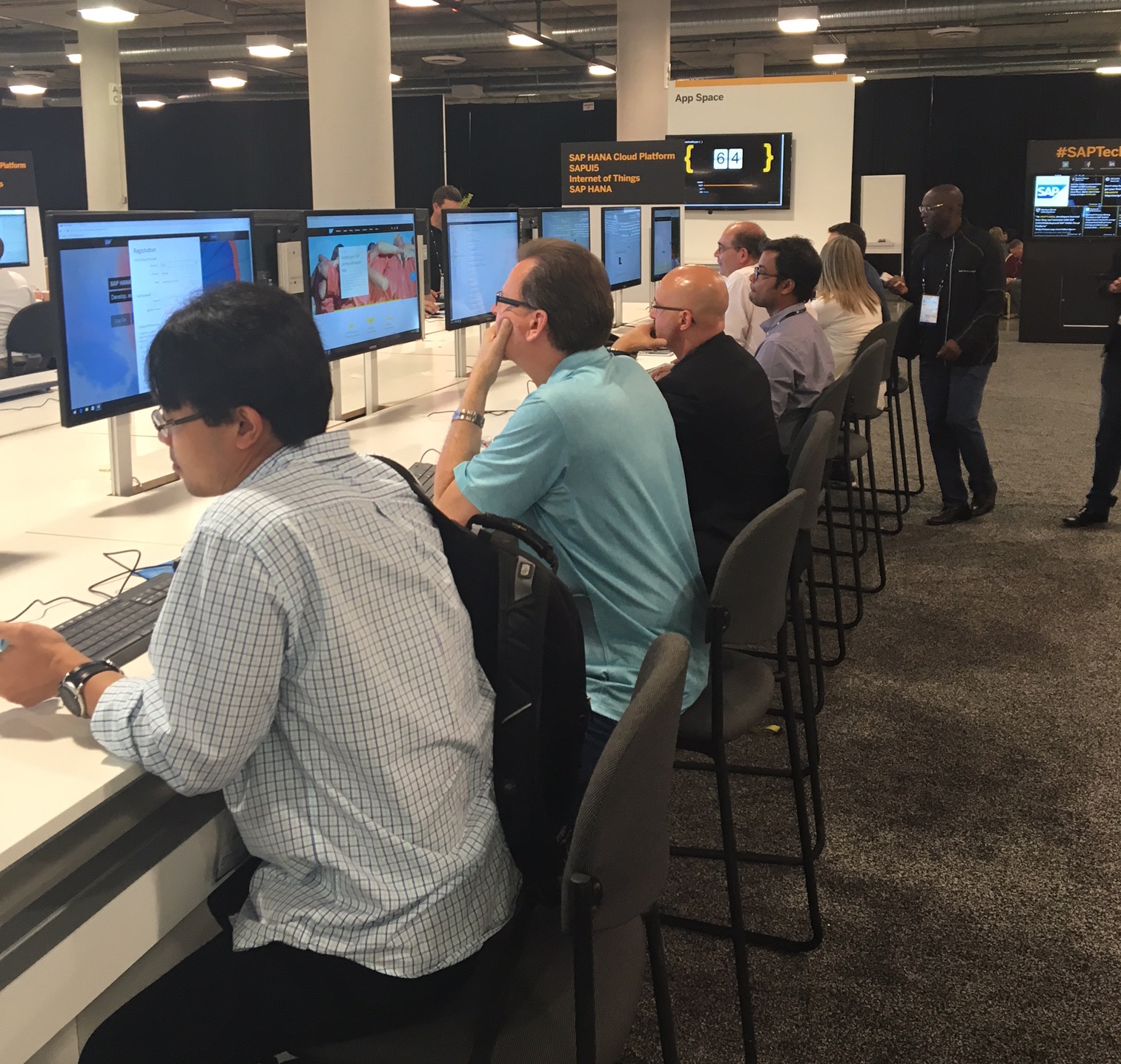 When the Show Floor opened Tuesday morning, our computers started filling up right away. People started building their apps as part of our TechEd 10 tutorial series. The series covered UI5, HANA Cloud Platform, HANA, and IOT. The tutorials introduced OData service, Google Maps API calls, and internationalization. You could even test your app on your phone! 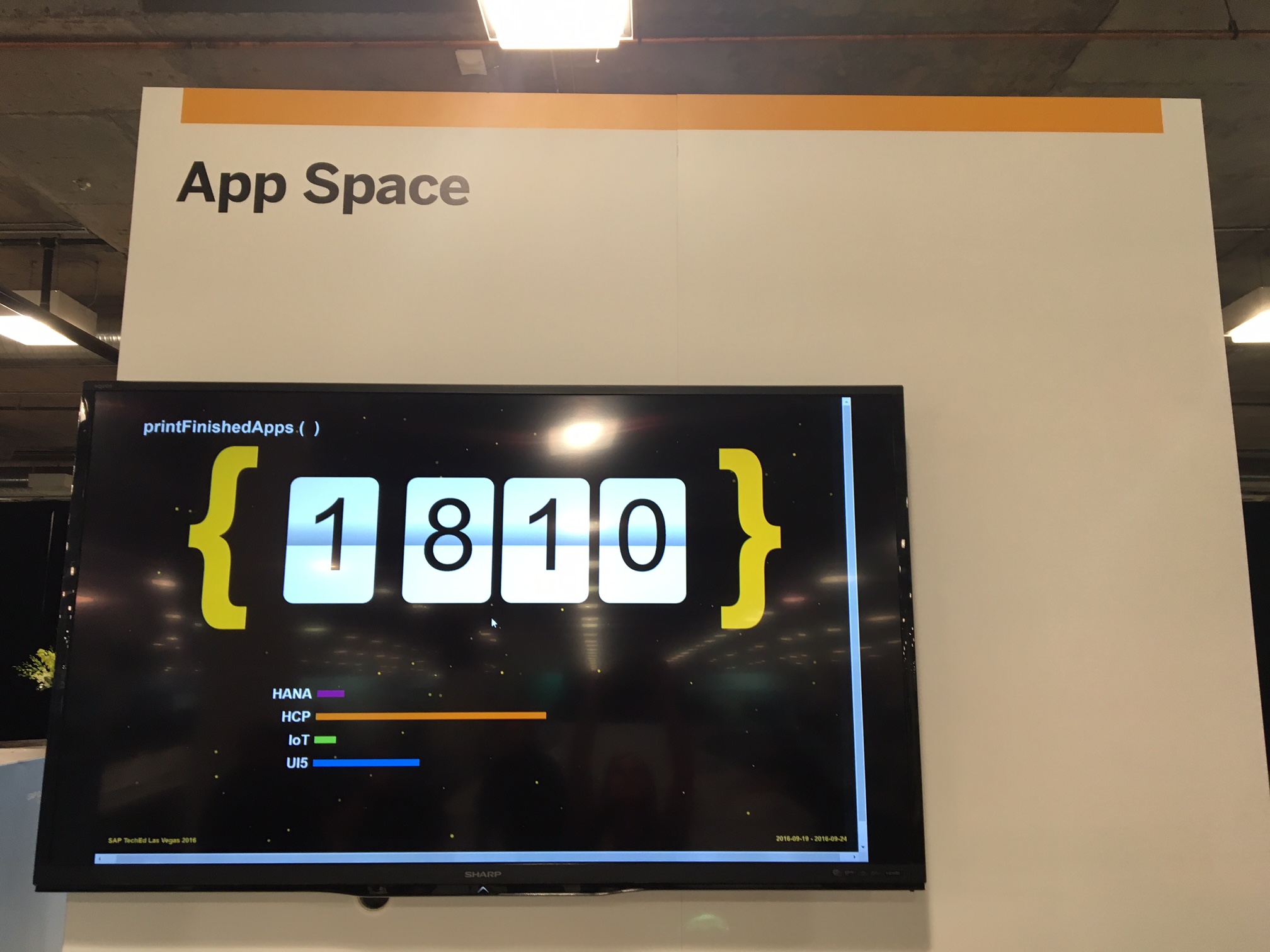 I wrote the tutorial on adding a map to your application using the Google Maps API. Normally, when you write a tutorial, you don’t get to see it in use or get feedback direct from users. It was exciting to interact with the attendees as they were working on and adapting the tutorial I wrote. Feedback I heard during the event was “I was surprised to see how easy it was to add a map and integrate with an external API using HCP”. It’s motivating to know my tutorials are engaging and exciting for users. HCP and WebIDE are super powerful tools for application creation and the attendees were able to see that power from the tutorial series in the AppSpace. 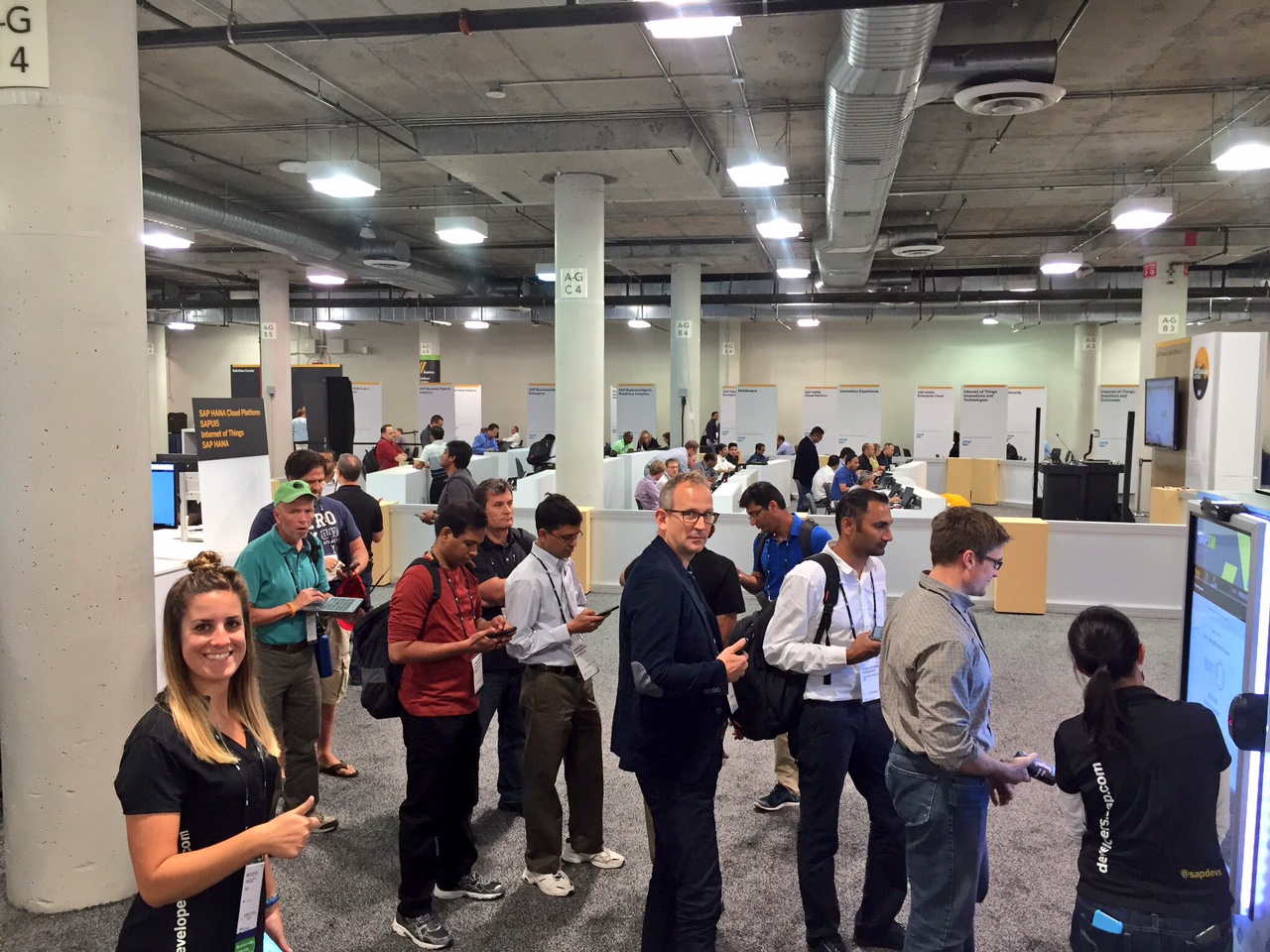 I hope you are ready for TechEd in Barcelona and Bangalore! Don’t forget to stop by the AppSpace on the TechEd Show Floor!