It has been quite an exciting journey for the team of the Smart Driving School since they won the SAP & Volkswagen Innojam at CeBIT. They received start up mentoring, published a number of press articles about their idea and recently they also attended the Bitz & Pretzels Founders Festival in Munich. 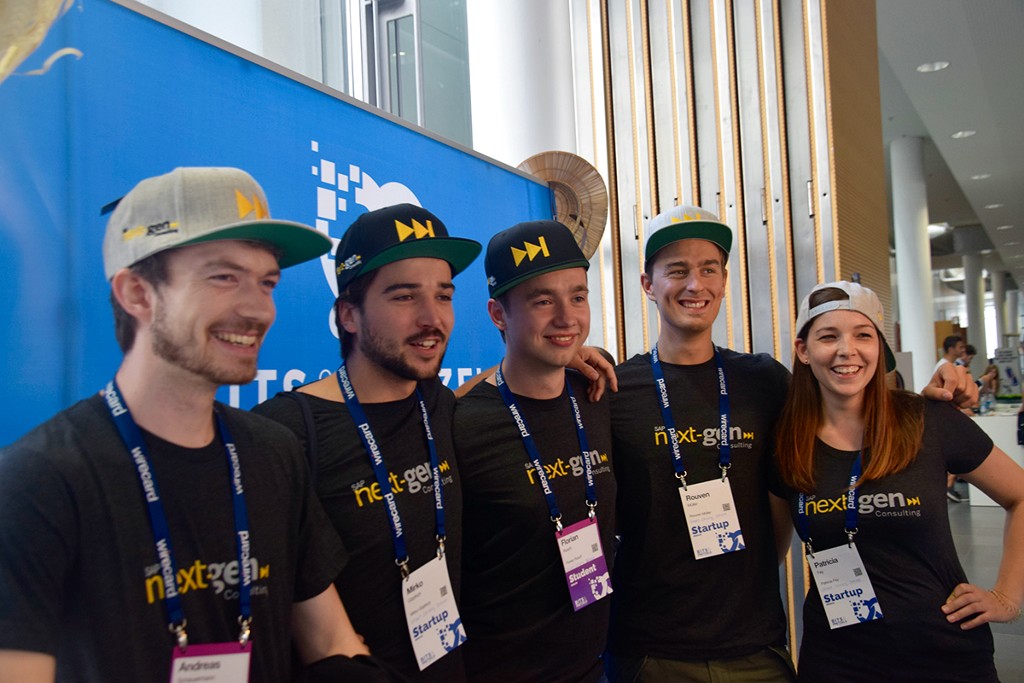 I had the opportunity to sit down with two of the winners and ask them a couple of questions on their time after the big win at CeBIT 2016 and their road to Bits and Pretzels.

So just to get a better understanding of your success, how did you get to the Innojam?

Mirko: “Our story actually began previous year at a different Innojam. I participated as an individual in a random team. We did well and I got infected by the great challenges provided by SAP and Volkswagen. So, when our professor started talking about the Innojam this year again, I asked a couple of friends to join my pursuit, and they ended up bringing along some of their fellow students as well. We pretty much all saw each other in Hannover for the first time as a team.”

What do you think, made the difference this year?

Rouven: “I think the diversity of our team´s setup was a big part of our success. We did not really know each other well, but from the very first moment, we managed to have a nice and productive work environment. On top of this, we had great support from our mentors from VW and SAP. They guided us through the design thinking process, taught us about HCP and Fiori as well as the concept of connected mobility. It was great to be able to learn from such experienced VW and SAP employees.”

How did the idea of the “Smart Driving School” develop after the event?

Mirko: “We received an invitation from the innowerft to join their “Durchstarter” program after we won the innojam. This is a 12 weeks program, which aims for startups in a really early stage of their business. At the end of every month, we were able to pitch our current state of our idea to the other startups in the program. This was one of many great opportunities to receive feedback on our idea in this real startup environment.”

Which role did VW and SAP play since then?

Rouven: “Unfortunately we haven’t really been in touch with VW since CeBIT, however, we are about to get in touch with them soon. SAP has played a large role in the whole Smart Driving School idea. We have been introduced to the IoT LoB of SAP and visited the innovation pavilion at the headquarters in Waldorf. On top of this, we stayed in touch with SAP University Alliance during our development and Mirko will even join SAP consulting beginning of next year.”

So you are currently at Bits & Pretzels. How do you like it so far?

Mirko: “First of all, these last days have been an amazing experience. I admit that I am a House of Cards fan, but I was just blown away by Kevin Spacey’s keynote. He is just such an inspiring person. Besides listening to Hollywood stars, we really enjoyed to chat with other startups about their key to success and potential challenges. There is just so much to learn here.”

Rouven: “I agree, I really liked Kevin Spacey and Matthias Zimmerman, the co-founder of SAP hybris. He really encouraged us to pursue our dream by sharing his experiences and struggles as a founder during his keynote. In general, it was super interesting and exciting to meet SAP employees from SAP hybris and SAP University Alliances. On top of all these exciting things, we connected with many startups from the smart mobility industry. Especially the conversation with the founders of tanktaler was very helpful. They focus on a similar topic and we are going to follow up on aligning ideas and possible partnerships.”

Is there anything you look forward to the most tomorrow?

Mirko: “Well, as we all know tomorrow is a networking session at the Oktoberfest here in Munich. Such a great location to mingle and network. We are super excited to learn from our “table captain”, which is pretty much our coach at our table. He is a very inspiring person that works for Google.”

So now to the probably most difficult question: What are your future plans with the Smart Driving School?

Rouven: “You got us there! We learned a lot since CeBIT. We learned, what can be possible keys to success for a startup and what can lead to failure. All five of us are currently in different stages in our lives, which makes it really difficult to commit to such an idea. We are currently still looking into how we could combine work, academia and our startup idea. Maybe you guys from SAP can even help us with that. 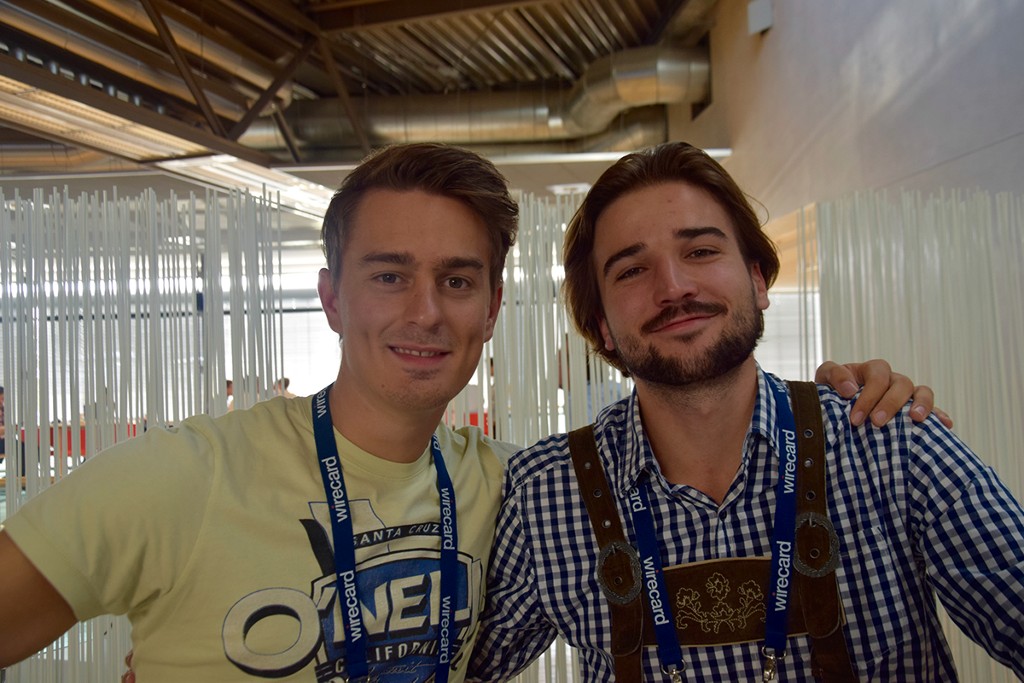