Three weeks before the 4th edition of the EU Code Week, on the 27 September, the European Commission organised an interactive discussion with policy makers, industry, civil society, teachers and young people on how to work together for promoting digital skills and competencies for the 21st century. The debate marked the launch of the EU Code Week 2016, which will take place 15 – 23 October 2016.

Over 70 participants came to reflect together on how far the EU Code Week has gone, how this was possible, and how to move forward and reach out even further to more people. In other words – How to make every week Code Week. The launch event was a platform to discuss ways to foster programming and other digital skills for 21st century work and life in an even more collaborative and sharing environment for everyone.

Kristen Doran emphasised that SAP is committed to empowering youth with digital skills and gave concrete examples of our experiences of digital upskilling, such as our efforts to get more women into ICT roles, Africa Code Week, Refugee Code Week and the Autism at Work program. Last year, over 88,000 children and youth from 17 African countries took part in free coding workshops as part of Africa Code Week 2015. This year, the goal is to enable 150,000 young Africans across 30 African countries to learn coding basics, and to reach 10,000 refugees with the activities during the Refugee Code Week. The key to the success of the Africa Code Week and the Refugee Code Week is the multiplier effect of training teachers and educators.

After the debate, SAP and some of it partners in the European Coding Initiative presented their technology and learning materials and gave the participants the opportunity to try out, experiment and share coding activities. 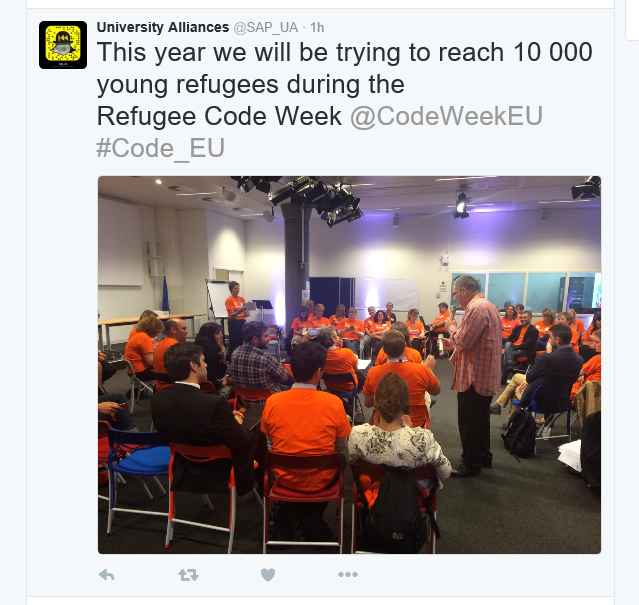 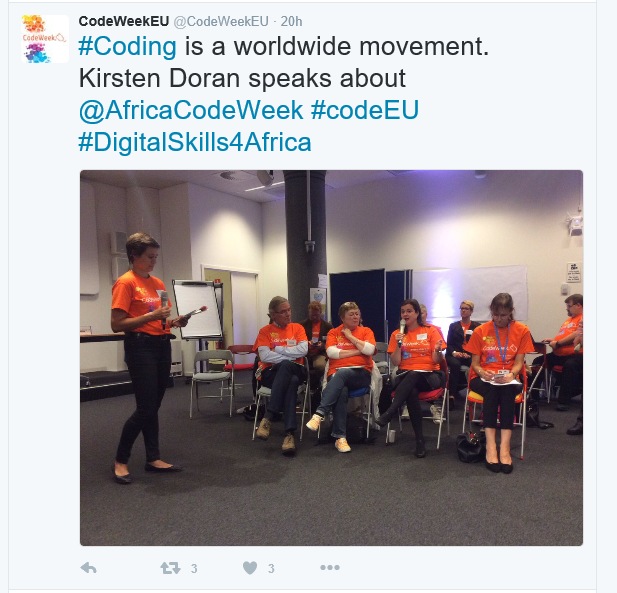