Can Renewables Be To Blame ?

Some would cast suspicions towards the growth of renewable energy sources as a causal factor in grid disturbances.  We have all heard of the megawatt draining clouds and the calming winds that drop outputs.  Still this week’s specific event in Southern Australia cannot become a weapon to whip renewable energy around!

There is no disputing the hub and spoke model that was practical and visionary in Edison’s day needs some re-tooling to be able to cope with the injection of energy from the newest crops of suppliers.  While it is agreed by most that the complete rip and replace of the grid isn’t going to happen, the deployment of smarter, faster and more data intensive solutions and devices will allow the peaceful and reliable co-existence of carbon and carbon free energy.  Even with the latest technology, we still we have “Acts of God” that challenge the coping of the networks.  So in light of the progress that we have made on renewable energy, we just need to guard against and educate those that would “throw under the bus” renewables any time there are notable grid events.

So how can we separate the fact from the fiction and give the emerging and rapidly growing renewable energy sources a fair shake when it comes to grid stability?

So what happened?  It seems that they were rocked by significant weather that toppled transmission towers and brought down many miles of distribution lines leaving the states capital Adelaide and surrounding areas without power. 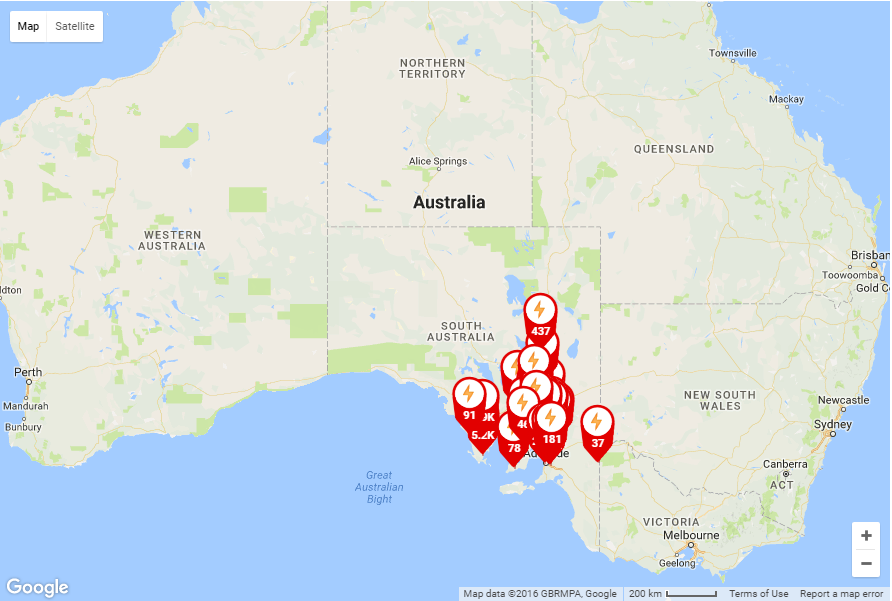 Immediately customers, regulators and critics start looking for the “culprit” to hang such an event on.  When the power is off in a widespread urban area someone has to pay, and many believe that there must be a single cause to point the finger towards when economic impacts from lost production, spoiled stocks, wages and the like mount quickly.  Couple those losses with the recovery costs to erect towers and restring wires which given initial estimates of the damage will most likely will end up in the tens or more of millions.

SA Premier Weatherill went on record stating essentially that damage to critical infrastructure caused protection devices to act which in turn triggered the widespread outages.  So what does that have to do with renewable energy and why would some see this as a chance to point fingers towards renewables?

Recently SA has seen a marked increase in renewables while coal facilities have been recently cut out of the generation mix as of May.  Now that the area and its citizens are powered by Gas, Solar, and Wind renewables can become an easy target when things go bad.  Still it seems and according to local experts the weather event would have netted the same result even with the generation mix of by gone days.

Now the focus is on the recovery which is being hampered by a lack of sufficient “boot strapable” energy sources that will supply power to the generators to start their plants again and recover the grid.  It’s a bit of a catch 22 position that they find themselves in – still the renewables are not the culprit, in fact they are standing by to contribute energy.

My prediction is that the investigation will show that the severe weather coupled with out of service interconnections and grid elements ultimately led to the acting of grid protection devices to prevent further damage.  Could there have been faster protection schema elements to mitigate the event or should the utility have more boot strapping generation sources prestaged at key generation stations?  Probably and most likely given the weather they would have mitigated but not prevented these outages.  Still these are all questions that will undoubtedly be hashed out in board rooms, court rooms and I would argue best handled over coffee with engineers that understand the need for balance in reserve while we learn and grown a healthy future that has carbon free renewables front and center.

In a closing recommendation – to augment the obvious physical improvement and recovery, I’d suggest bringing in solutions and engineers that understand the tremendous amount of data that is available for their analysis and operational needs.  Implement tools that bridge the ITOT worlds into one and allow insight from mass data to be turned into action to make smarter decisions.  Look to SAP Hana and PdMS to enable a movement known as “Insight to Action”.