IoT for Agribusiness: The Quadcopter Cowboys

Two software developers are combining their interests in drones and horseback riding to create IoT solutions for agribusinesses worldwide.

Cattle farming has evolved since the 1800’s when cowboys drove cattle along the open ranges of the American West. Although it’s become big business globally, ranchers still lose sleep over the same questions: Where are my cattle? Are they healthy? How many calves were born last week? Do my animals have enough grass and water? Which predators are in the area? All of these factors can influence the rancher’s bottom line. 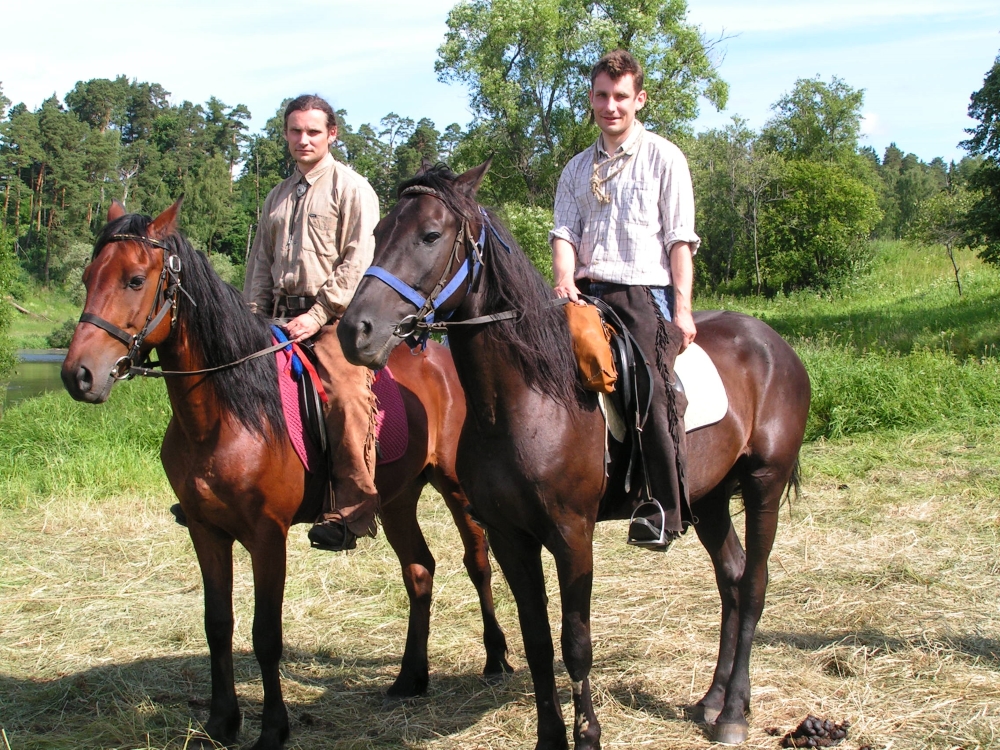 The economics of cattle farming increasingly favors big herds requiring ever-larger grazing areas managed by fewer caretakers – from ranches in the USA, to China, Brazil, India, Argentina or Russia. And the numbers are truly staggering. One major agribusiness in Russia, for example, aspires to grow its herd to a million cattle grazing across 1,000 square kilometers. Monitoring territory of this size is a huge task, so farmers are increasingly looking to technology for answers, and they’re finding inventive solutions based on the Internet of Things.

Enter the “quadcopter cowboys,” Alexander and Oleg Bolgarin, two brothers with similar hobbies and the same employer: SAP. The two brothers are passionate software developers, avid horseback riders and drone pilots. Their entrepreneurial idea to help ranchers sleep better: Collar cattle with sensors, connect the herd to the cloud and apply drones as “mobile base stations” to ferry cattle data to a central cloud-based platform.

Digitalize to Feed the World Sustainably

SAP supports the Bolgarin brothers’ passions by giving them time and resources to develop a prototype. They are currently in discussions with one of Russia’s largest agribusinesses, which has shown interest in applying the IoT solution supported by the SAP HANA Cloud Platform.

In all industries, agribusinesses are becoming increasingly digitalized, a development which is viewed by many as key to feeding the world sustainably. Digitalization of their processes enables agribusinesses to increase productivity and manage food supply chains sustainably and transparently “from farm to fork.” Early adopters of IoT solutions in crop farming have already shown that sensor data across farms can be collected and analyzed on a cloud platform.

The production process on cattle farms is similar worldwide. Mother herds graze in open green fields, bearing calves. Bulls reaching 220 kg are moved to separate grazing fields to mature. At about 400 kg, ranchers move the cattle to more densely populated feedlots where they remain until slaughtered at around 600 kg. The cycle is continuous and the challenge is to maximize output while ensuring quality while minimizing operating costs.

Spotting the Calves, Protecting the Herd The prototype developed by the Bolgarin brothers envisages a cattle collar with sensors for location (GPS), motion (accelerometer) and temperature. Batteries need to keep the collar transmitting for the life of the cow, up to three years. According to Oleg, the current cost per collar is about $25. He believes, however, that the cost will drop significantly.

Sensor data can be combined to tell whether a bull or cow is sick, trapped, lost or deceased. According to one study, accelerometers can distinguish up to nine different cattle diseases. Temperature can indicate a dead bull, which if left undetected might spread disease to others. An animal which is alive (temperature) but static (GPS) could be injured or trapped. The pictures delivered by a drone can also deliver useful information about a herd, such as pasture grass quality or the number of newly born calves. Where it’s clear that predators have struck, ranchers can take preventative measures.

As with any operation in remote territory, there are technical challenges. Perhaps the most innovative part of the Bolgarin brother’s solution is the way sensor data is transmitted from the herd to drones. RFID can transmit only 10 meters, Bluetooth is susceptible to weather conditions, and mobile communications networks seldom support underpopulated rural areas, so all three were not viable. Alexander and Oleg therefore outfitted drones and collars with a low-power wide area network (LoRa) transmitters and receivers. LoRa is a relatively new communications method intended for wireless battery-operated devices that supports sending data long distances at very low data-rates. The interesting part begins once a drone completes its mission autonomously and returns to the farm with herd data. All sensor and picture data are uploaded to SAP HANA Cloud Platform for evaluation. Cattle farmers can immediately analyze and evaluate the data to gain near-real-time status over their herds, develop action plans and even make predictions that support upstream and downstream processes of the business. With the information, cattle farmers can more easily adopt a “management by exception” working model, which helps them optimize the way resources are allocated. And perhaps they can even sleep better.

Along with other colleagues from SAP, Alexander and Oleg Bolgarin continue to refine their prototype with the hope of launching a finished product that will be applied by cattle ranchers worldwide. When they are not horseback riding or thinking up new uses for their drones, they are busy in SAP’s Globalization Services team at SAP Labs CIS in Moscow. Alexander localizes SAP’s procurement applications to markets in the Community of Independent States (CIS), while Oleg is product manager for SAP’s logistic solutions in Russia and other CIS countries.