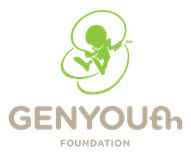 To follow up on Improve Youth Wellness with Data Viz in the Clo… | SCN I was honored to be a judge and participate in this event, along with about 100 people (80 attendees with 15+ experts, 4 judges).

This year’s event focused on GENYOUth, which partners with organizations like the NFL and the National Dairy Council, to improve health and wellness for children in school.  I have heard the NFL Play 60 (each child should play at least 60 minutes a day) on the radio, and this is from this program.

The event was sold-out, and every seat was taken.  Data was provided to each of the teams, and their task was to use BusinessObjects Cloud to provide insights on the data.

Most of the team members had not seen BusinessObjects Cloud before, and speaking with the experts, not all the features of BusinessObjects Cloud were available – no modeling, data exploration, for example.  So it is amazing to me that in roughly 90 minutes that teams were able to show visualizations and provide insight.

Other judges were as follows:

So it was amazing the HoosiersPI team (University Alliance members composed of University of Indiana and HPI-DE) won the event.  It should be noted that I noticed the team used a white board a great deal during the event.

Congratulations to all.  Every participate received a Google Cardboard VR headset.

To look back in pictures see this Animoto or watch on YouTube: