On September 16, 2016, Moscow hosted the first SAP Support Summit event in Russia and CIS, which was dedicated to the value that support brings for business and IT. Today, support makes up 54% of SAP’s world revenue. The company’s strategic objective is to continue developing this business by support value promotion among our customers.

The Summit was held in a unique live TV broadcast format, which was organized in International Multimedia Center. The TV studio allowed SAP to produce shows in various formats, from an entertainment morning show to a serious evening news program. The diversity of formats, examples, and opinions made it possible to convey the importance to each client of support. 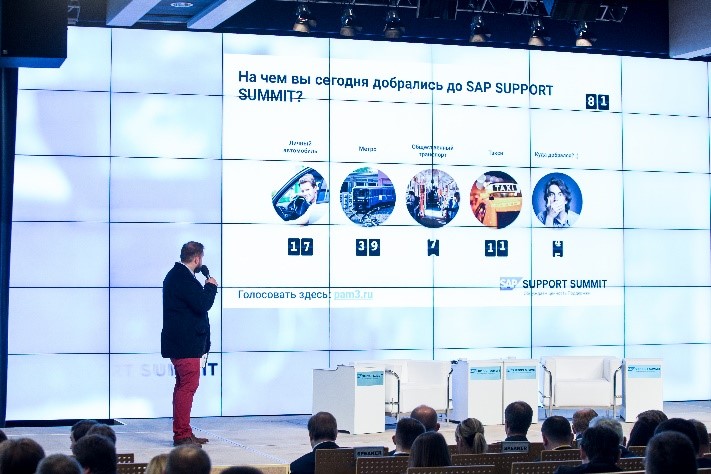 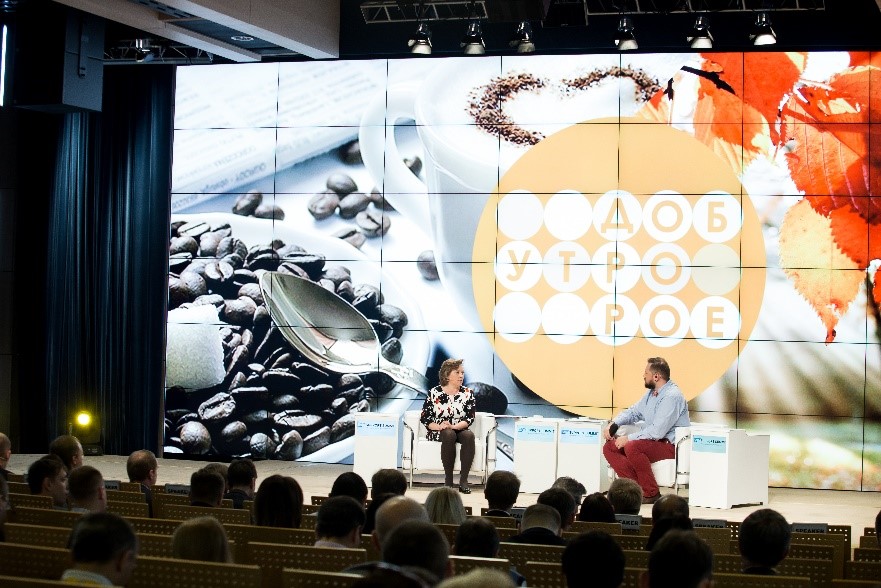 The event began with an opening video, which was designed to relate, how support has changed together with changes in technology and to stress the importance of support in companies and people lives. The video also conveyed the key role of IT support for modern digital business.

Natalia Parmenova, COO SAP CIS, and Paul Helms, Senior Vice President, SAP DBS, Global ES&PE, EMEA, opened the Summit. In her opening speech, Natalia raised the topic of how IT support influences business as a whole. She emphasized importance of services and solutions that come with maintenance contract our customers have.  Paul Helms spoke about digital transformation and how SAP and SAP Support can help customers to become digital successfully. The Summit was broadcast online in European Mission Critical Centers in St. Petersburg, St Leon-Rot, and Dublin. Thus, we were able to show the advantages of the global Support organization and its ability to quickly resolve critically important situations for customers. 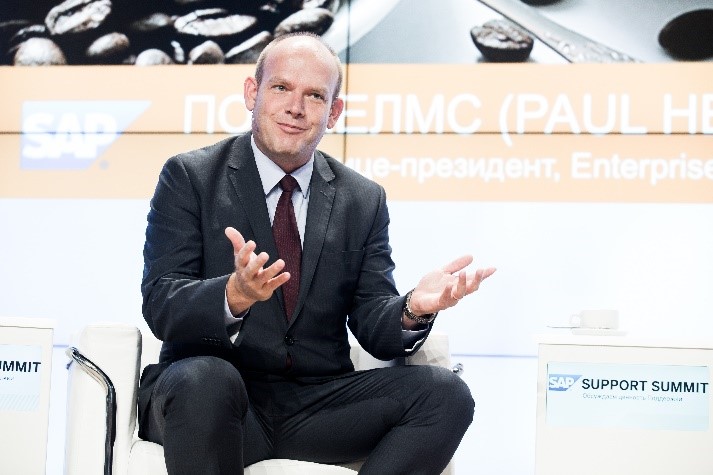 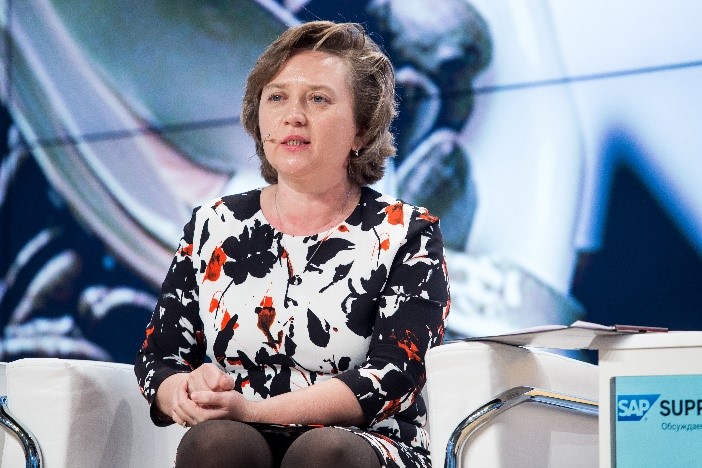 The program contined with panel discussion between key Russian customers (Megafon, Cherkizovo and Sibur) and Eric Semmler, VP of Support Services for CIS and Eastern European Region. They spoke about service model for IT management and the future of cooperation between IT and business. 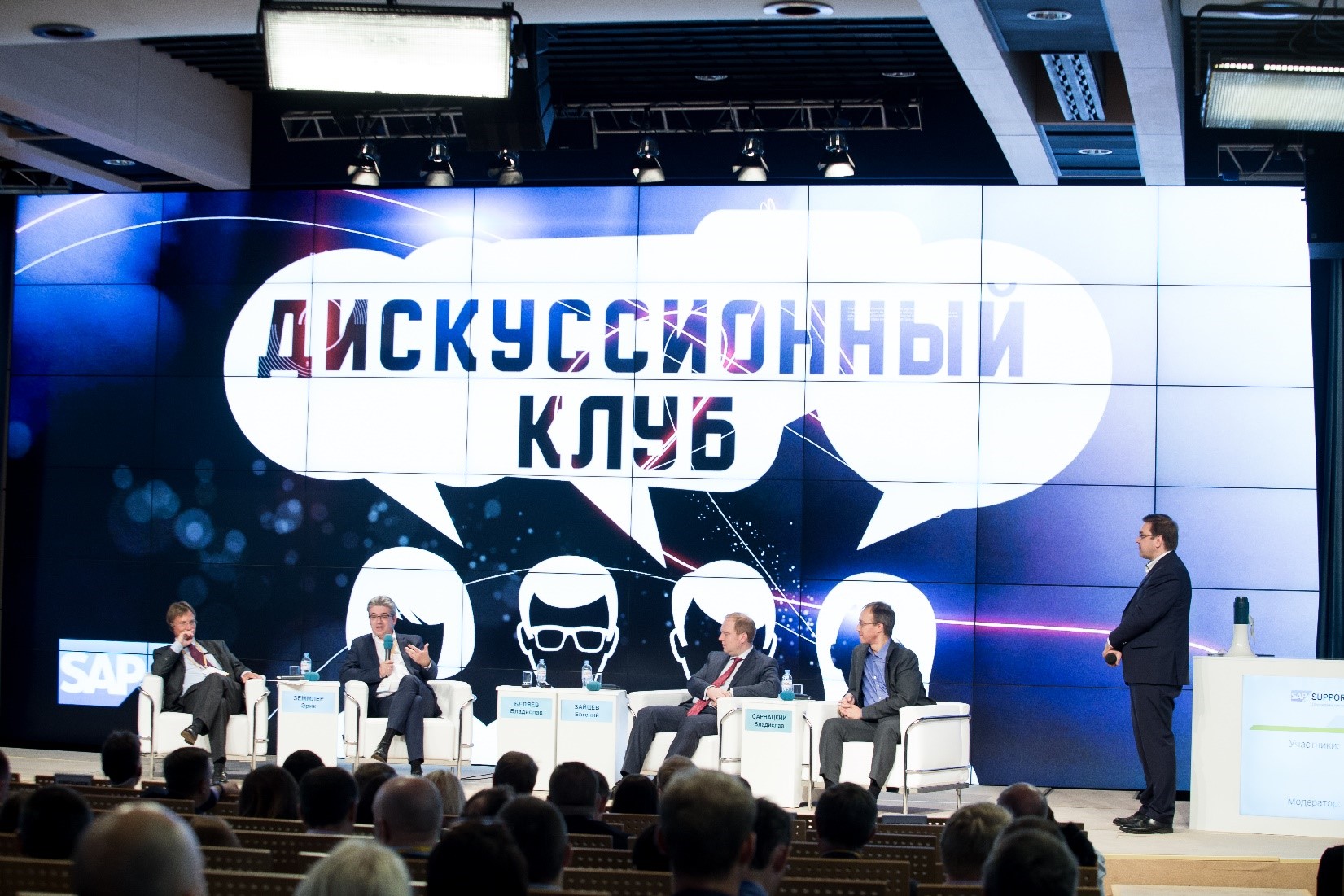 The program continued with 4 parallel sessions, each dedicated to ca ertain part of the Support and included customers presentations. During these sessions SAP experts and customers presented 12 reports, which included case studies of GK Cherkizovo, PAO Sberbank, PAO Severstal, and AO Georgian Railway. These companies shared their experiences with the audience about how they used SAP support services and the results and business benefits that they were got.

The visual design of the event, room decoration, and exhibitor booths were all important elements that were used to drive key theme of the Summit: the Value of Support.

A corporate identity representing the value of support was especially designed for the event. It was made up of 4 hands, each of which represents a specific element of the value: Mission critical support, collaboration, empowerment, innovations support. 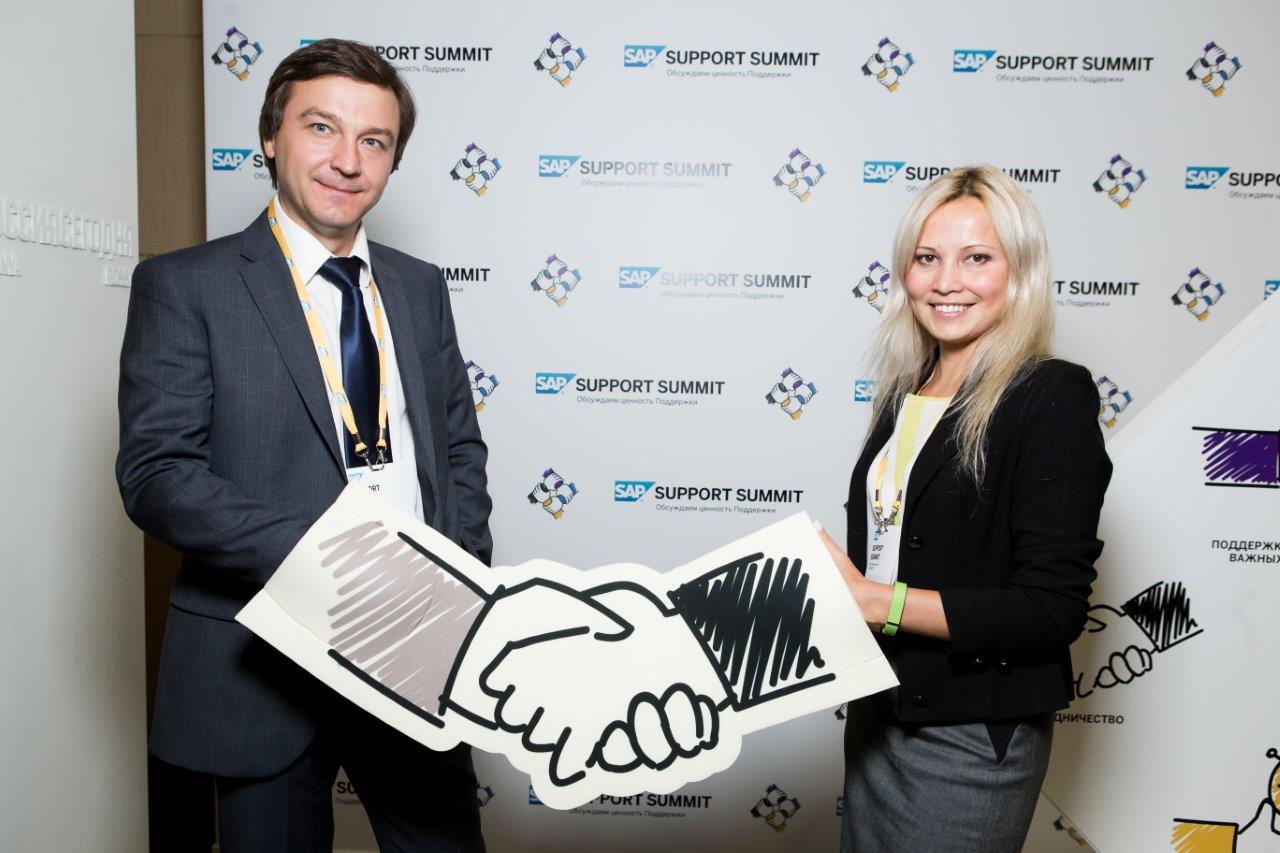 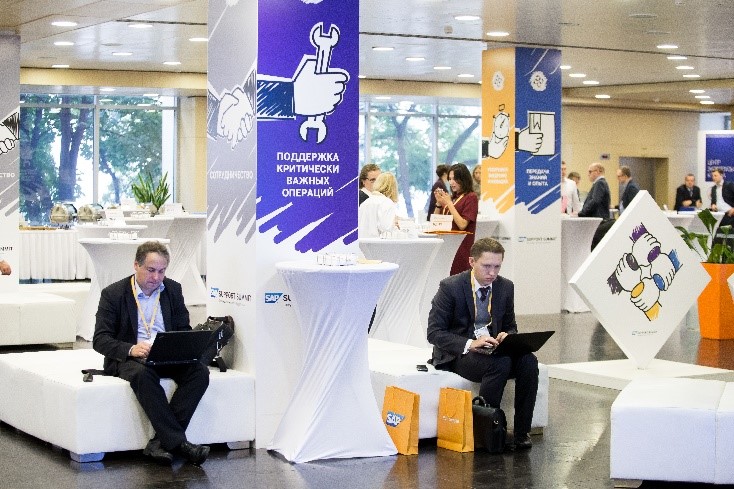 At the end of the program we had an award ceremony, which recognized our clients for their excellence in the area of support.

Thank you for all colleagues who were involved in Summit preparation and its successful realization! 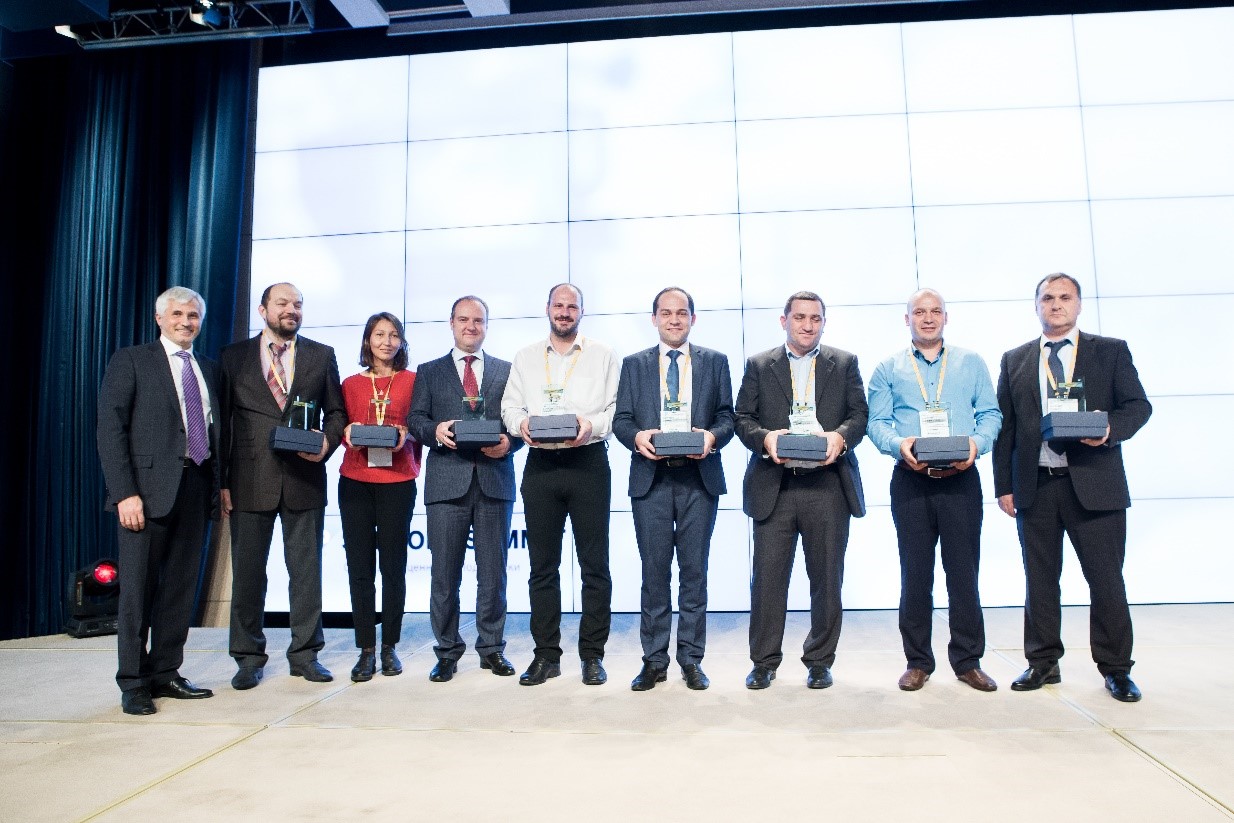 Many thanks for all involved in making this event successful. SAP Support Summit was a great successor of our annual SAP Enterprise Support Day that we did last 4 years in Moscow. It is pleasure to see rising number of participants every year.