Innovation in retail is no longer an option; it’s essential for survival. But turning innovative ideas into reality isn’t easy.

At the 2016 SAP Retail Forum, Dan Shapiro, Founder and CEO of Glowforge, shared how he turns innovative ideas into popular products and profitable businesses. 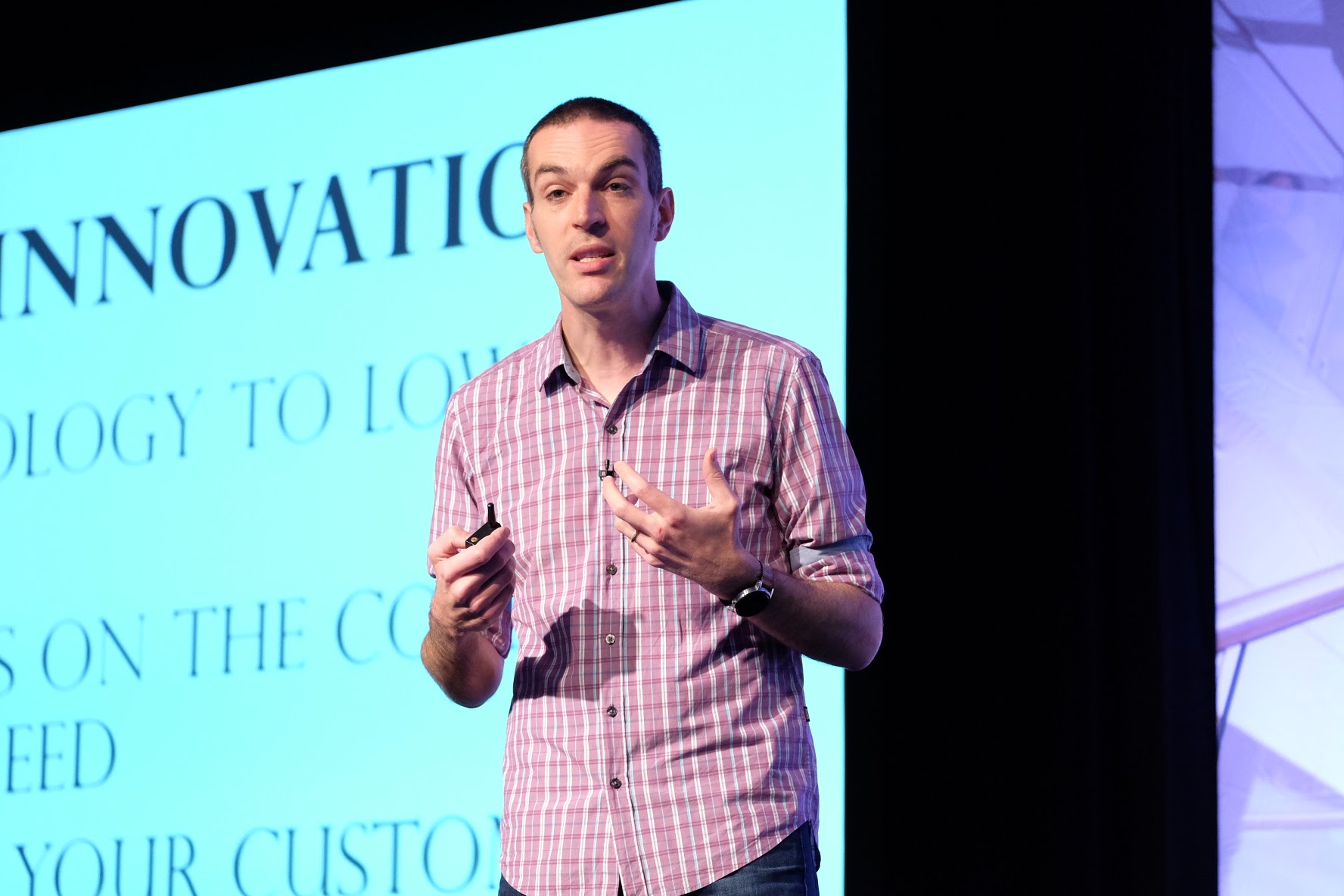 “There are three approaches to innovation that I use time and time again when trying to figure out how to turn a product or idea into something transformational,” said Shapiro.

What Shapiro means is, if you are trying to create a new product, be innovative when it comes to selecting and sourcing raw materials to lower production costs. Don’t go to the normal suppliers or use the same cookbook as everyone else. Look to other industries and products for raw materials that will work just as well, or better, and cost less.

For instance, when Shapiro was thinking about how to turn the huge industrial laser he had parked in his garage, into a small 3D printer that fit in every home, he looked to the iPhone. He wasn’t inspired by the iPhone’s beautiful design and innovative features. He was attracted to its mature and efficient supply chain and wanted to capitalize on it.

Shapiro knew smartphone technology advances quickly and is produced on a large scale. That meant sophisticated components that were just a few years old, but not good enough for the latest phones, were easy to find and cost next to nothing to buy. So that’s what he used to help build his 3D printer.

“Wherever possible, we designed the Glowforge to use smart phone components, which have been driven down in price by the economies of scale,” said Shapiro.

He also completely replaced the industrial laser’s brain, which was a computer inside the machine, with software hosted in the cloud. This enabled the Glowforge 3D printer to be much smaller and cut thousands in hardware costs from each unit. It also made the new 3D printer more reliable, easy to update, and more capable.

“The secret to shopping for what is on sale is doing it at the time of design. Using that time of ideation to be inspired by what your supply chain can deliver; how it can make it easier and less costly for you to deliver to your customers,” said Shapiro.

2. Shower yourself in fish guts

Shapiro named this approach to innovation after Penn and Teller, the famous magicians. This comedic duo loves to take items that belong to audience members, like watches and cell phones, and magically relocate them inside of fish. The fish are cut open on stage so the items can be removed from its guts and returned to the owner. It’s incredibly messy and impressive at the same time.

The point here is that sometimes you have to go the extra mile to amaze your customers. You have to work hard on problems that seem impossible to solve and commit to doing things that other people aren’t willing to do if you want to create a product or experience like no other.

Shapiro gave a few examples of companies that have achieved great success by showering themselves in fish guts. Amazon did it with one-click ordering. Google did it when they launched Gmail and offered 200 times more storage than their competitors. Apple did it with the touch screen and single button design on the first iPhone. And Glowforge did it when they figured out a way for the customer to see exactly what the 3D print out is going to look like before it is printed.

None of these innovations were quick, easy, or cheap but they were game changers. “It takes a single minded pursuit of what the customer wants and doing things that any other company would consider ridiculous to get it done,” said Shapiro.

3. Make your customer take all the credit

This approach to innovation means figuring out how to make customers feel like heroes for doing very little work. “You let them do 1% of the work but take 100% of the credit,” said Shapiro.

Shapiro referenced the game, Cards Against Humanity, as a perfect example. He said the reason Cards Against Humanity is a best-selling game is because for the low price of $25 it turns you into an extremely funny person. “It’s the best deal in the Amazon game category,” said Shapiro. “They do all the work, they write all the jokes and punchlines, all you need to do is match them up and you become funny!”

Glowforge also makes it easy for its customers to look great. Talented designers create beautiful items and put them into the 3D printing catalog. Customers can simply select, customize, and print the designs to create something beautiful of their own. Something they are proud they made. “Making your customers look awesome and giving them all the credit is a powerful and innovative tool,” said Shapiro.

Coming up with innovative ideas is hard, but if you have one, think about applying the methods Shapiro shared to make it a success.

To learn how SAP helps Retailers thrive in the era of Digital Transformation, please check out Retail is Live

What Retailers Can Learn From Other Industries

How Under Armour’s Digital Transformation will Improve Your Health