SAP’s Björn Goerke seemed to have no problem driving a heavily modified DeLorean DMC-12 onto the stage at SAP TechEd in Las Vegas — and that’s where he got it stuck Monday night. Just like the time machine in Back to the Future, the stainless steel sports car had clearly run out of juice, putting the SAP executive vice president and corporate officer in a terrible bind.

Goerke had taken on the persona of the 1985 adventure-comedy’s frazzled white-lab-coat-clad scientist (Christopher Lloyd), whose time machine gets stranded in the past. Goerke’s version had to return to 2036, but not before delivering a warning to attendees.

“I recognize your companies … [and] not all of you are doing that well,” Goerke said during his keynote, channeling someone familiar with the business landscape 20 years from now. “You need to transform yourself, and you need S/4HANA to do so — that’s the new digital core.”

And Goerke went on to prove it. As he did during his Barcelona keynote last year, he spent his entire keynote alone onstage solving a problem. In this case, it was how to generate the 1.21 gigawatts necessary to power up his time machine and send him — you guessed it — back to the future.

More Power to You

A time-traveling scientist would have had slim pickings for bottling 1.21 gigawatts in 1955. Lucky for Goerke, there are a few more options in Las Vegas today.

“It’s actually a very achievable level of awesome, if even for a second,” GE noted on its list of 11 things that would work, including 60 percent of the nearby Hoover Dam’s output. “To give that some scale, each generator at the Hoover Dam weighs 4 million pounds [and] there are 17 of them.”

So Goerke needed a lot of power. But instead of hydroelectric, SAP’s Head of Technology in Products and Innovation decided to power his way home with solar energy.

And he’d need data form the cloud, including sources such as databases, maps and sensors. Goerke relied heavily on the SAP HANA Cloud Platform for extending and integrating SAP solutions, as well as SAP ERP, Web IDE, SAP Fiori and many other platforms, products and solutions.

Just as Dr. Emmett Brown and Marty McFly (Michael J. Fox) only got one chance to catch lightening in a bottle to refuel their time machine, Goerke would only get one shot at powering up his DeLorean. So he modeled it first.

“Sometimes you need to create a digital twin of a physical object in the real world,” Goerke said. Enter the Thing Modeler; scheduled for release by year’s end, it’s a place where users can model and configure all of their IoT-related items, such as solar panels.

Goerke consolidated all of the necessary cloud data, modified the Thing Modeler, and then drilled down from about 800,000 lines of data nationwide to only the relevant 10,000 or so solar panels in the Las Vegas area. Data visualization allowed him to select the panels from which he would draw his 1.21 gigawatts, and he had the dexterity to exclude airports, police stations and hospitals.

“If we go to our Power Grid dashboard, and I press ‘Simulate’ … some of [the solar panels] broke,” Goerke said. That might sound bad, but knowing how many panels are likely to break as he recharges his time machine offered an opportunity for Goerke to make alternate plans.

Goerke’s deus ex machina was a mobile app that allowed audience members to wirelessly send the balance of the 1.21 gigawatts to his time machine by shaking their mobile devices, in a Peter Pan-style clap-if-you-believe moment. SAP Cloud for Analytics displayed for Goerke how many devices were connected, thanks to a messaging service that fed all of the mobile data into his newly crafted HANA database.

And with that — alongside some special effects — Goerke drove offstage and back to 2036.

“Innovations don’t happen by crazy scientists in white suits anymore,” Goerke said, after promptly returning to the stage for his closing remarks. “They happen collaboratively — they happen by working together.”

That spirit of collaboration drives SAP TechEd, as users learn, workshop and share with each other, and then return to their organizations to help carry them onward.

“It’s you who creates your future,” Goerke said. “Make it a good one.”

How Developers Can Get Started with Internet of Things: SAP TechEd 2016 Has the Answers

Is the iPhone’s Missing Headphone Jack Really the End of the World? 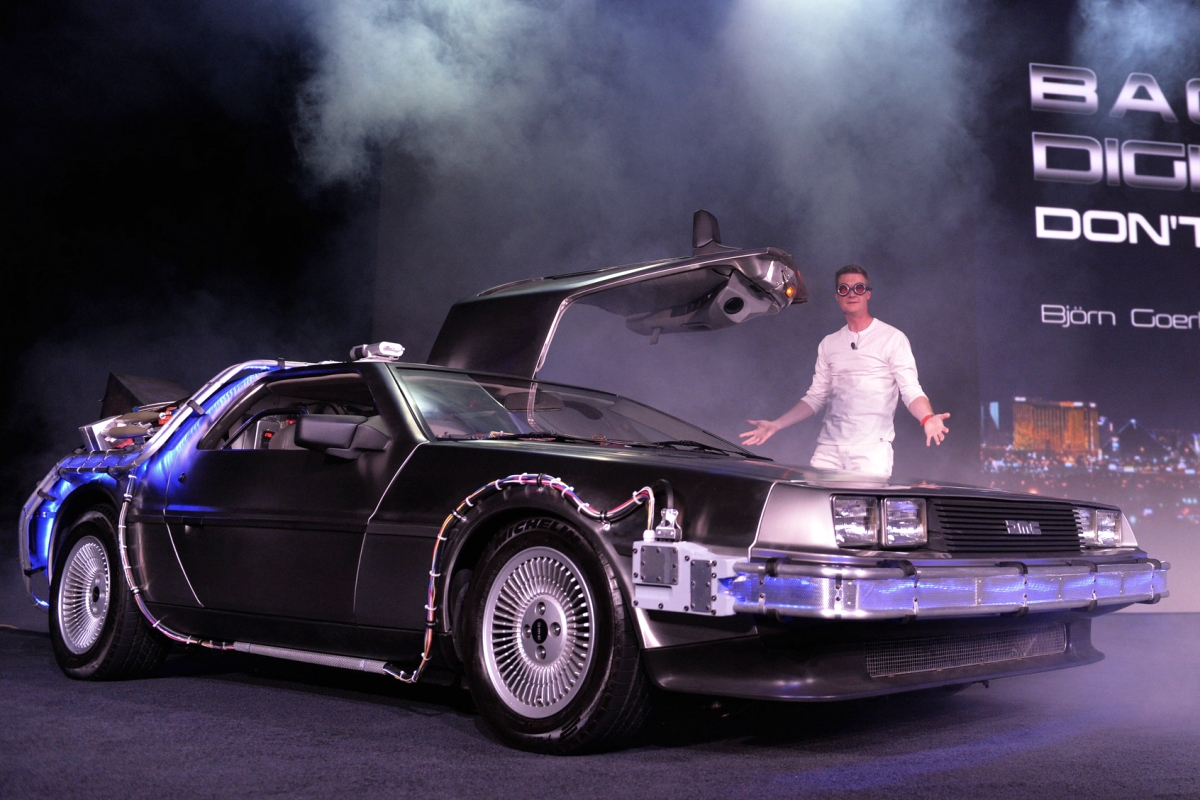 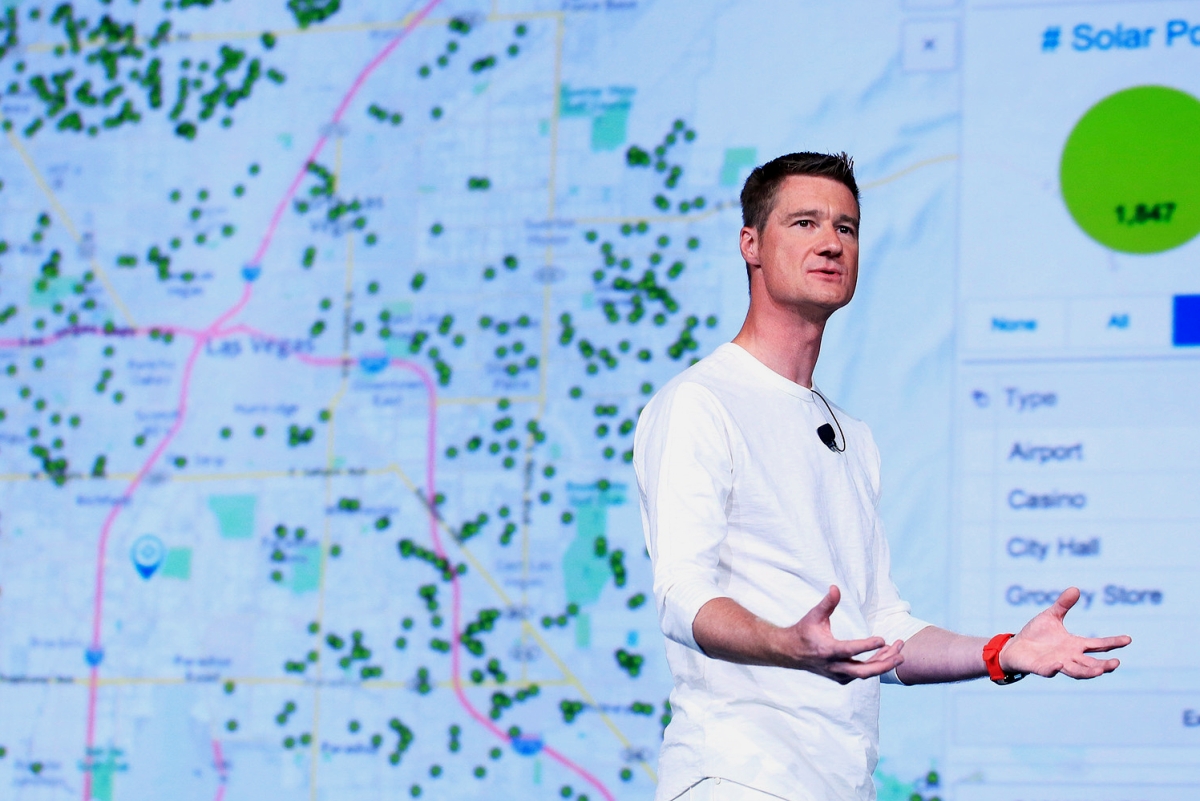 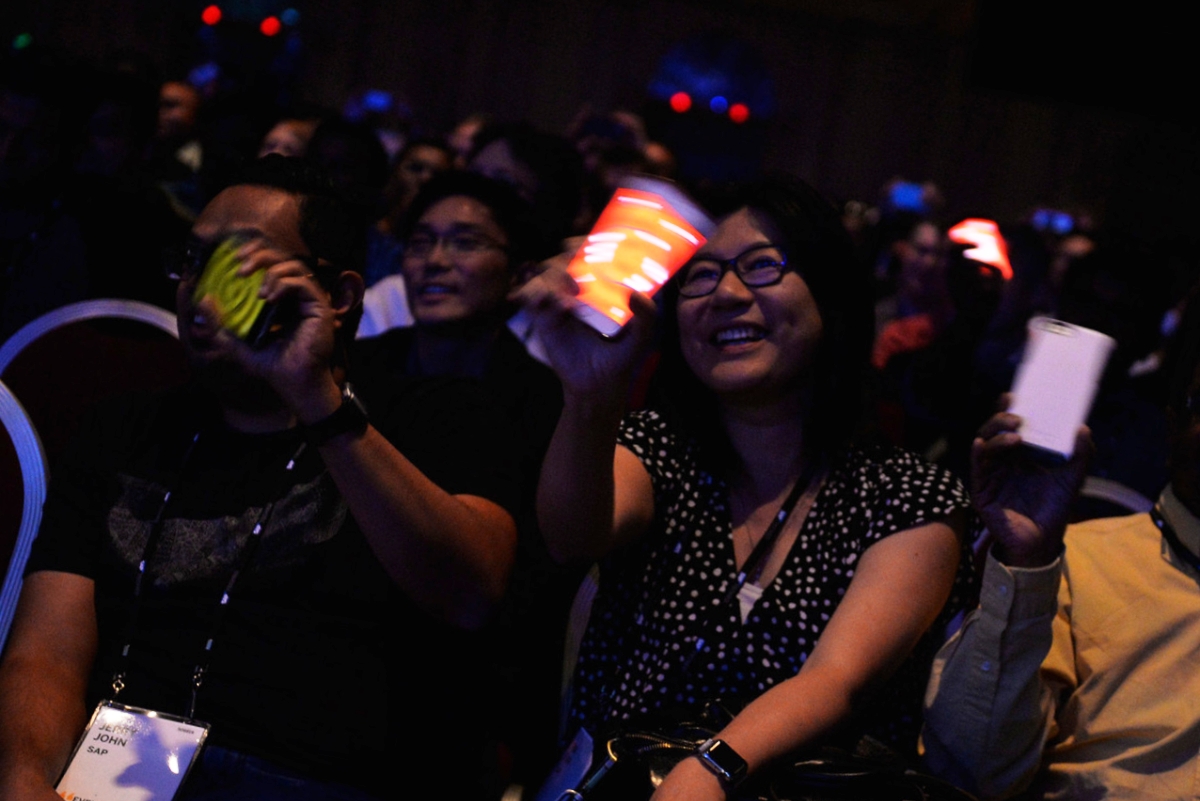 The complications that result from innovation are truly a gain? After all it was enough a club to survive and the resources that we are wasting begin to create us serious problems of survival..

All this light begins to accuse ...

Anyway  DeLorean is a great car

I am amazed at how much effort SAP puts into these events and that an executive is so cool and geeky. What a fun company.

Am sure one has to understand how 20 years from now will look in the digital core business. Only Bjorn can do such time travel. Last year it was to Mars now it is with

I am totally convinced that with such great writeups from colleagues like Derek, we can really convey our ideas and hence the software in the core!!!

All the best team SAP !

Thank you very much, Lakshmi! And I agree: SAP has a wonderful team in place!