I Stink, But I’m Not The Only One 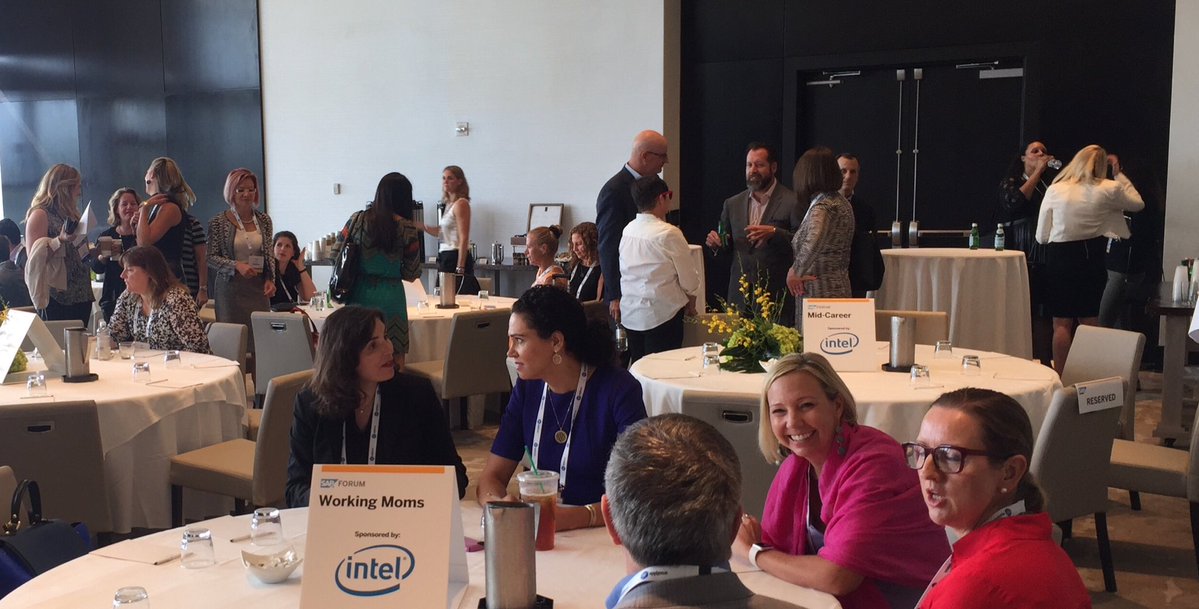 “You don’t learn anything when you’re winning all the time,” Diann Roffe boomed across the room of seventy-five men and women last Monday.  I smiled to myself; this is exactly why I had asked Diann to keynote our fourth annual Women in Leadership event at SAP’s Retail Forum.  Diann had become the world’s youngest alpine skiing world champion at the age of 17; the very definition of “elite”.  However, it was, in her own words, “more than [she] could manage” and she tumbled in the world rankings.  It took her nine years in an ultra-competitive environment of literal peaks and valleys before she again found herself atop the podium, an Olympic gold medal encircling her neck.

I’m privileged to work for a company that puts an emphasis on equality in the workplace.  We’ve had fantastic events that cater to women in leadership, including listening to famed Ted Talk speaker Amy Cuddy explain the importance of body language and Arianna Huffington and North American President Jen Morgan converse about the need for sleep at SAPPHIRE 2016.  These women are all high performers with inspiring stories.  I was also fortunate enough to work for a (male) boss who encouraged me to attend The Network of Executive Women events.  It was here where I was introduced to the idea of an affinity mixer.

At the close of Day 1 of the 2015 NEW event, hundreds of attendees and I walked into a ballroom to find the tables marked with, well, stereotypes: “Millennials/Early Talent” claimed one.  “Mid Career”, “Working Moms”, and, yes, even “Male Champions” topped others.  Sitting at the Millennial table, and egged on by a table captain to share our own experiences, it was easy for us to form a consensus: we had again heard incredible speakers, including PepsiCo’s CEO Indra Nooyi, but how do we get there? We wanted to know the battles of their career, not the highlight reel.

Diann said something to me in our first meeting that she echoed to our attendees: “Take a hard look at what you stink at, because you learn the most when you’re in the place you don’t want to be.”  That’s a difficult question to ask yourself: what do I stink at?  Personally, I realized, I stink at being in the moment versus planning for the future.  I attend these leadership events – and tweet #GirlCrush with the lessons these incredible speakers espouse – but I don’t ask “how?”.  I don’t research what they were doing five years into their career.  I don’t raise my hand and say, “Here’s where I’m struggling.  How do I get from where I’m sitting to where you’re sitting?”

After Diann’s keynote, we also held an affinity mixer at the round tables in our event’s ballroom.  I figured everyone would sit for twenty minutes to appease the agenda before getting up and mingling with old friends instead of new contacts.  Twenty minutes passed… then thirty… I eventually made a comment over the speakers they didn’t have to remain at their tables.  Every attendee looked at me briefly before quickly returning to their conversations, where they remained until the event staff kicked us out of the room!

I don’t know the answer to how we put more women in leadership.  But I know that if you have something in common with someone – whether it’s college football with my male coworkers, an eye-roll over the term “Millennial” with my similarly-aged coworkers, or hair care tips for a week in the Miami heat with my female coworkers – it’s easier to strike up a conversation and have authentic networking.  And then it’s a lot easier to say, “I stink at this and need help” if you know someone will chime in, “Me too!” or “Oh, I’ve been there and this is what I did.”  It’s why we switched our format this year to share our own stories, struggles, and successes.

A special thanks to our partner, Intel, and the Network of Executive Women for continuing to sponsor this event year after year.  And a thanks to our wonderful attendees for being their own storytellers.  You definitely don’t stink.

To get to know SAP Retail and how we help Retailers thrive in the era of Digital Transformation, please check out Retail is Live

Lauren Shanley is Executive Director of Consumer Industries who enjoys conversations about diversity in the workforce.  You can also follow her (@shanley_l) on Twitter.

Lauren, thanks for including me on the event.  I facilitated a "men and women working together" group and was fortunate to have a fairly even number of men and women.  Lots of good discussions around the current environment in many companies and the way we are raising our boys and girls differently - in ways that will continue to perpetuate challenges in the workplace.  While there was no set agenda or thought provoking questions provided for the mixer, we didn't run out of discussion and conversation.  We didn't solve any problems, but we definitely walked away with good ideas on how to improve the way we work together and communicate.