Developing on the SAP HANA Platform

Since the announcement of the SAP HANA platform SAP has spent a lot of time talking to customers and partners and discussing strategy, features and more and when I look at the platform today it always makes me smile at how much has been not only accomplished but been accomplished together with so many different groups involved. 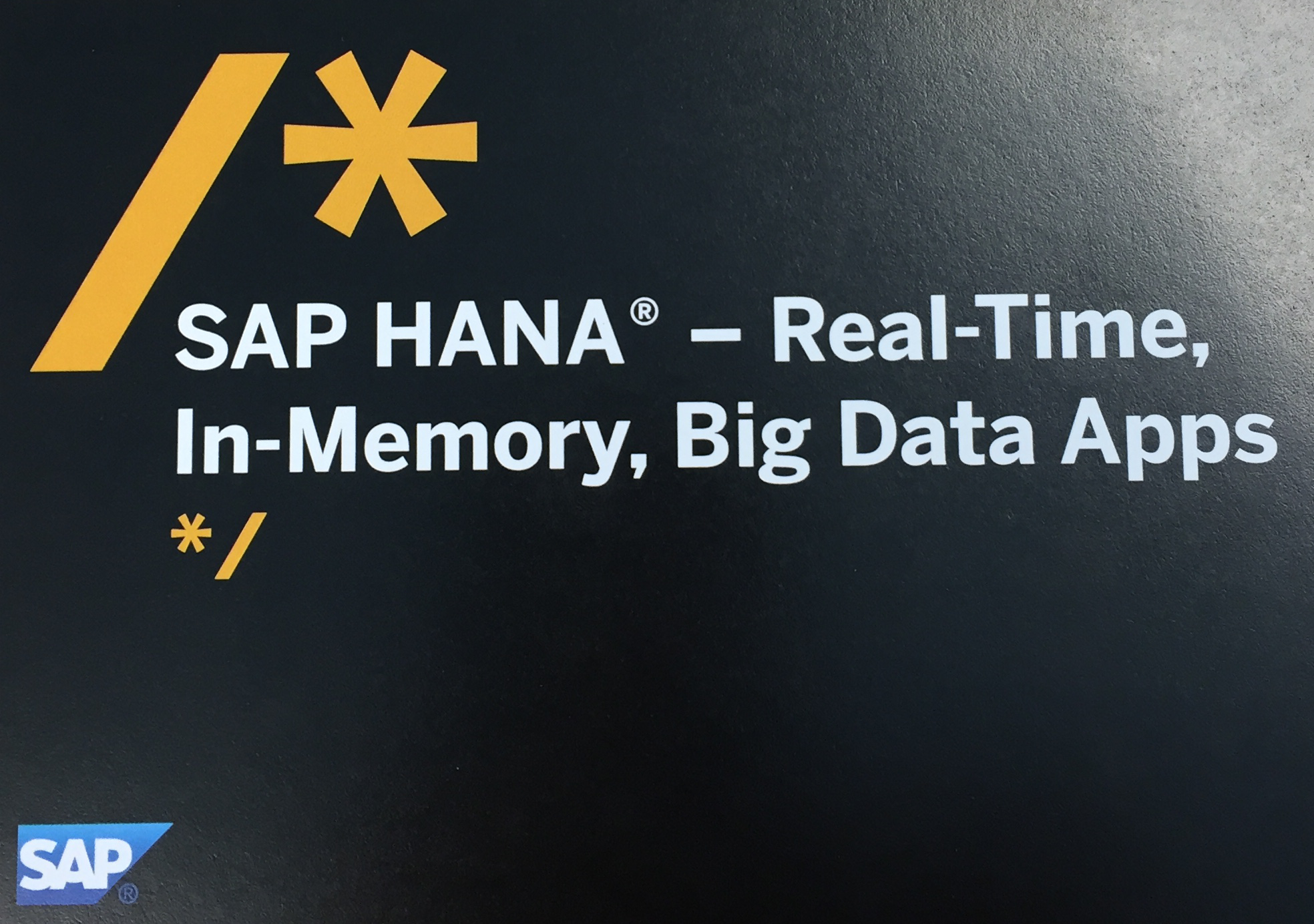 SAP HANA as many know is a database and yet it is so much more,

Deployable on premise or in the cloud, SAP HANA is the in-memory computing platform that enables you to accelerate business processes, deliver more intelligence, and simplify your IT environment. By providing the foundation for all your data needs, SAP HANA removes the burden of maintaining separate legacy systems and siloed data, so you can run live and make better business decisions in the new digital economy.

Today when we talk about SAP HANA we talk about the platform that is available and for me in particular I talk about how a developer can jump start their application development using a complete landscape with all the possible features one would need.

From the ability to collect, stream and analyze data, and I do mean “big” data to providing built in odata services for exposing it as well as front end capabilities to view it – SAP HANA offers the whole package in a neat little bundle that you can get up and running on within minutes! As a developer I like many of the features offered by the platform now and as a former web developer I felt right at home being able to jump in with my JavaScript and HTML skill sets and start creating right away. The recent additions of XSA (the Advanced XS environment) meant that I was able to utilize even more of my web development based skills around Node.js which made application development and deployment even easier, not to mention my ability to also integrate other languages such as PHP or Python into my stack. Of course they have made learning how to do all of this extremely easy as well.

Build smart, real-time applications that combine analytics and transactions – and deploy them on any device – with SAP HANA. Our in-memory application development platform includes a wide range of tools, including a Web-based developer workbench and IDE. Create apps that offer personalized experiences and instant response times – and take advantage of the Internet of Things (IoT), Big Data, and advanced analytics.

As a developer you tend to think, sure another platform, another tool, another device, another language, etc. but with SAP HANA and the recent release of SPS12 the ability to bring my own language to the stack and to take advantage of standards around odata, SQL and HTML5 it’s just so easy to work with. Granted I work for SAP as an evangelist and you could say I am bias but as an evangelist I really have to believe in the things that I am going on about day to day and I have to say with SAP HANA I am excited to work with the platform. I have my own server running at home on a small machine, nothing fancy and I can jump into my web browser and work on a project anytime I like. Larger projects I have a cloud based system available to use. Things that SAP has made available for anyone.

Several customers have done some amazing things already like the Port of Hamburg, who combined the power of SAP HANA and IoT to make an efficient solution with an eye to the future! Or the entire realm of sports, like the German Football league or the NFL. There are so many options, so many industries and so many possibilities the world of SAP HANA has opened up an opportunity smorgasbord for developers of all types.

the world of SAP HANA has opened up an opportunity smorgasbord for developers of all types.

Actually there are a ton of opportunities for ABAPers around SAP HANA. Especially now!!

Well, "now" is the key word. I might be wrong but based on what I see most ABAP work is basically to adjust some old stuff (that was probably poorly done to begin with), migration, etc. mostly one-time stuff. But after all that is done what's next? The Cloud options are clearly squeezing ABAPers out, unless they re-train to something different (where they would be facing competition from cheaper non-SAP developers). All the fancy analytics mean no more ALV reports. Fiori means no more ZVA01. This leaves a few forms and some odd interfaces (up for grabs by XI/PI/PO/PRO crowd).

Even if a lot of opportunities opened for how long will they last? This eerily reminds me of Y2K. But at least then it was mostly a problem for the random folks who were quickly trained in 1998 and just as quickly fired in 2000. Most experienced programmers remained as they were. But in this case we are talking about a small army of mature professionals.

Curious to know what you think.

Rarely these types of developers stick to one programming language. Ok, maybe except of game developers, 90% of whome probably use C, because it is the only way to achieve the performance gamers expect.

ABAPers seem to want remaining one-trick ponnies. And I bet it is possible for today's "10s of years experience under the belt" to retire knowing just ABAP and R/3. The very same way I might continue in BW, where I had spent 10 years working as a technology consultant. I am sure I could do traditional BW work for another 10 years and had enough projects.

But the world is changing, and the pain of the most of traditional SAP technology consultants is that ABAP is the only programing language they know, or BW is the only DW solution they ever touched. But look at the world outside of the SAP Bubble and you find most of the developers out there know at least a few languages and technologies. Plus with the rapid pace of changes in IT they try at least one new language every year - be this Go, or Lua, or Rust, or WhateverNewHypedLanguageIs.

Going back to my example. I am the "BI" (or better to say "Analytics") type of developer. Been doing data/query modelling and ABAP exits/routines as BW consultant for years. Yet at some point I had to start learning doing BI development in BusinessObjects (java-based as opposed to ABAP-based BW), then to use JavaScript (SAP DesignStudio and SAP Lumira), then with the growth of so called Big Data needed to get into design principles of running data processing in distributed environments, then breaking with the so-well-known-and-loved relational data world because of the growth of NoSQL (including graph processing in HANA and HANA Vora), then back to JavaScript to better understand asynchronous world of node.js so popular in IoT world, and now used in HANA XSA too. And a few months ago - thanks to HANA Vora - needed to decide if I am going to learn Python or R, just to avoid learning Scala. Today I see it will be unavoidable to at least understand Scala in addition to Python... And that's all because I still consider myself "Analytics type of developer".

Welcome to the brave new world. Even if quite insane world.

PS. Looking forward to see and chat with you at TechEd. Please stop by AppSpace area of the show floor, where I (and Craig) will be most of the time.