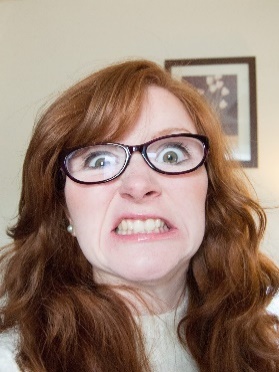 I confess–that isn’t really me.  However, she represents what I feel like inside when I hear the depth and breadth of disciplines, practices, policies, and tools that make up governance, risk and compliance (GRC) summarized into nothing more than managing user access and segregation of duties.

First, let’s look at a classic definition.  GRC definitions abound, and there are some good ones out there.  I think OCEG’s definition is one of the better ones:

GRC is the integrated collection of capabilities that enable an organization to reliably achieve objectives while addressing uncertainty and acting with integrity – this is the outcome that we call Principled Performance.

Of course, there are also bad or overly narrow definitions as well.  I won’t embarrass the author or publication, but I think this one totally confuses GRC with software to help support selected aspects of GRC:

GRC is an administrative concept supported by a certain class of software. GRC tools allow users to manage compliance with regulatory standards.

Governance, risk and compliance isn’t about software, and it’s certainly not about just a narrow category of software.  Yet take a look on LinkedIn, for example, and search for people who list GRC experience.  Do you typically see those that have a wide and varied experience in the various capabilities that can lead to achievement of objectives, addressing uncertainty and acting with integrity?  Not really.  Especially within IT circles, GRC is often used to mean experience with managing access authorizations and familiarity with segregation of duties concepts—or, even more narrowly—experience with using software to do so.

Now, I certainly agree that managing access to various systems and applications is important—critical, in fact—to protecting a company’s data, deterring fraud, and ensuring privacy.  And it is one of many disciplines or capabilities involved in GRC, but I wouldn’t personally call it GRC.  Wouldn’t that be like:

On to my pet peeve, which relates most to the world of SAP GRC solutions (this time, I am talking about software).  We currently have 18 products we sell as part of our SAP GRC and Security (GRC&S) portfolio, and there are a lot of other relevant products in other SAP portfolios.  (Of course, other vendors have their own lists.)  Here are just some of our GRC&S solutions:

Yet, as I speak to customers, partners, consultants, and even some of our internal people who should know better, the conversation often goes something like this:

Me:  “Well, SAP GRC isn’t a product.  We have a lot of products that can help support GRC.”

Me:  “Then you must be talking about SAP Access Control because that’s the only one that had a version 5.3.”

Even more difficult, however, is when customers are trying to engage a suitable consultant for one or more of our SAP GRC solutions—hence my LinkedIn comment earlier.  They might see many resumes that claim “extensive GRC experience” including “multiple SAP GRC go-lives” yet find they are interviewing someone with SAP Access Control experience.  If that is what they need, great!  If not, they are in for a surprise (hopefully during the interview process, not during the project itself).

Similarly, how many have gone to user conferences and attended a mythical session like “See how our company used SAP GRC to support our global GRC efforts and get a solid ROI in just 4 months” only to find that the company had finally cleaned up their segregation of duties and critical permissions weaknesses?  A worthy goal, to be sure, but not as broad a project as the title might indicate.

So what am I suggesting here, now that I’ve aired my pet peeve?  I would just like to see a little more precision in language that reflects an understanding that:

Thanks for letting me “vent.”  I feel much better now.

Great post Jan and thanks for venting! I did a 5.3 AC implementation back in 2010 and the Risk Analysis and Remediation (RAR), Enterprise Role Management (ERM) and Compliant User Provisioning (CUP) brought great benefits to my customer. In particular it meant getting rid of legions of consultants cementing system access in massive role profile spreadsheets.
So I’m O.K. with people just equating GRC with Access Controls as it’s a great product.