A Day In The Life Of A Programmer

Today is a day to give praise to all the coders who create the software, apps and tools that you use on a daily basis because … today is Programmer’s Day! 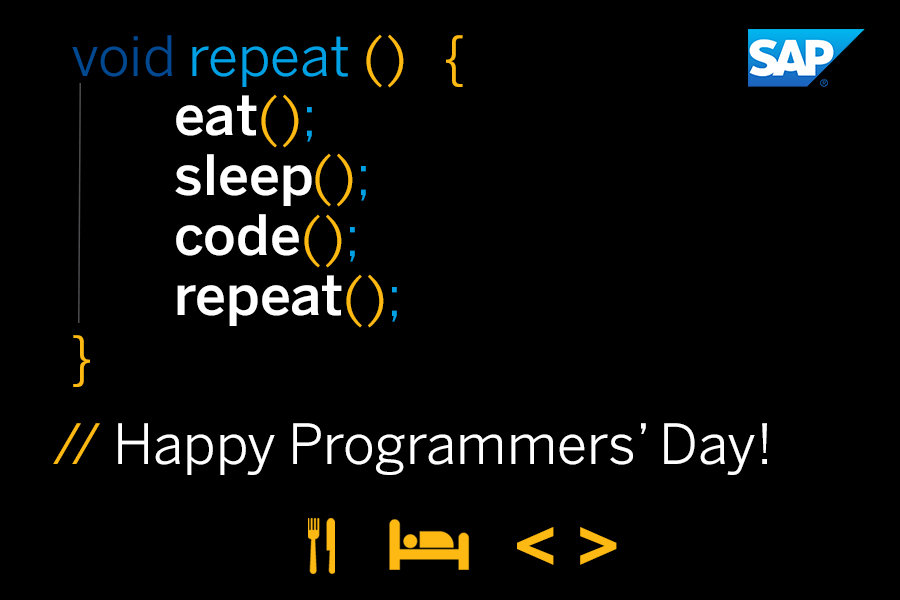 In 2002, two Russian programmers, Valentin Balt and Michael Cherviakov, gathered signatures for a petition to the Government of Russia asking that September 13th (September 12th on leap years) be recognized as the official professional holiday for programmers.

And, on September 11, 2009, the bill was finally signed into law, declaring it an official holiday in honor of computer programmers. But it has become widely adopted as a day to recognize programmers, not just in Russia, but all over the world.

Programmer’s Day is celebrated on the 256th day of the year for a reason – 256 is the number of distinct values that can be represented with an eight-bit byte and also the highest power of two which is less than 365.

To celebrate the day, I caught up with a few experts in the world of programming to hear about some interesting projects they’re working on, lessons they’ve learned from their time as programmers, and if they have any tips for their fellow developers.

A Day in the Life of a Programmer

“Recently, I was taken out of my comfort zone and asked to perform the SPAU/SPDD transactions for upgrading our ECC and SRM systems.  These transactions are not your typical developer tools… for sure.  They identify all the objects that your recent upgrade touched, and you need to evaluate these objects and determine if you should retain the upgraded version of the code, or revert to a previous version.  That sounds a lot easier than it really is, but I’m no SPAU/SPDD expert, so you should learn about it from people who actually are.  But SPAU/SPDD is only half the fun.

After these tasks are completed, you’ll enter a long stretch of helping the rest of the business people and programmers identify objects that may have been impacted by the upgrade, or new problems will appear.  Some will be within your own area of expertise (I prayed for a simple workflow problem, I really did!) but some will require you to stretch your comfort zone – I was involved in so many different aspects of the system upgrades, I could really pad my resume, as if I would 🙂 . Your upgrade will move from Sandbox to Dev to QA and then on some long weekend (we hope) it will be go-live weekend.  Clear your calendars.

By this time, you will have had several chances at looking at troublesome objects, so you may feel pretty confident.  That’s a good thing.  Don’t go overboard with that though.  Things will fall through the cracks, and this is when resiliency is needed.  Look back on the tricks you’ve acquired over the course of the upgrade, and use them to resolve the new issues that crop up.  Probably the most important aspect of an upgrade is having a team that is focused on getting the job done, and helping out where it’s needed.  Sure, I was not required to be on site the whole time.  Neither were other people.  But we showed up, and it was always good to know there was another person to bounce an idea off of.  All in all, an upgrade will challenge all the members of a team – whether they are workflow developers, ABAPers, or business analysts.  We won’t mention how it challenges our Basis teams, because they usually do this stuff in their sleep (literally).

She has been an ASUG Volunteer since 2007 and an SAP Mentor since 2010.  She is a Certified Public Accountant and Certified Project Management Professional.  She was featured in the book ‘Five Steps to a Successful SAP Career’.

In 2016, she worked on upgrading to Solution Manager 7.2 which uses SAP Fiori.  She has used BusinessObjects Cloud to report on Solution Manager statistics. In a previous position she was a BW developer.

She details her projects regularly on SAP Community Network (SCN) and has been a Top Contributor on SCN from 2011-2016.

If you’re looking for information around Crystal Reports for financial statements inside SAP ERP she recommends this blog. “This is an old post, but we still use this today.”

You can read more about one of her most challenging projects here: an SAP Utilities Data Migration project using SAP Data Services.

A tip from Tammy: “The more you share with SCN the more you learn. Every day I search SCN to help find solutions to SAP situations.”

“I am a Freelance Hybris Developer. For 6 years, I’ve been a SAP CRM Developer. I’ve done here practically everything. Since 2 years we operate a HANA application and I got interested in High-Performance-Application development. So, I got the chance to become a Hybris Marketing Developer, which I’ve done since 1 year. It’s really interesting because I’ve had the possibility to work with the latest technologies of SAP (UI5, BOPF, HANA, OData).”

Alexander, along with a team of 3 other developers, recently created an updated process to register for SAP Inside Track (SIT) events, by editing the corresponding SIT-Wiki page. The app is called SITreg. “The SITreg was developed using the HANA-Cloud-Platform (HCP). The SAP Web IDE for the fronted and the SAP HANA Web-based Development Workbench. We try to provide our feedback there as much as we can to help to polishing the experience for future Developers.”

Alexander has written a detailed blog, outlining their process here.

“I think I can say this, thanks to Gregor Wolf’s enthusiastic commitment to push the latest SAP technologies with SITreg, it attracted more developers in a growing team to push the community to develop a new future Inside-Track User- and Event management of our new century of modern Technologies. Also thanks to all community elements we could reuse.”

Thank you Susan, Tammy and Alexander for sharing your stories and thanks to all the programmers out there for the inspiring, hard work that you do! 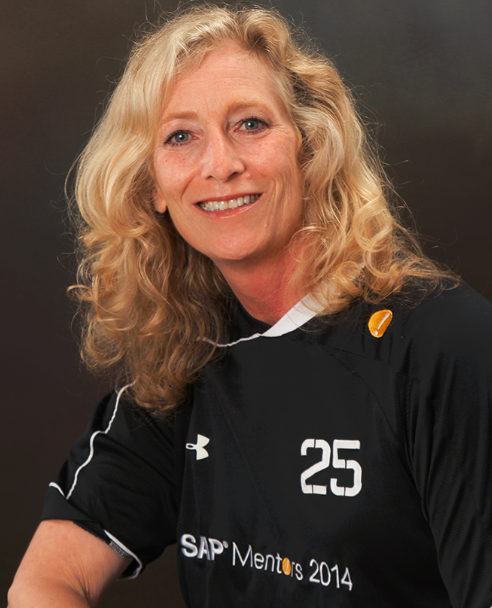 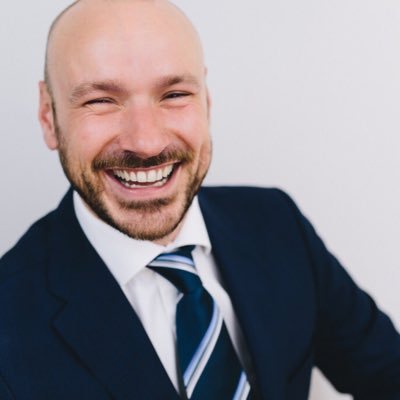 in the meanwhile Alexander von Loeffelholz has moved his blog to here: Overview of the SITreg (SAP-Inside-Track Registration) community Application

Thank you for remembering the occasion. But "eat/sleep/code"? Ouch. The featured SAP professionals clearly prove that there is much more going on in their lives than this "geek coder" stereotype.

Would marketing people like an "eat/sleep/sell" picture? I think not. Let's not reduce each other to a single dimension.