I have promised to write a short article on IdM installation in particular with Eclipse Neon, which might be useful to some of you. 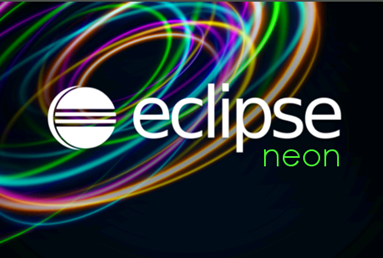 The reason is that recently an IDMer was puzzled when he tried installation of all IdM components on one single machine and experienced some challenges in his case.

I was following the installation steps and it was going smoothly until the step when I had to install Eclipse Neon.

First it complained with my existing Java 1.7 that it needs Java 1.8 and respectively I installed it.

Continuing with the next step, the IdM installer started to complain and could not run.

I was following the installation procedure, which is supposed to run also in a distributed environment. Moreover, as single machine is a simpler case, it is supposed to work too.

Normally you can have multiple JVMs on one machine and this should not be a problem so I had to dig around and found that Java 8 installation was writing to the Windows registry the following:

I changed this value to 1.7 and then the installation procedure could run happily.

Later I tried to reproduce this once more, installing Java 1.8 to provide some screenshots for this blog and the new installation did not create an entry in Windows registry HKEY_LOCAL_MACHINE/SOFTWARE/JavaSoft/ and the strange is that earlier I installed jre1.8.0_102 while now it is jre1.8.0_101. Not vice versa, as might expect.

Then I needed to upgrade the IdM training environment with Eclipse Neon and IdM 8.0 SP3.

Therefore, I decided to reuse my previous observation and instead of running the Java 1.8 installer, I copied the Java installation folder from my previous attempt to my machine and when it came to the step, where Eclipse needed Java 1.8, simply pointed it to where the 1.8 folder is. Then for the rest of the installation process uses the existing Java 1.7 version as usual and goes smoothly and IdM Development Studio works as expected with Neon.

I had some struggle with eclipse neon, too.

First of all, I use SAPJVM6 and SAPJVM8 at the same time, not the installer-based Java-VMs. This eases some things: I have an "all SAP" IdM installation, I'm sure the JVM-"installation" does not mess up the registry or anything else and I can manually control via JAVA_HOME and PATH what's going on.

The thing I realised was: although the Dispatcher Scripts have fixed paths to SAPJVM6 things get somehow complicated after I set the environmend-variable JAVA_HOME to sapjvm_8 (environment variable PATH is pointing to %JAVA_HOME%\bin)...

My preferred solution was to modify the eclipse.ini to force eclipse to use sapjvm_8 according to

What I especially like with this solution is the statement from above site:

Many a user has been tripped up because they thought they knew what JVM would be used by default, but they thought wrong. eclipse.ini lets you be CERTAIN.

BTW, all official IdM-documentation (and PAM) refer to SAPJVM6 as the only supported Java version...

I have been using eclipse.ini over java_home too.  It allows me to run both luna and neon side by side using different jvm's whilst I transition the various systems across.  I also specify the file encoding in here too for package consistency.

Insert the following -vmargs parameter anywhere after the -vmargs option