One of the most striking differences between BW and BW/4HANA is data modeling. On one hand, there is less but more versatile objects to choose from (see figure 1). On the other hand, there is a new, more intuitive alternative to BW’s long standing admin workbench (RSA1), namely the Data Flow Modeler (see figure 2). It shows physical and virtual containers (like DSOs or composite providers) as boxes. Data transformations, combinations, transitions etc. are indicated as directed lines between those boxes. From those boxes and lines it is possible to access the respective editor for those objects. In that way, a DW architect can navigate along the paths that the data take from entering the system towards the multidimensional views that serve as source to pivot tables, charts and other suitable visualisations. This is not only great for the mentioned DW architect but also allows for rapid prototyping scenarios, e.g. when a DW architect sits down with a business user to quickly create a new or modify a given model. Figure 3 shows an example.

One basic question , what is the difference between SAP BW Edition for HANA and BW4HANA?

SAP BW Edition for HANA (now called BW/4HANA Starter) is an add-on for BW 7.5 on HANA that comprises tooling to get a BW-on-HANA based system into a state that it can be converted to a BW/4HANA system. To a large extent, this means tooling to transfer old objects into modern objects (see section 1. in this blog).

So if I understand correctly this means that we can install an "add On" on our normal BW7.5 system running on HANA DB, and use this "add On" to convert our exsisting data architecture to make it compatible for BW4HANA? 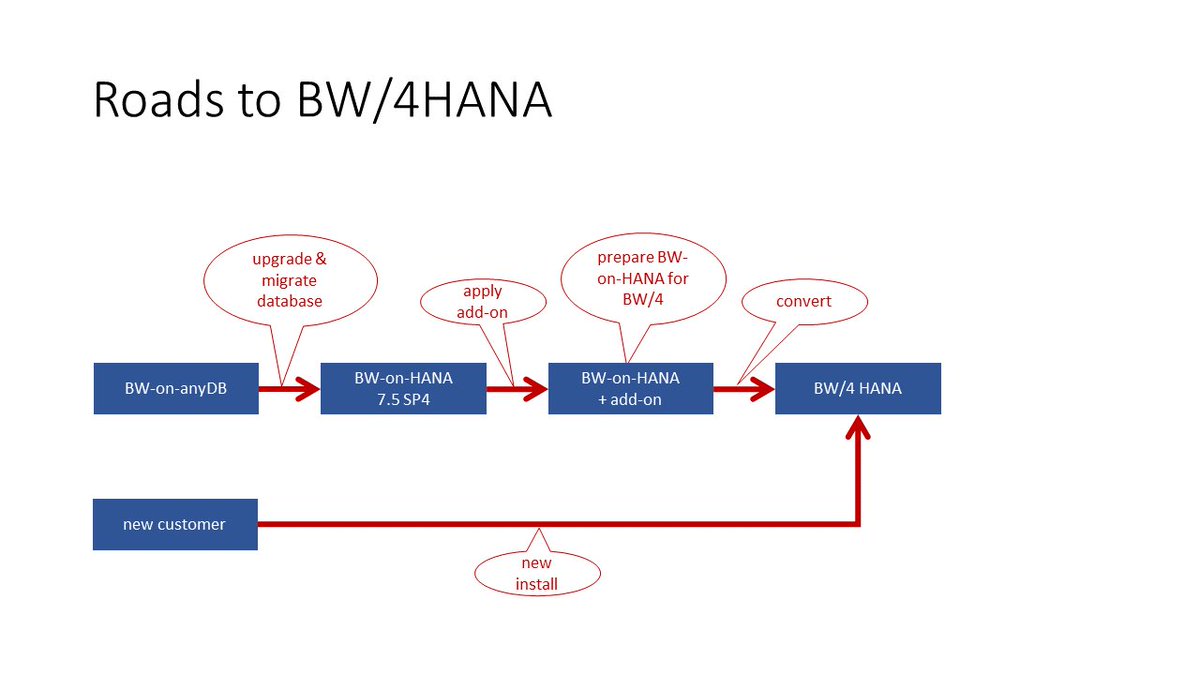 This one picture explains everthing. 🙂

Thanks alot for the information Thomas.