SAP Fiori Roadshow – From Orient to Down Under 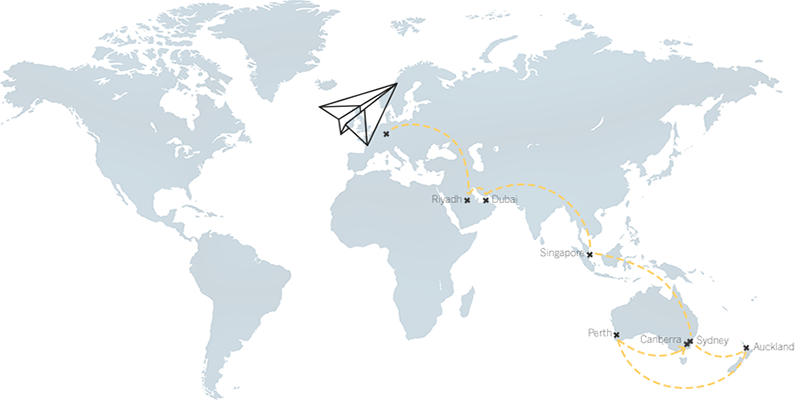 On August 26, 2016 we kicked off the very first SAP Fiori Roadshow!

Michael Falk and Jan Rüssel, product managers and ambassadors for user experience and SAP Fiori at SAP SE, well spend the next twenty days traveling around Asia and Australia. On their journey, they will meet with customers and partners, speak at various conferences, and share insights into the future of SAP Fiori. Aside from spreading the word about SAP Fiori, the goal of the SAP Fiori Roadshow is to learn about the needs of customers and how SAP Fiori can help them run simple.

Stay tuned for new entries in this travel diary or on www.experience.sap.com/news/sap-fiori-roadshow .
Or do you want to become a part of the next SAP Fiori Roadshow? Let us know via SAPUXandFioriPM@sap.com.

Michael: We reached the first destination of the SAP Fiori Roadshow and Riyadh gave us a warm welcome: a balmy 42°C temperature!

Nevertheless, the SAP Fiori Roadshow is about to start and customers and partners in Riyadh are curious to learn more about the latest partnership between SAP and Apple, which aims at nothing less than taking the SAP Fiori user experience to the next level by combining the world-renowned user ecperience of the iOS platform with SAP’s expertise in business process and software.

After passing by in the SAP Riyadh office, we visited our first customers to discuss how Design Thinking and SAP Fiori can help them becoming more efficient and end user focused. First feedback we got is that “mobilizing” User Interfaces and making use of the native device capabilities is one of the key criteria to make companies and their end users successful in KSA. The new partnership between SAP and Apple and in particular Fiori4iOS was very well received and seems to have the potential to solve a lot of the current challenges customers are facing. 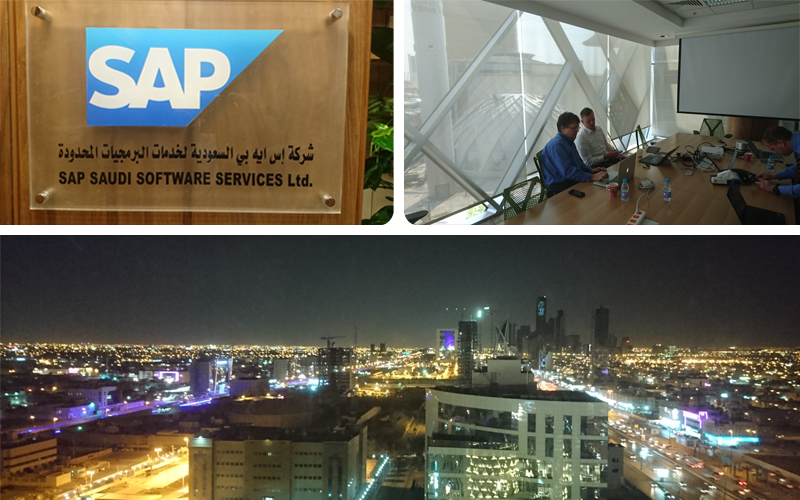 Jan: No time to unpack my luggage – SAP Fiori will be in the spotlight for the next three weeks.
While Michael meets customers in Riyadh, I’m on my way to Jeddah. At the coast of the Red Sea, I’m meeting with customers to discuss the SAP user experience strategy and roadmap, the SAP Fiori design language, and how we can enable designers and developers to deliver apps suited to the roles of their users.

During our great meeting, I could see that customers perceive the user experience for S/4Hana as very attractive, which will play a key role in their plans to move to the cloud. Furthermore, they appreciate the value propostion of SAP’s cloud offering as well as the tools and services on HCP (e.g. SAP WebIDE and BUILD). And they find that SAP Screen Personas is a great solution to simplify the user experience for the business suite.