Twitter, Facebook, Instagram, Pinterest, Snapchat. Sound familiar? These are all social media accounts you’ve no doubt heard of, because they’ve exploded across the global scene. Additionally, they’ve drawn in millions – and in some cases, billions – of users. Among such hallowed ranks is another company you may or may not have heard of: Skyrock. 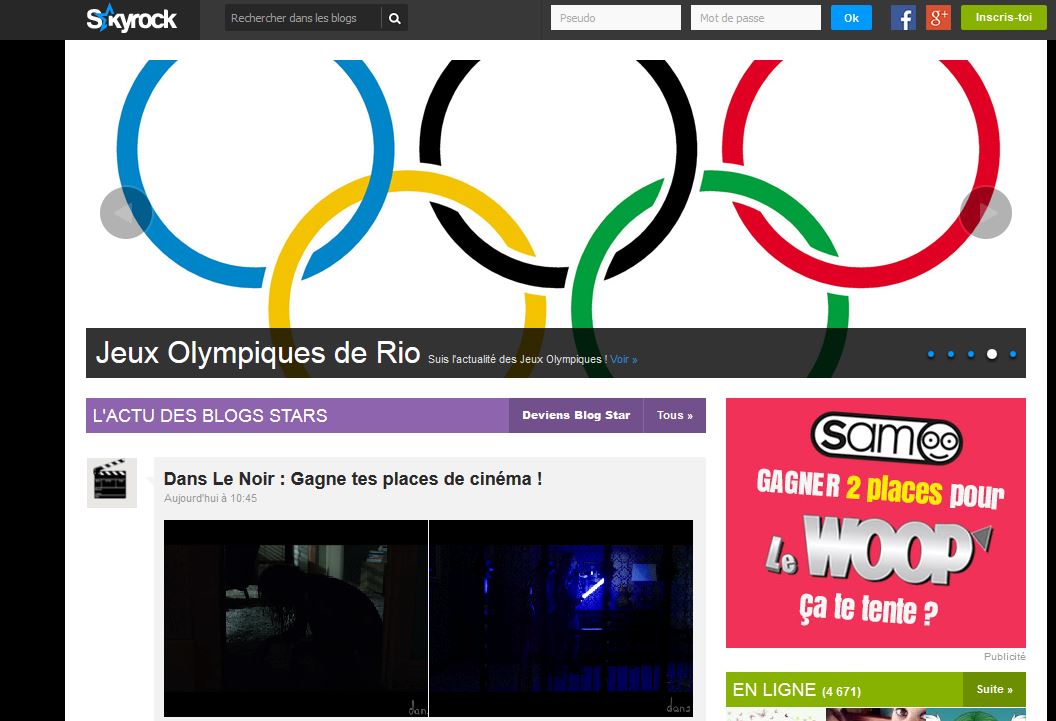 This music site-turned-social media go-to has millions of users, especially in France, where it’s based. It also has a global presence, at least partially due to the appeal of its one-size-fits-all social media and blogging platform.

In addition to presenting a neat model for what media management software can do when given room to roam, Skyrock also makes for an interesting case study in media licensing, digital business and entertainment. So what does Skyrock offer that is different? How did it get its start? What does this mean for the digital world and for you? Perhaps most importantly, what lessons does it teach about which companies will succeed in the coming years and decades?

A New Approach to Social

First let’s take a closer look at the Skyrock story, and what it offers users. Chief among the benefits of this social media platform is the wealth of entertainment management options it offers. While we tend to associate terms such as “digital asset management” with high-powered CEO’s, this is in fact exactly what Skyrock thrives on.

It allows users to upload text, audio, video, photos and play with the effects of all. It also allows users to create as many blogs as they want, and as many profiles, all on one platform. This makes it easy to manage social profiles that reflect multiple interests.

Granted, there are other platforms that combine blogging and social media functionality. Think Tumblr. It allows users to maintain blogs in a social networking fashion, with likes and follows similar to most social sites. Like Skyrock, this makes it easy to build up a blog following without having to do a lot of outside marketing.

However, the emphasis on multiple blogs for one profile is new, and enables a kind of granular, individual audience segmentation that most other sites don’t allow for. Typically audience segmentation is a specialized term, but here users do it naturally. This not only allows them to cater to individual tastes of followers, but the model could prove useful for future advertising research.

A Brief History of Skyrock

Innovation is easy to recognize, but hard to do. Take, for example, Condé Nast. It has revolutionized the worlds of content creation and audience monetization. They publish on a huge variety of topics and have their hands in everything from speaking to traveling to product development.

Why are we including this in a discussion of Skyrock’s history? Because this social media/blogging big shot has accomplished a similar goal: making innovation look obvious.

Skyrock actually started as a music blogging site for an independent radio station (hence the “rock” part of the name). From there, it quickly grew using a combination of cutting edge technology and entrepreneurial ingenuity. It soon became a large social networking site for music news, music licensing and transmedia. The Skyrock social blogging aspect also quickly took off in the form of Skyblog. Within a few years, it was dubbed “the French MySpace.”

In its efforts to differentiate itself, it began to offer unique customization abilities to users. These included unlimited blogs and profiles, endless visual customization through fonts, columns and backgrounds, and the ability to hide one’s identity through nicknames. It’s easy to see the appeal.

Skyrock still alive and kicking today, both within its native France and in the wider world. It has joined the ranks of media companies dedicated to digital preservation by allowing users to curate their lives through online video streaming, blogging, photography and music.

So what does this mean for you, and for the success of digital companies as a whole?

Unlike some other social media platforms, Skyrock has built its brand on content that belongs to you and only you. Facebook is sometimes criticized for dubious media rights policies. Skyrock, on the other hand, is intent that no one uses your content except you. This type of emphasis will become more important as the web becomes more saturated.

Increasingly, privacy is key. Any social media or blogging site that offers layers of privacy immediately becomes more appealing. Similarly, any media company that enables users to connect with others will succeed. That’s why we see more and more growth among “platform companies.” These allow people to interact, share socially and create identities online. This also enables more seamless advertising and media analytics.

Sure, jumping on Skyblog might not be the first thing you do tonight when you get home (although it may be!). But it does pose a crucial case study. Media companies that act as platform companies, giving users a place to interact with one another and grow their identities online, will be more likely to succeed. By enabling hyper-connectivity, entertainment and digital transformation, these companies can earn a devoted following.

Learn more about the impact of digitization on the Media Industry here.