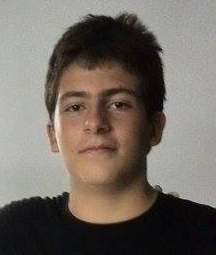 Ivan Ivanov will be 11th grade at the American College in Sofia. He was one of the participants in the past edition of SAP GeekyCamp, our programming school for high school students @ SAP Labs Bulgaria. The project Ivan has developed during the school with the help of his mentor, our colleague Vladimir Velinov, won a nimber of prizes in several competitions.

How did you find out about our programming school SAP GeekyCamp?

From a programming contest, The Spring Tournament in Informatics in Yambol last year. I liked the initiative a lot and decided to try to qualify for the next SAP GeekyCamp edition.

I’ve been programming since fifth grade. In the beginning I dealt with algorithms and from this year I started with object-oriented programming. I’m learning basically alone, and friends with more experience help me when I need some explanation or examples.

You are studying at the American College and you are interested in programming. How do you combine the two things?

I try not to waste a lot of time. I don’t watch TV and I don’t spend much time in social networks. I use forums though, mainly to find out the solution of a certain problem I have or to ask about the solution.

Tell us more about your project that you developed during SAP GeekyCamp.

While I was in the office of SAP, with the other participants in SAP GeekyCamp we visited SAP Labs Bulgaria’ d-shop. Your colleague Vladimir Velinov told us many interesting things about the gadgets there, how you use them to innovate and I was very impressed. I asked him if he wanted to be my mentor for the project, he agreed and we started to work together. Vladimir gave me the idea for the project, autonomous sumo robot helped by gesture control. The gesture assistance of the robot consists of a a glove with an accelerometer and a microcontroller ESP8266. As prove of concept I used a sumo robot because of its small size and easy assembly. Before I started the project I had no experience with these technologies. 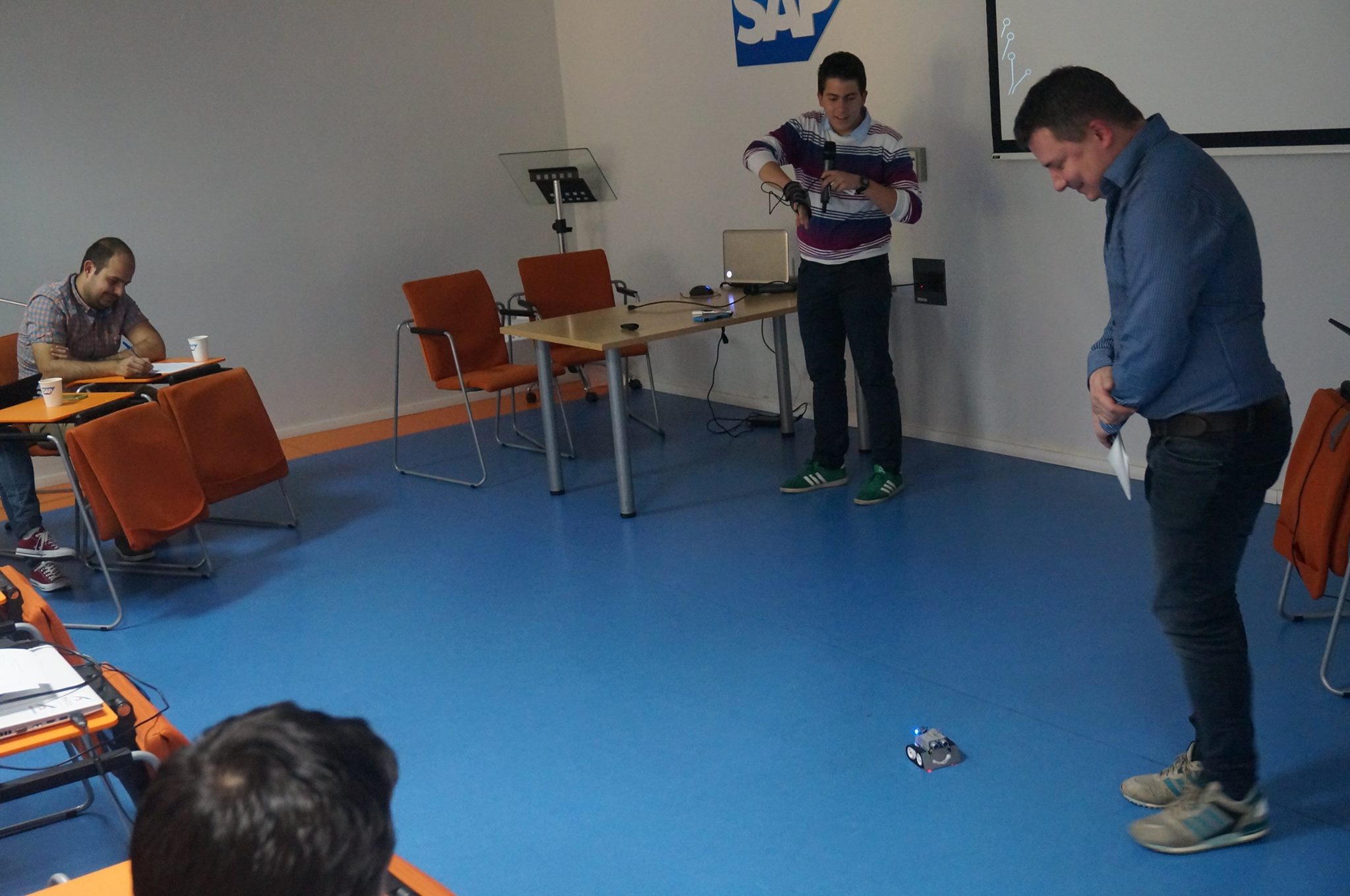 Ivan demonstrates his project during the SAP GeekyCamp finals

You have won awards from various competitions with your robot.

Yes, even in July I‘ve participated in the International Competition Expo-Sciences Europe in Toulouse, which has more educational character, it is not a competition. I liked it and also a lot of people were impressed by my project.

Do you have any future plans for the development of autonomous robot?

And how do you plan to continue your education?

I want to study Computer science or anything related to robotics and I am almost sure that it won’t be in Bulgaria. For now I’m thinking about an university in England. But we will see, I have two years left to finish my high school education 🙂

Diplomas and awards of the autonomous sumo robot helped by gesture control:

1) Certificate for excellent presentation of the project at the Sixteenth Student Conference – Vratsa, 15-17.01.2016

2) Certificate for excellent presentation of the project at the Students section of 45. Spring Conference of Bulgarian Mathematicians Union – Pleven, 06-09.04.2016

5) Participation in the national round of the National Olympiad in Information Technology in group “Applied Projects” – 13-15.05.2016, Hisar