The Power of Pride

A month ago, I was approached to create a new team to facilitate the participation of our Montreal employees in the 2016 edition of the LGBT parade in Montreal and publicly demonstrate the inclusion and diversity that co-exist in our offices. With an already full work schedule, honestly I thought the challenge was too large. But like every important mission, I found the right people to work with, believed in my lucky charms and was quick to reply on questions and actions and am happy to report that on August 14, SAP Montreal marched with PRIDE. 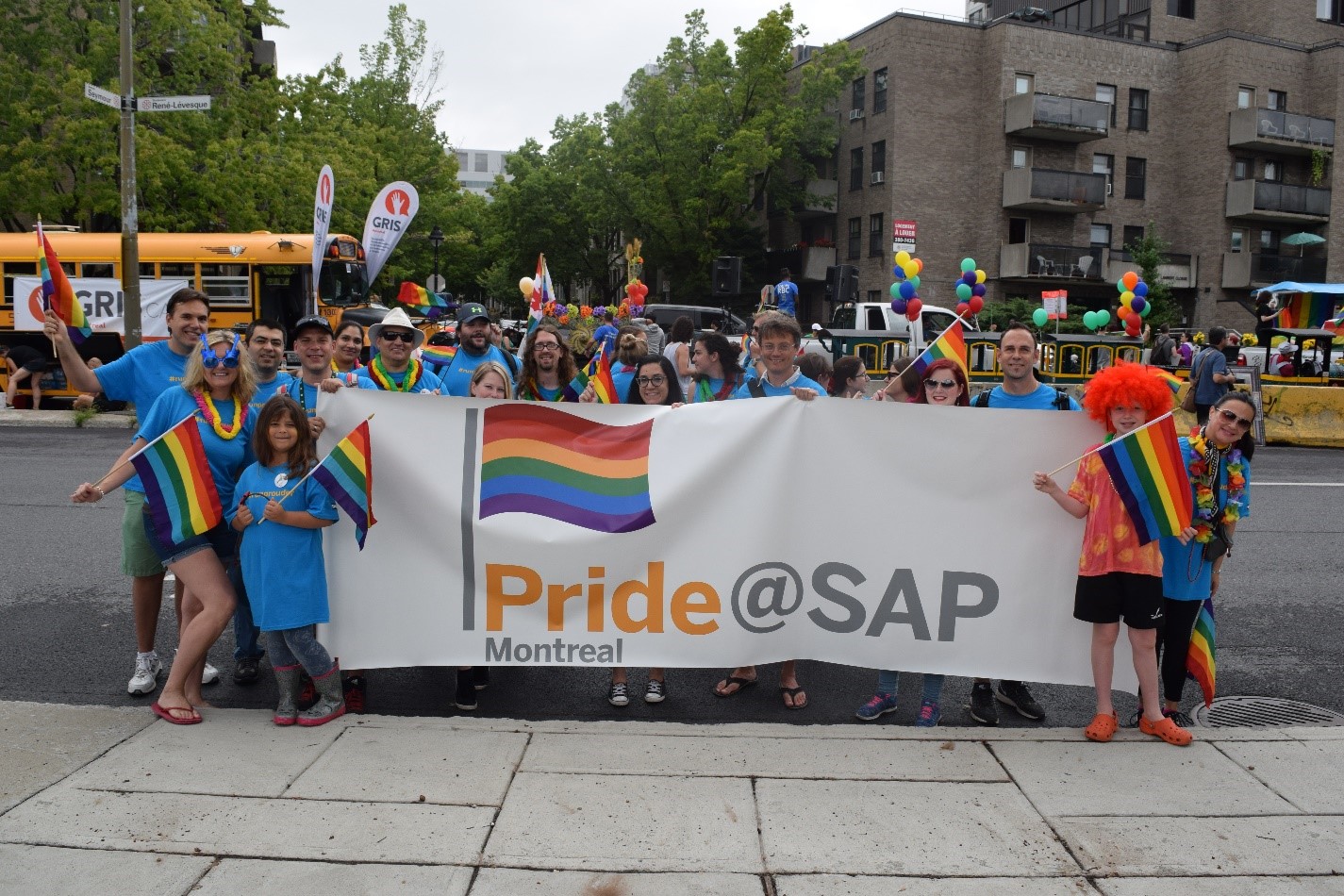 2016 marked the 10th edition of Montreal’s Pride parade. Thirty proud SAP’ers marched alongside 6,000 participants, including the Prime Minister of Canada, Justin Trudeau,and his family, several ministers of his Cabinet, the Premier of Quebec, Philippe Couillard, and the mayor of Montreal, Denis Coderre.

Montreal’s first Pride parade was held in 1970 to commemorate the first anniversary of the Stonewall Riots of 1969. Fierté Montréal was created in 2007 as DiverCité was the previous organization doing the Pride Parade in Montreal. Since the parade’s founding, support for the LGBT community has grown exponentially. This year, Montreal Pride festivities attracted more than 530,000 people. Some nights they had closed access to free events because of capacity concerns.

2017 marks Canada’s 150th birthday and the 375th anniversary of the city of Montreal. To celebrate these milestones, Montreal is set to host the two-week long Canada Pride. As Montreal’s pride festival grows, the choice of venue will follow suit. Next year, all the pride events will occur in the Quartier des Spectacles (Place des Festivals), the same place where Just for Laughs Festival and Jazz Festival take place every year. 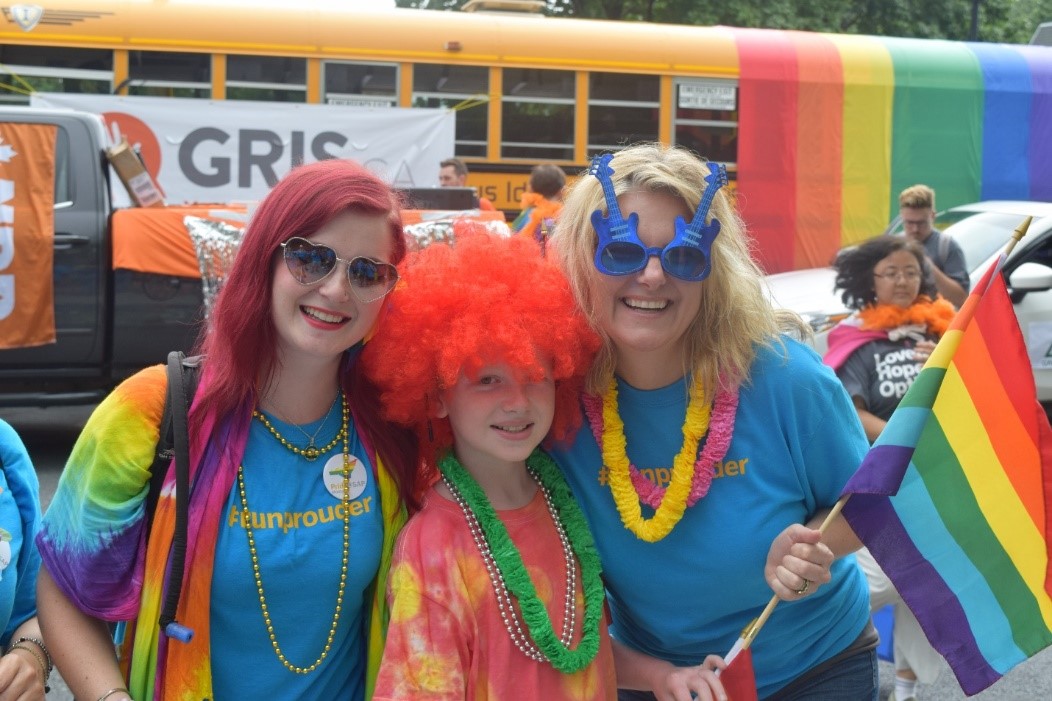 The core team responsible for Pride @ SAP Montreal’s presence at the parade is Julia Gualtieri (Facilities), Katherine Ginella (Communications), Vanessa Cusmich (Facilities) and myself (SAP Hybris). Special thanks also to our internal executive sponsor, Andre Boutet (Member of ELT and Sr. Director of SAP Hybris Cloud Services). Together, we faced the challenge of an operation that seemed impossible to achieve and grew by pushing our professional skills to the maximum.

Big thanks also to fellow employees and management at SAP Montreal who immediately encouraged us through this project, global Pride @ SAP and Pride @ SAP Canada for their support, and Pride @ SAP Vancouver for sharing with us valuable lessons learned from their participation in their local pride parade.

What I have learned during this experience is that we can excel at all times when we believe in our goal and have the chance to be so well supported by our employer. We also understand the importance of promoting links between the chapters of Pride@SAP – with Vancouver and Toronto to solidify the forces in Canada – but also with the USA. Our internal collaboration will allow us to work together again to renew this wonderful experience and increase our visibility for 2017 within the 3 largest LGBT parades in Canada. 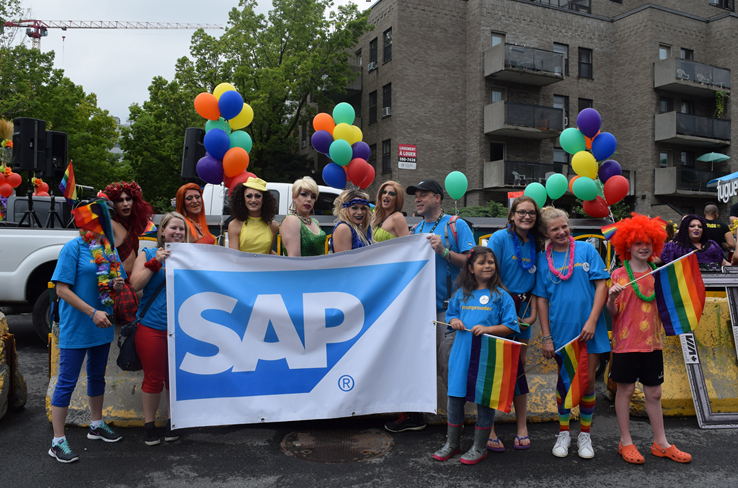 Such a great event, a great organizing committee and participants.

Looking forward to next years event, with great enthusiasm.

Well done FYB, sorry I missed it this year but you can count on my family to be there next year.