The Formula for Success Can Be Found….in Antarctica? 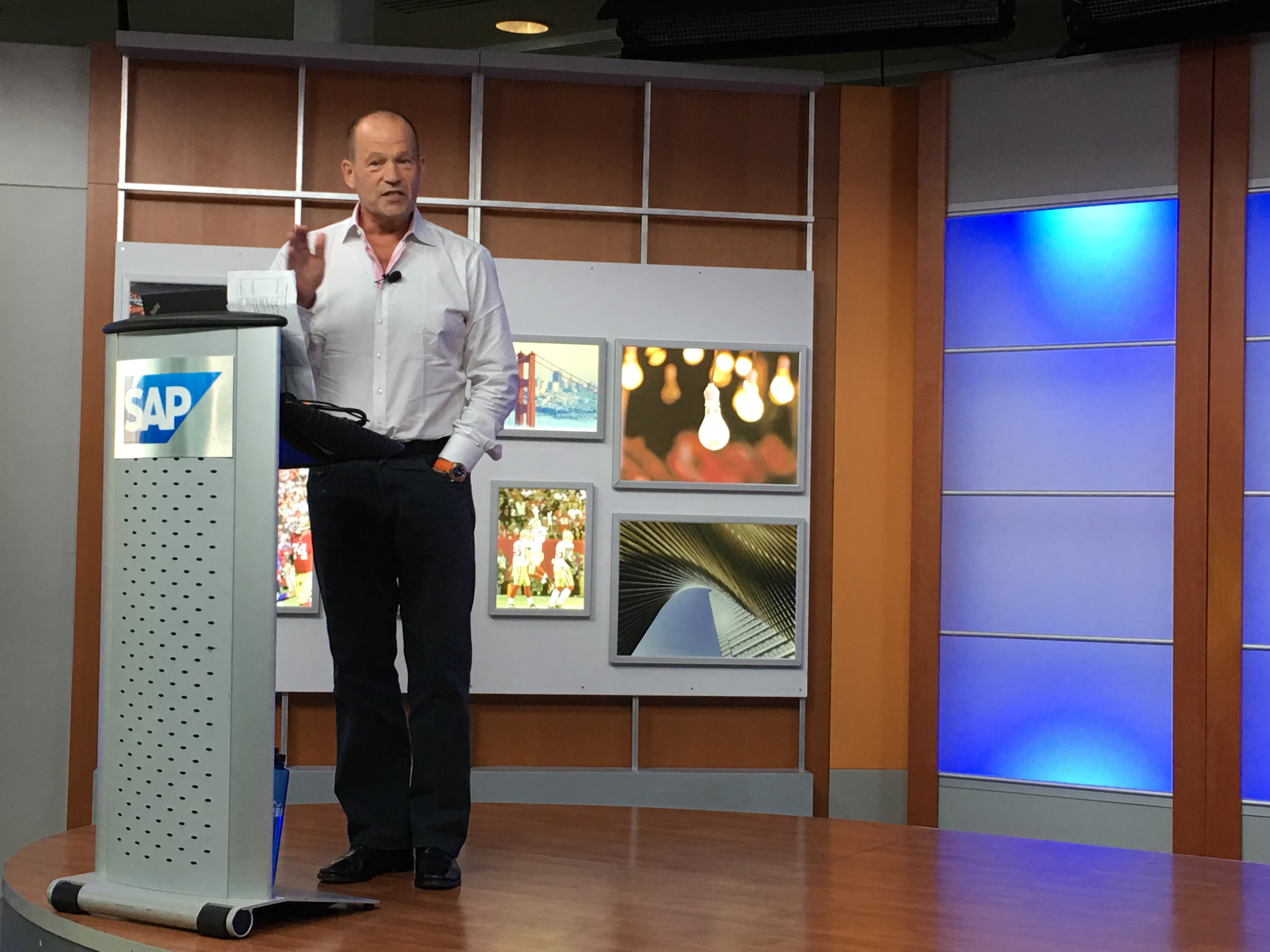 If you could choose the top two places on the planet you’d like to visit, where would that be? Did you choose the North or South Poles? Neither did I, but Sir Robert Swan, polar explorer and inspirational speaker, choose to walk, unsupported, to both. Robert, or Rob, shared his journey with SAP Silicon Valley on August 18, 2016, to explain why, how, and what he learned on his expeditions.

As a young man, exploring the North and South Poles isn’t necessarily on the top of my bucket list, but for Rob, it was a dream he could not let go of – a key point Rob encouraged the audience to remember. At the age of 22, Rob spent five years raising $5 million to make his expedition to the South Pole in Antarctica, with one goal, to remain positive. Not many were ready to jump at this opportunity to support Rob, but rather negative toward the idea.

Rob explained, “No one is inspired by negativity. It’s easy to be the negative person…I ask you please to be the positive person around the table. You will inspire someone by being you, being real, being authentic, being in front of somebody.” 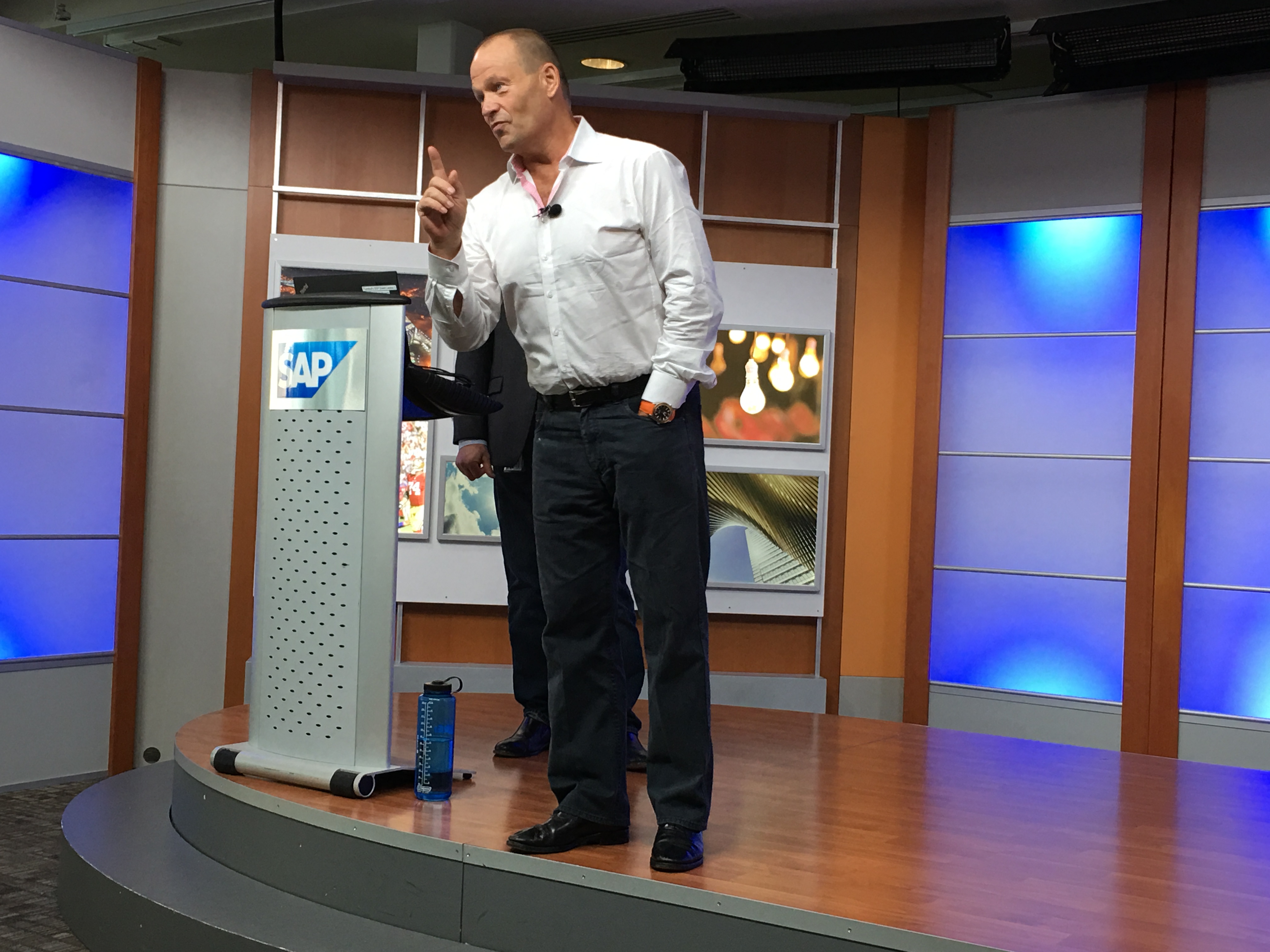 Those words spoke loudly to me and the audience, but his next comment hit home for most: “You will never inspire somebody by sending a text.” In a world drowning in emails, text messages, and tweets, the only way to float is to remain authentic. And so, by remaining true to himself, he was able to raise that $5 million and begin his journey to the South Pole.

The journey ahead – trekking 900 miles to the South Pole – was with two people who shared a mutual hatred for each other. Despite hating his companions, he knew he could trust them, if he didn’t, they would all die. As the “leader” of his expedition, Rob understood a very simple concept that is commonly misunderstood: “I didn’t always lead…We told each other the truth. We listened to what each other were really trying to say.” In order to accomplish his journey, Rob knew he had to let the professionals take the lead, he had to trust himself and trust his teammates. “If you don’t trust you, how can others trust you?” 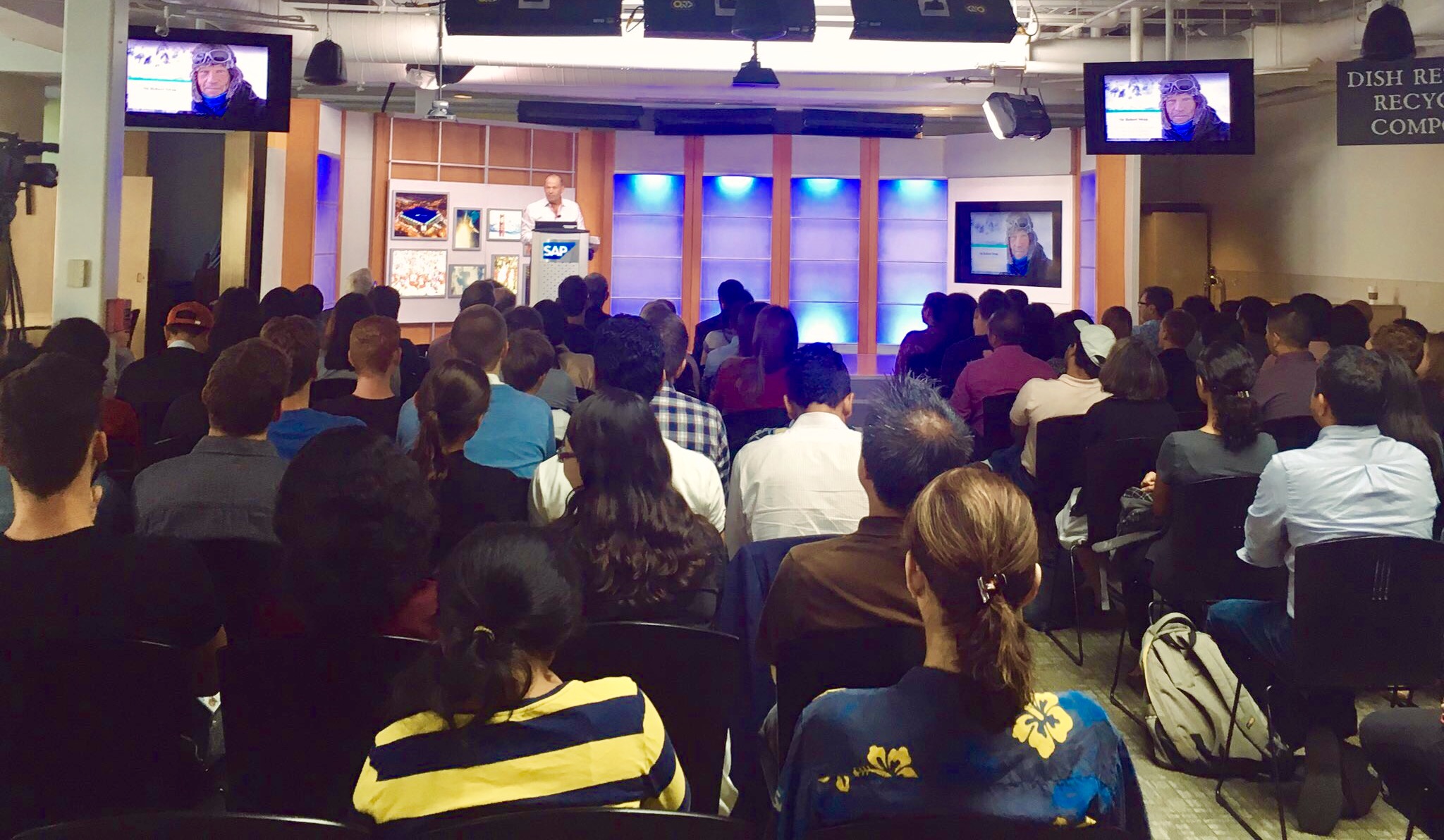 What could possibly be next for Rob? On his expeditions, Rob experienced firsthand how environmental damage is critically affecting the Polar icecaps. His new goal is to work to preserve the Antarctic as the last great wilderness on earth. Each year, he brings young people from around the globe to Antarctica to inform, inspire, and engage the next generation to join his mission to protect the polar icecaps from further damage. Learn more about Rob’s mission and journey on his website.

We may not ever decide to trek to the North or South Poles, or have the desire to, but the simple, yet easily misunderstood principles that Rob conveyed to the audience at SAPsv

are vital for our own personal and professional success. Dream, inspire, trust, lead, and succeed – learn it and don’t forget it, your survival and success depends on it. I’m not ready to trek 900 miles in the snow, but I can definitely apply these five simple understandings into my daily routine…can you?

SAPsv got to chat with Rob after his talk about his journey and what’s next for him, check it out below!