At the International Summer Science School Heidelberg (ISH) on Wednesday, July 20, 2016, 28 students aged between 16 and 21 coming from Heidelberg’s various twin towns got to know the method of “Design Thinking”. In a one-day workshop, the students gained an understanding of the different steps involved in this work method. The creative atmosphere in the SAP AppHaus Heidelberg made it the ideal location for this. Innovation workshops are regularly held here with customers of SAP, involving the application of this and various other methods.

Every year, students with an interest in science from Heidelberg’s twin towns, as well as from Australia, Israel, France, the United States, the United Kingdom, Germany, and Japan, come together in Heidelberg for four weeks. Here, under the supervision of renowned scientists, they complete internships at a wide range of Heidelberg’s prestigious research institutes, including the German Cancer Research Center (DKFZ) and the European Molecular Biology Laboratory (EMBL). In this way, they gain insight into research. This year, the ISH collaborated with a business enterprise – SAP – for the first time. 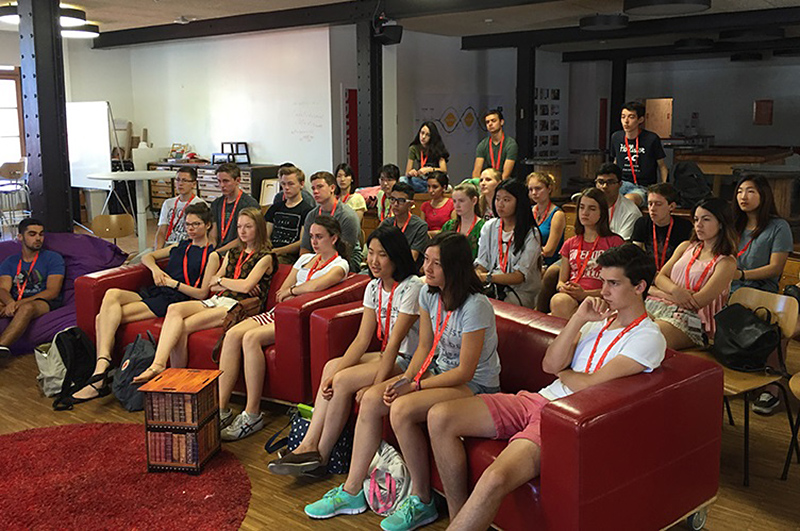 To foster a network between participants who attended in different years, the workshop thoroughly addressed the question: “How can we motivate former ISH participants to stay in touch with each other and the ISH?” This question emerged because, despite the fact it has seen a close bond among participants from the same year, the city of Heidelberg has not yet managed to establish a network that links together participants from different years. It is expected that the various participants of the ISH will benefit in the long term from a network of this sort and the experience gained, thus encouraging them to further strengthen their connection to this initiative. “It was a brilliant experience that also influenced which field of study I chose”, said one alumnus about the exchange. The task  which the participants engaged with throughout the course of the day was to consider in what form the alumni network should be introduced and what aims it should achieve. Using the Design Thinking procedure, the participants began by defining the problem more precisely and, with the help of interviews, formed some valuable first impressions. In an intensive brainstorming session, they generated a number of ideas for establishing an alumni network. As the workshop drew to an end, all five groups presented creative interpretations of their suggested solutions. The lineup included a puppet show, as well as role plays and short plays. Many of the ideas for staying in touch with former participants in the future revolved around the ISH Web site. Here, the main focus was on providing an overview of the different locations where the alumni live, as well as opportunities to get in touch with other alumni about their work and research focus. This would also give future researchers a platform for professional exchange. Dr. Philipp Gebhardt, Head of the European Learning Laboratory for the Life Sciences (ELLS), displayed his enthusiasm: “I personally really enjoyed the creative presentations at the end of the day, and I am very interested to test and implement quite a few of the ideas devised in collaboration with the city of Heidelberg. It should already be possible to put some of the items into practice on the existing ISH Web site.” 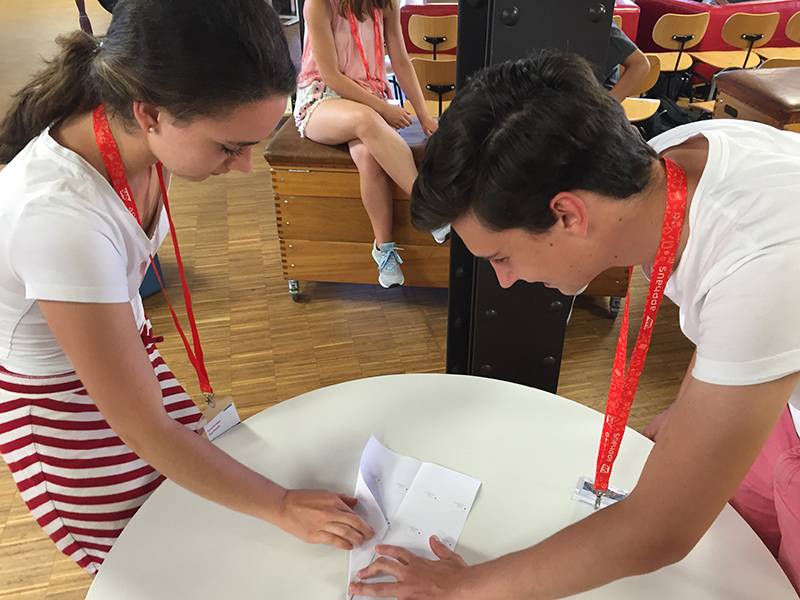 At the end of day, the participants also expressed their enthusiasm. They said they had seen how Design Thinking enabled them to approach ideas from an innovative angle. The organizer Dr. Philipp Gebhardt also gave some positive feedback: “The coaches of the Design & Co-Innovation Center did a fantastic job of leading the groups and kept motivating them to reach the next step – this was at times challenging, particularly as it was such a hot day. This gave added significance to the students’ discovery that persevering and creatively implementing ideas as prototypes pays off.”