UI Extensions in OPInt – A New World of Possibilities

That’s exactly what the UI extensions in OPInt 1.0 SPS12 gives the end users – new world of possibilities for an old problem.

Thanks to the responsive UI design of SAP Operational Process Intelligence, the line-of-business users and process workers were able to gain immediate visibility into their end-to-end processes in both desktop and tablets. They were also gaining insights into their key performance indicators visually, using the generated charts & graphs which required zero coding.

But what if the users want to add a visualization (like geo maps) which is not a default option with SAP OPInt? What if they want to show additional functionality in the SAP OPInt dashboard to enhance the user experience? What if they want to navigate to other application(s) from SAP OPInt? If you had these questions in your mind, then there is an answer to it – OPInt UI Extensions. Starting with SAP OPInt 1.0 SPS12 the customers and partners can adapt SAP OPInt workspace (a.k.a. space.me) for their specific requirements – like adding buttons to perform custom actions, adding a new type of tile other than measures and indicators, changing the on-click behavior of any tile & navigating to a different app, etc.

What can be achieved in OPInt with UI extensions 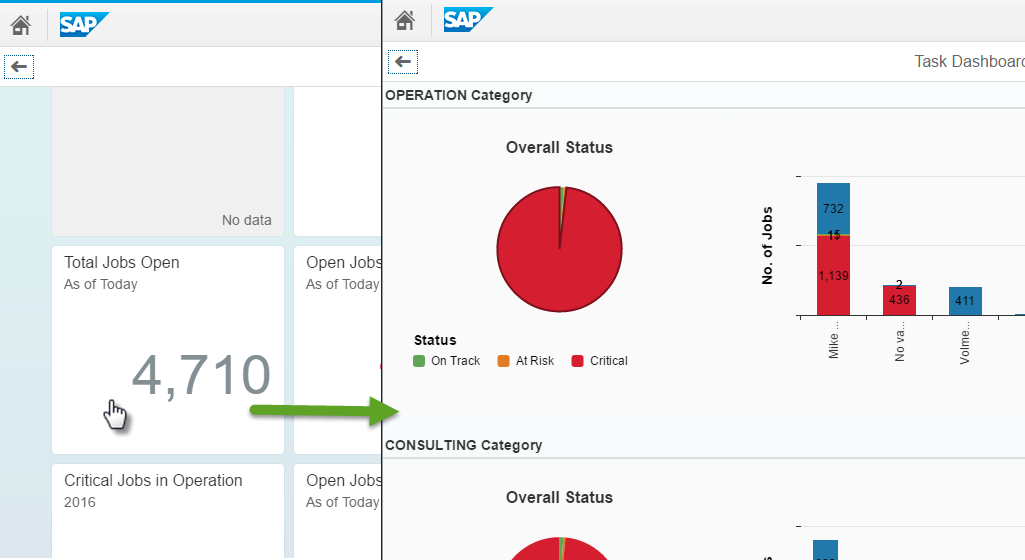 New type of tile other than the standard measures and indicators 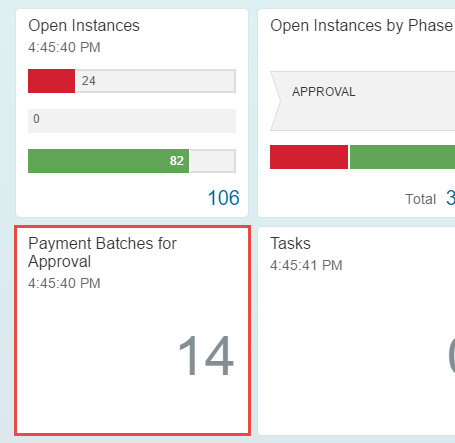 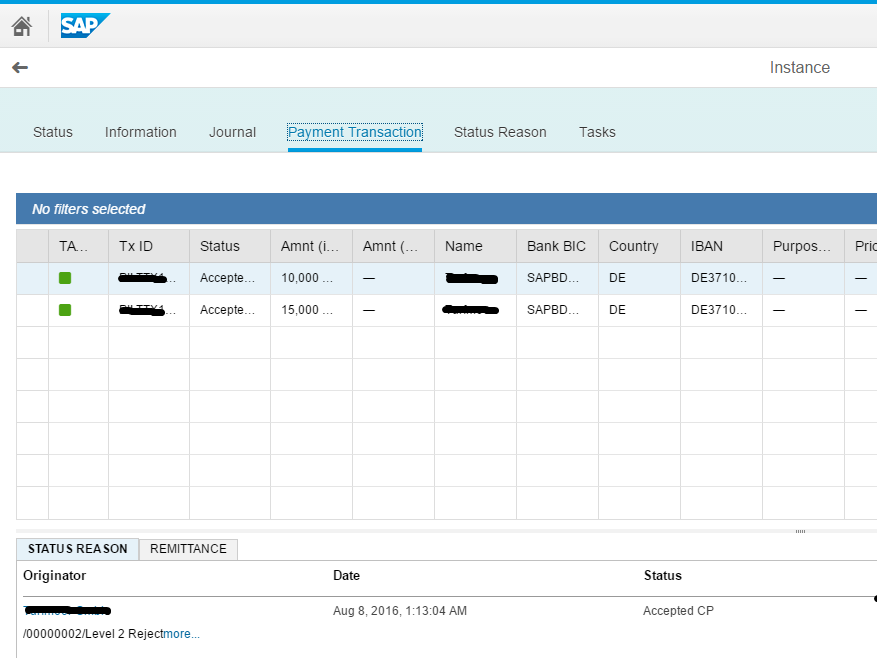 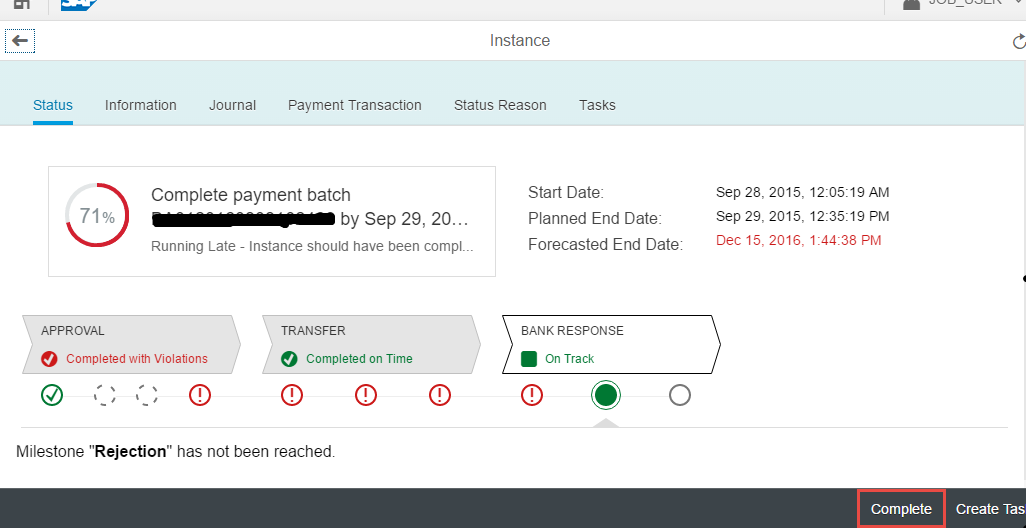 In this first blog of a series, I would explain the concept of UI extensions in OPInt and the various artifacts in space.me you can extend. In the subsequent blogs I will explain in detail for each of the use cases on how do you extend OPInt.

How does OPInt UI extensions work

SAP OPInt uses extension capabilities provided by SAPUI5 to support customization in space.me. For details on SAPUI5 extensibility concepts refer the SAPUI5 Documentation on Extending Apps. To understand this blog series better, going through the SAPUI5 Component Documentation is recommended (but not mandatory) which explains the extension features supported by SAPUI5 in brief.

When the user tries to access the extended OPInt application via HTTP from his/her iPad or laptop, (for example /my/opi/workspace), the control reaches the index.html. Since the index.html is linked to your component which extends the OPInt’s component, the standard libraries are first loaded and then additional libraries are loaded (if you have used them in your component). The same happens when you extend OPInt’s specific view as well. In short, your custom application will have the exact same functionality of space.me together with the additional implementation you have performed in the controller or view. 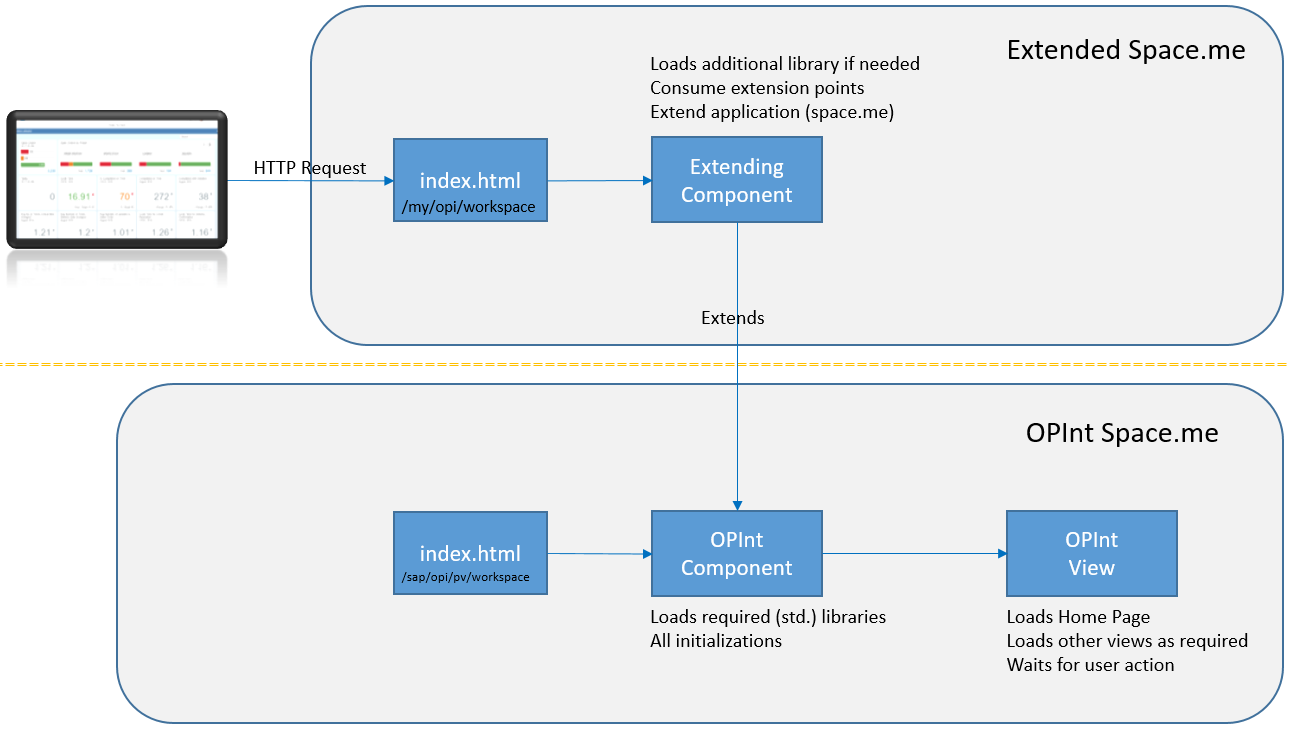 Some of the possible UI extensions

This looks like an interesting blog series.  We have had users asking if they can click through from OPI to the underlying data in the SAP GUI, or Fiori apps, and I can see now that we will be able to do some of these things using SP12.

do you have any updates or links about the "coming soon" blog scenarios?

Very nice blog with detailed step of explaining the process for UI extension . Do you have any update for the coming soon blog for "Add custom Tabs to show additional information ".