In my Project, this issue was encountered while transporting 3.x Update Rule of Cube

There were several Routines, Formulas and Constants in the Update Rule.

When the TR was moved, it ended in Error code 8 and failed. When the logs were checked there was no proper message to find out the exact error.

I tried to capture the Update Rule in TR from transport connection and also from RSA1 and tried to transport again but yet it ended in error.

The syntax check was done for each of the routines and there was no errors reported for the Routines and the formulas yet the TR failed.

Finally, the issue was found. Please find below the easy method to find out the issue.

In the Production system, I double clicked on the Update Rule, clicked on Edit and then clicked on the Syntax button highlighted below and the details of the error was clearly shown which was very helpful in resolving the Error.

The error was in one of the Routines which was resolved and TR ended in Success. 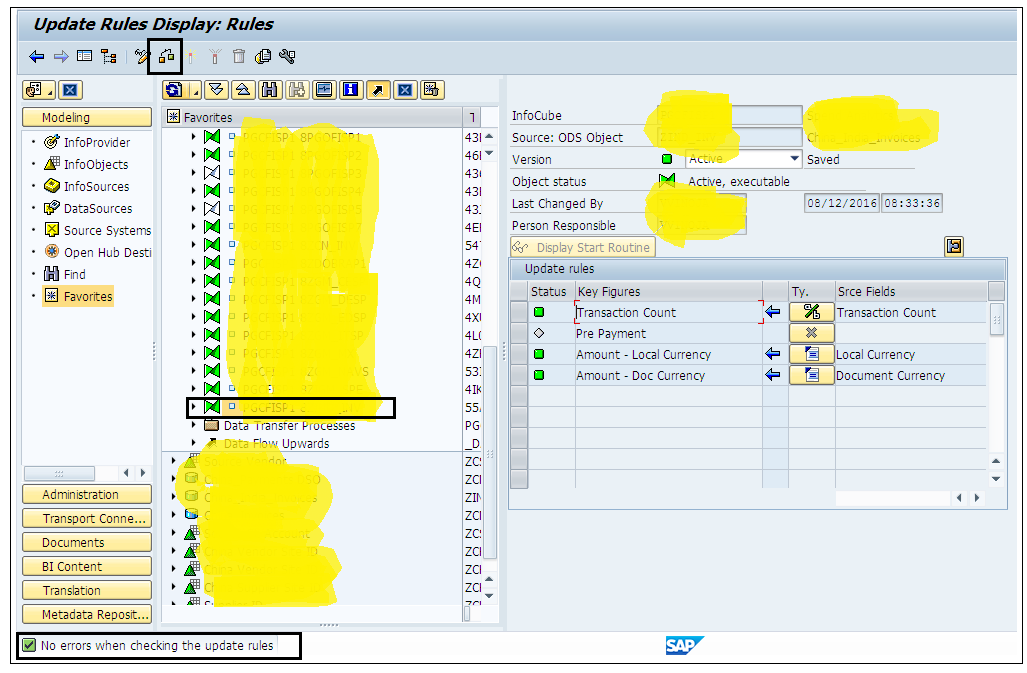