This document describes the steps to use the new feature of code correction/pre-production fix in the Cloud Applications Studio 1608 onwards. It enables you to make changes to ABSL files and fix bugs directly in the pre-production/production system.

To use this feature, enable the PDI_PRODUCTION_FIX Work Centre View for the user.

If this WCView is enabled in the Development system where the solution is in an Assembled state, you will see the following message

On Test/non-Production systems, you may see a message to remind you that if you have done any changes in the non-source system, the code will have to be manually done on the source system to avoid losing the code changes when the patch is deployed from source system into Production

Irrespective of the system you are in, you would see the 2 new buttons “Create Correction” and “Close Correction” as soon as the PDI_PRODUCTION_FIX Work Centre View is enabled for user.

To make a fix, click on Create Correction button.

This will show a popup message as follows 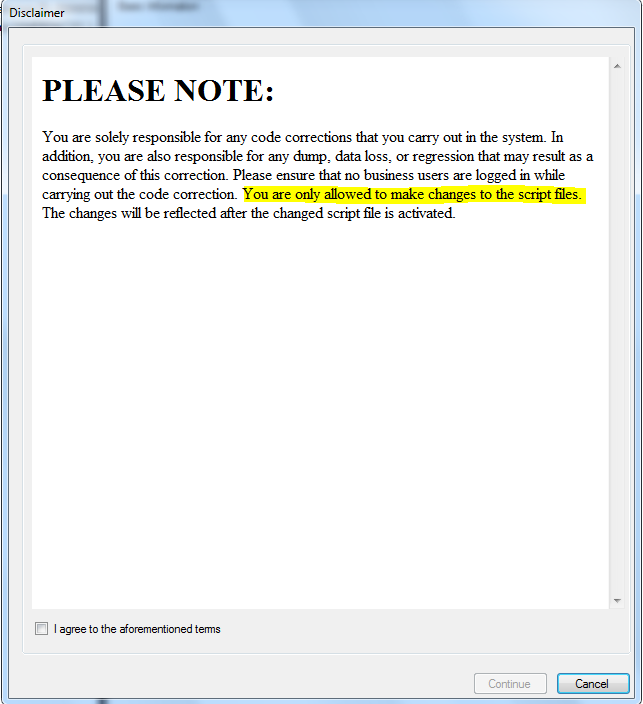 This means that you to make changes to ABSL files directly in the pre-production system. It is not recommended to make any changes directly into the Production tenant, but it is technically possible to do so.

You will not be able to add new fields/screens/script files/objects as part of this feature. You will see the options will be greyed out. 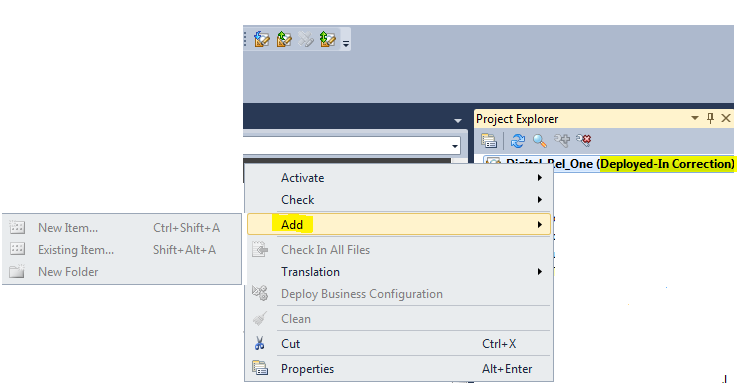 For the existing script files, you can overwrite, add lines of ABSL script or delete existing lines of code but cannot delete the script file all together.

Also, an additional feature to Revert is available that lets you revert changes instead of manually typing it all over. This button is also available after you’ve made changes and saved the corrections. Once changes are made, you follow the usual process of activating the files and checking it in.

If fields aren’t checked in, you get the following message.

NOTE: If these changes are not manually copied onto the source system from where the deployment originates, it will overwrite the changes done tothe ABSL script files.

Excellent blog Preethi! Many thanks