In 2004, Dr. Paul Farmer, founder of Partners in Health, during a tour of national hospitals with the Rwandan Ministry of Health, asked to be taken to the “worst possible” hospital in Rwanda. Thus began the relationship between Rwanda and Partners in Health, with the selection of Rwinkwavu hospital in Kayonza, one of the poorest districts in the country. Rwinkwavu hospital was a wartorn, partially-derelict facility built by a mining company during colonial times that was trying to serve the health needs of 800,000 people. 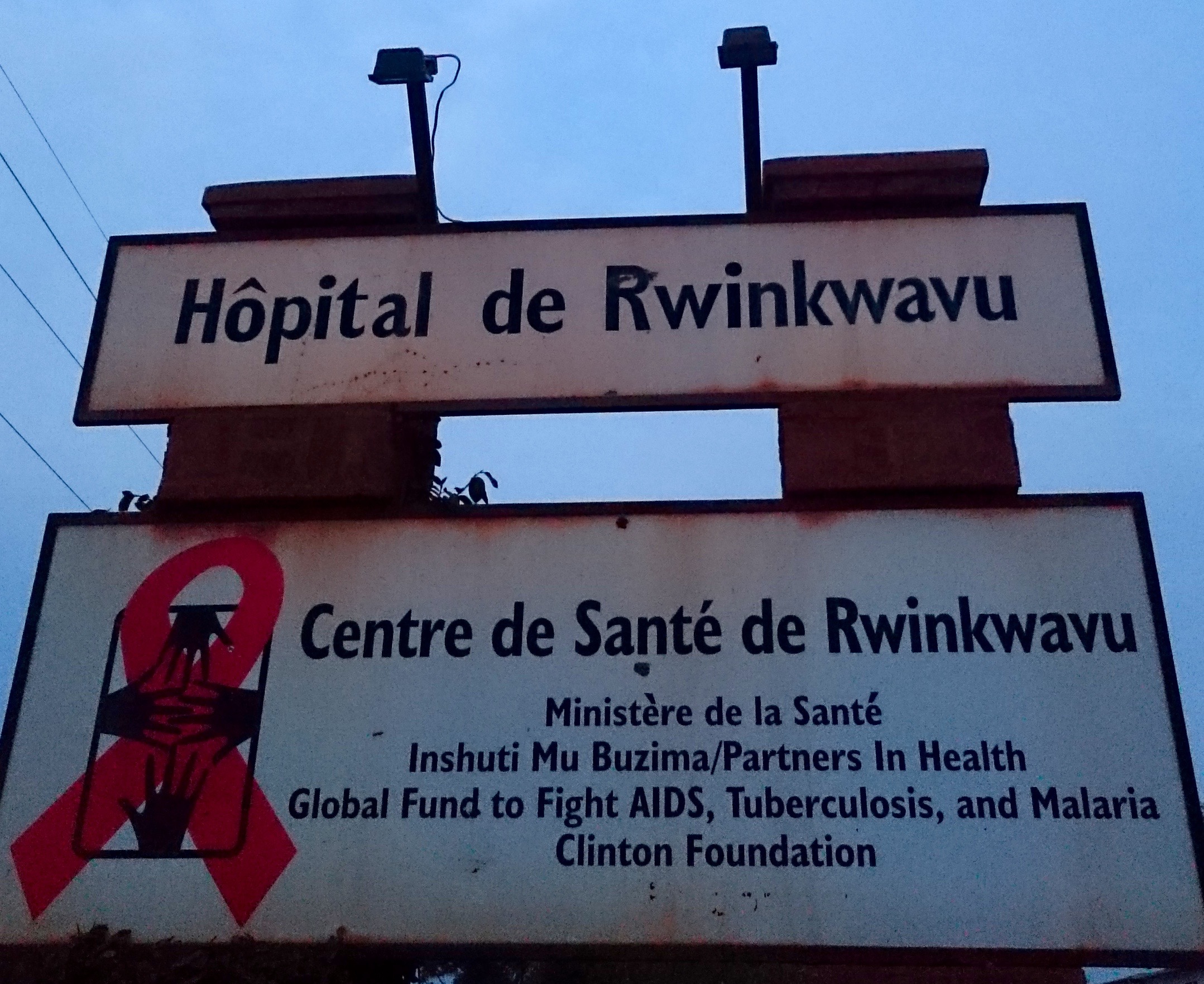 In just four years, using an operating model developed in Haiti, Partners in Health help to rebuild, transform and expand the hospital into a modern, efficient and pleasant facility where only a nostalgic roadside sign hints at its former state. Since then, PiH have transformed a second hospital in Kirehe and, most impressively, built an entirely new hospital in remote mountainous Butaro, featuring Rwanda’s first oncology center, one of very few hospitals serving cancer care needs for east Africa. 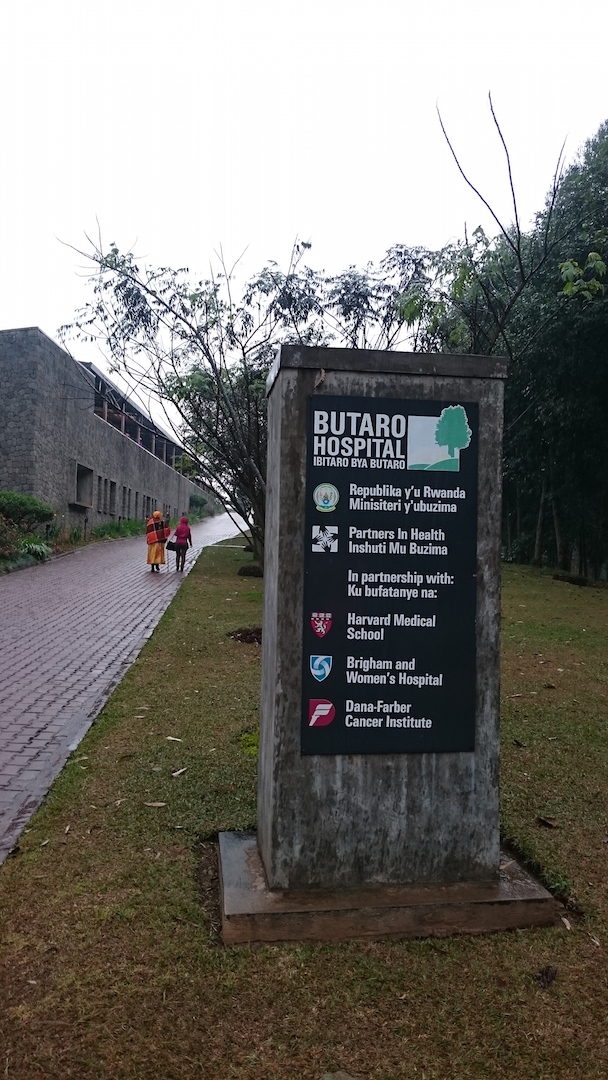 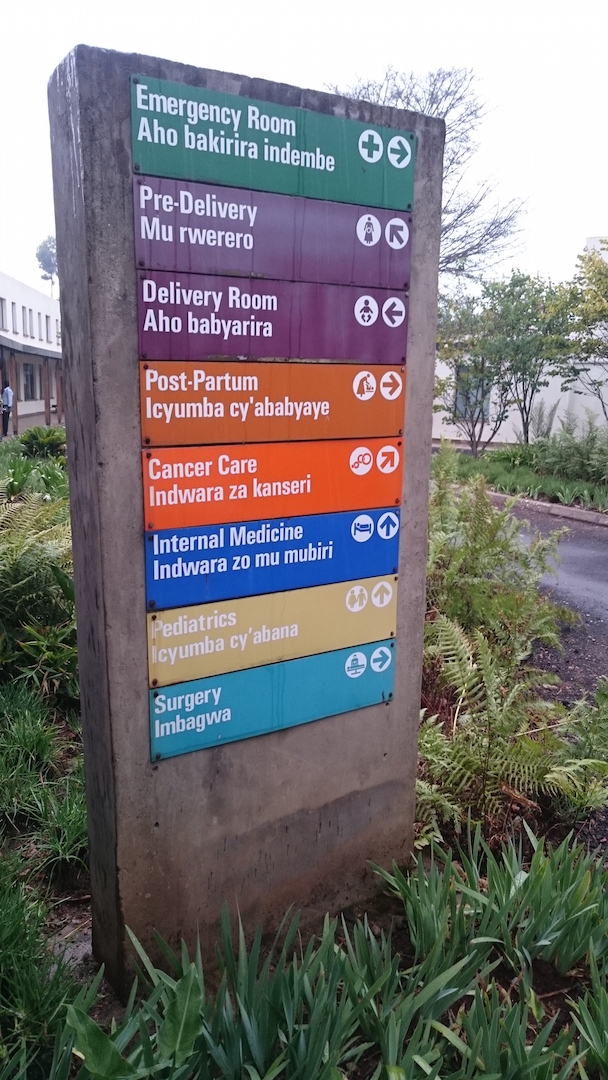 The first priority of Partners in Health is addressing the healthcare needs of the communities that it serves. The next priority is to research the trends and causes of the regional healthcare needs in order to provide the health ministry and medical staff with the data that they need to start to address the bigger-picture problems.  Research requires data: and Partners in Health Rwanda has lots of data.  The newly appointed Head of Research, Dr Fred Kateera, has acknowledged that several issues need to be addressed: less than 20% of collected data is re-used; an estimated 400GB of data is distributed across several platforms (and tens of thousands of files), access control has been inconsistently applied, and a lot of data is unstructured; such as recorded audio interviews with program participants.

At the end of 2015, SAP and GSK considered an ambitious plan: by joining forces could the Corporate Social Responsibility impact of both firms be greater than the sum of its parts: could 2+2=5? Partners in Health seemed like a great place to test the theory: data management for healthcare.

Schedules were co-ordinated so that the three SAP participants from the one-month SAP Social Sabbatical program overlapped with the six-month GSK Pulse Program assignment for two GSK participants during July and early August 2016.

The team got down to work at the Partners in Health head-office in remote Rwinkwavu: meeting researchers, doctors, technical staff and management to understand the organisational workflows, the data retention and storage obligations and the scale of an ambitious five year plan to expand research for doctors and students on assignment from several hospitals and universities in the US. 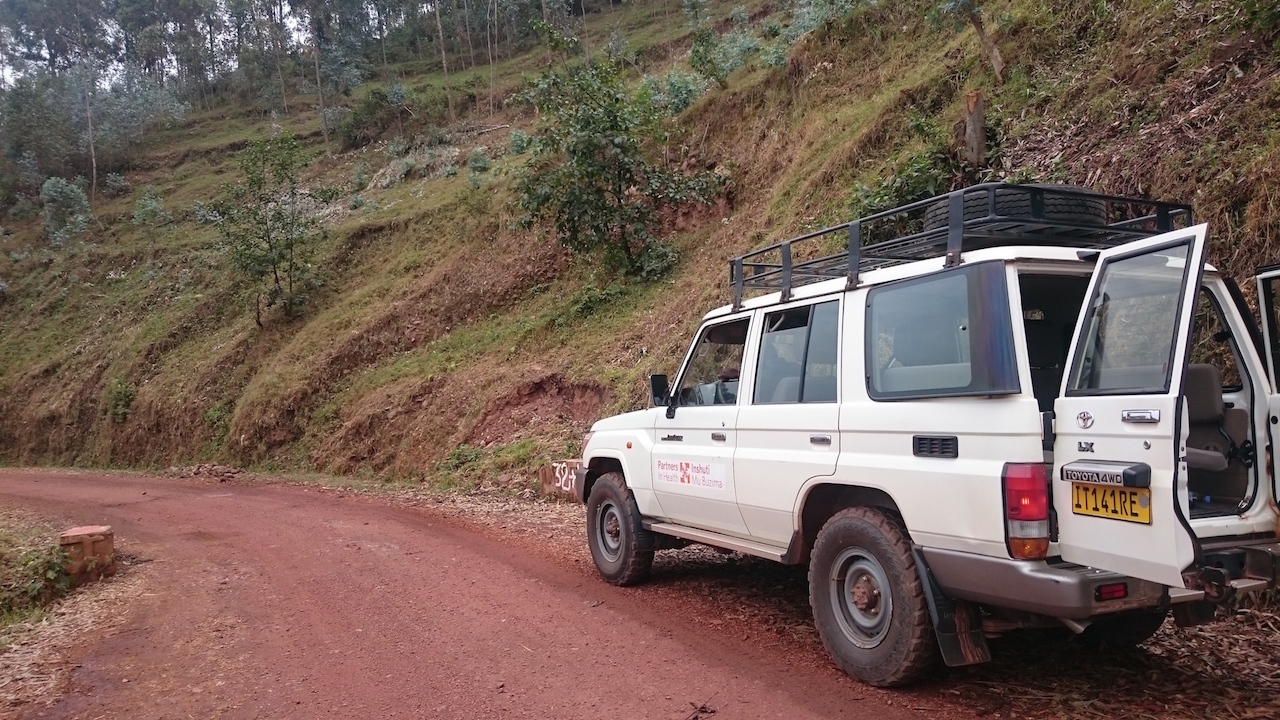 Within one week, the scope of the system became clear and various open source technologies were proposed and road tested for suitability in an environment with challenging network and power connectivity and with an IT team stretched quite thin with keeping the OpenMRS hospital system operational. A pilot system was installed and launched during week three including document management for published research, reverse-engineering to extract re-usable data from Microsoft Access and Excel documents, and a new research-project data model that could be deployed for each new program. 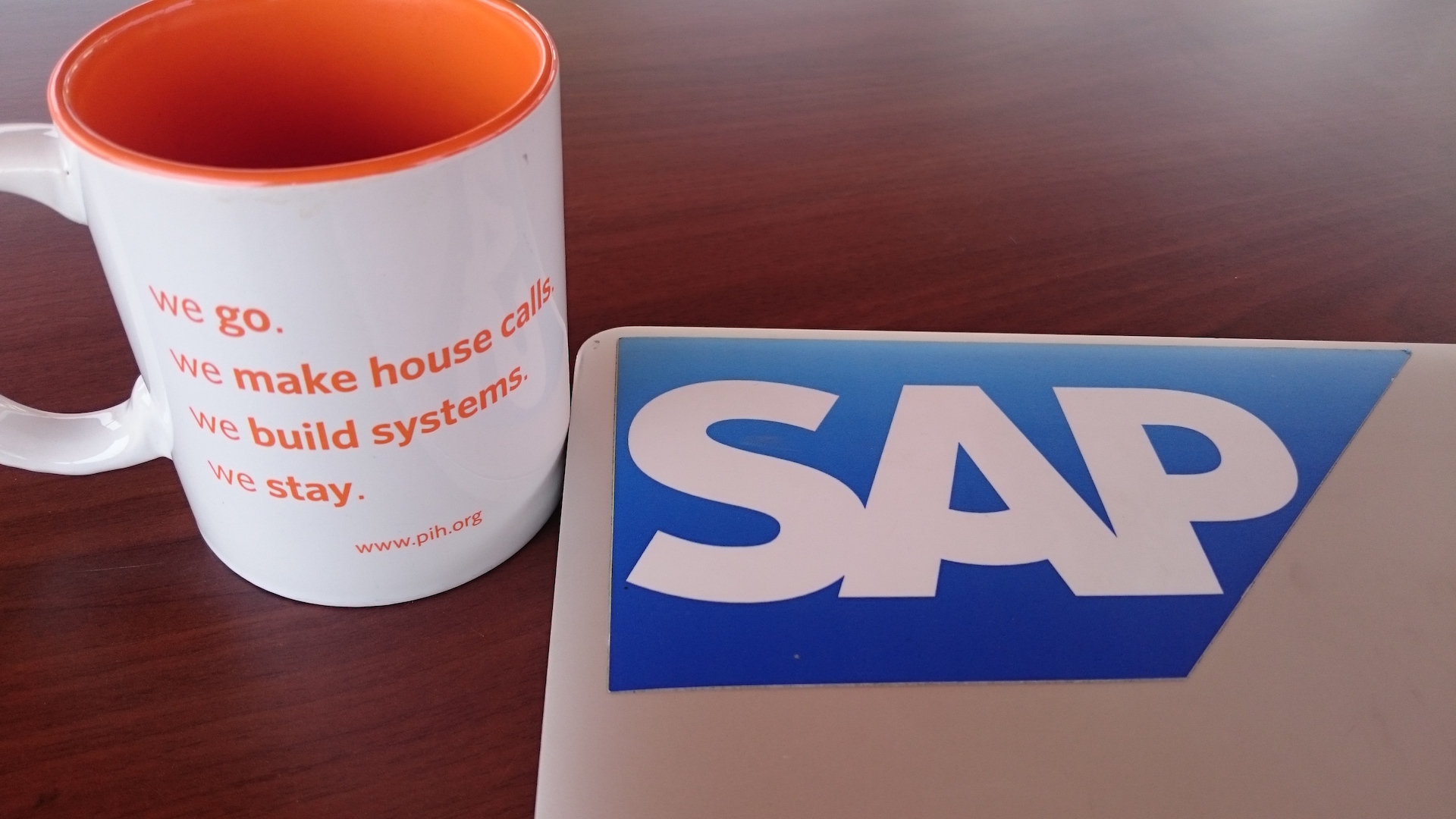 The SAP social sabbatical program, at four weeks, created a sense of urgency to materialize some of the system design into a functioning pilot system before the SAP team departed. The two GSK volunteers will remain in Rwinkwavu to help to co-ordinate a change plan that brings the newly launched citrus system to full productive use by the end of 2016. Their expertise with healthcare and clinical data has been critical in guiding the system implementation so that the technical design by the SAP volunteers can be realised.

Partners in Health have been the third pillar in this project; with a can-do attitude for every new challenge. Their motivation to assist both SAP and GSK in every way possible during a few frantic weeks of planning and testing mean that they now have a functioning pilot research database in a fraction of the time that it normally takes. 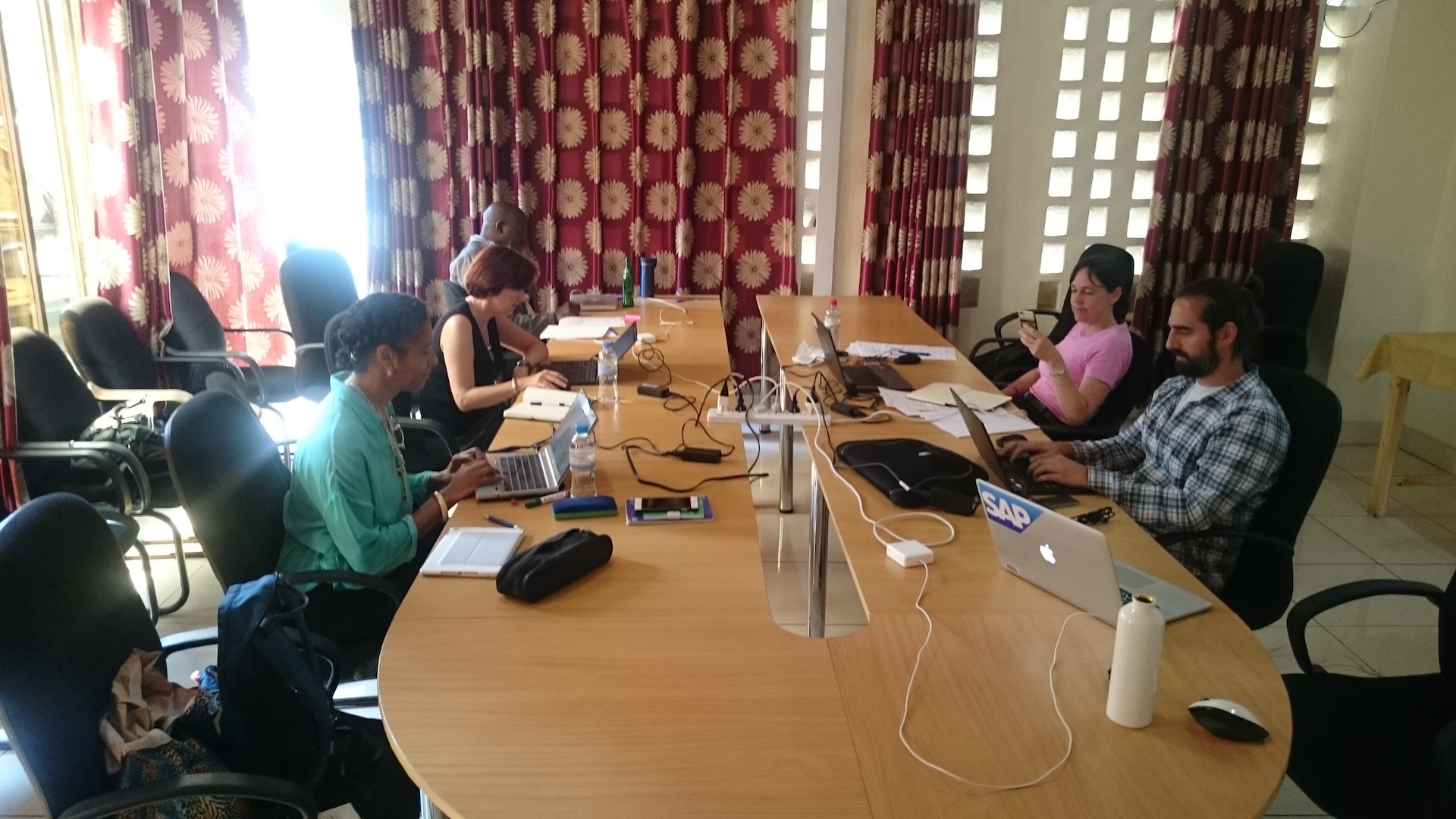 It may seem a cliche, but it really does appear that the joint partnership between Partners in Health, GSK and SAP has indeed defied the laws of mathematics (however briefly) to realize 2+2=5.

What the 5 of you achieved in such a short period of time is truly remarkable and you can be very proud of your work!

This is mind-blowing Alex and team, you guys are simply the greatest!  This programme continues to fascinate me with the ever-increasing reach, impact and sense of continued relevance. Well done team!

I am Christian Rwaka K. a partner of SAP in Rwanda.I am very interested to visit these hospitals and see what you accomplished because its very impressing.

Do you know who I can contact to request a site visit?

The program is truly something to be proud of, as a SAP and as a person. I believe all are humanitarians at heart, so why shouldnt a company be so as well. thank you for sharing