The unstoppable rise of robo-advisors 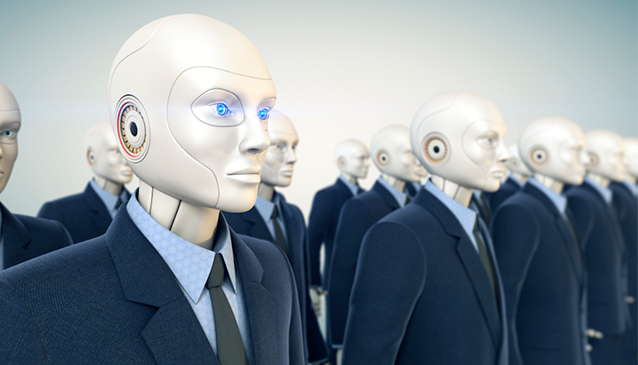 The Financial Times estimates that the market for funds advised by hybrid robo-human services will grow to $16.3 trillion worldwide in the next nine years. According to Swiss financial research company, Myprivatebanking.com, pure robo-advice has jumped from $19 billion in 2015 to $43 billion in 2016. The rise of the robo-advisor appears to be unstoppable and is key to the opening up of wealth management to the mass market. There are a number of reasons why this is happening and why now.

With interest rates at record lows, virtually zero or negative in many parts of the world, savers are looking for places where they can get a return on their money as an alternative to putting it under their mattresses and seeing rising inflation eat away at the value of it faster than the moths.

With cheap funding available from the central banks the high street banks, who have traditionally used savings accounts to fund their lending activities, are no longer interested in competing for consumer savings. The days when the likes of ING Direct were fighting for savings at attractive rates have gone.

Governments have introduced legislation such as the UK’s Retail Distribution Review that was designed to raise the quality of the advice that customers received from their financial advisors and to make the charges paid to advisors far clearer. This well intentioned regulation has resulted in the disappearance of affordable wealth advice for the mass market from the high street. The banks, many insurance companies and Independent Financial Advisors (IFAs) deciding that the cost involved in training the staff to meet the new standards for the significant reduction in the revenue from selling investment products (as both upfront and trailing commission, largely invisible to customers, was banned and replaced with explicit upfront fees) was simply not worth it.

In a rising market it is relatively easy to appear to be a successful fund manager, particularly when your low risk investment strategy is largely to shadow the indices in the markets you are focused on. Even the star performers who have been hugely successful in the past have been seen to be human – the challenges that Antony Bolton had with his Fidelity China Special Situations trust and Neil Woodford has with his Patient Capital Trust illustrate how difficult it is for active funds to consistently perform. Increasingly and particularly during periods of economic uncertainty and turbulence in the markets it has become evident that the majority of active fund managers fail to outperform passive index trackers, even more so when the charges for these funds are taken into account.

In 1993 the first Exchange Traded Fund was launched and there are now several thousand of them. An ETF is a marketable security that tracks an index, a commodity, bonds or a basket of securities like an index fund and because it is traded on a market is priced throughout the day unlike mutual funds. Amongst the reasons that the emergence of ETFs is influencing the rise of robo-advisors is that they generally have very low costs, they have a low entry price (buying one share is possible) and because they operate like an index it is very easy to automate the management of the fund.

All robo-advisors have been built around ETFs as the core funds in the portfolios that they recommend to their customers.

With consumers increasingly trusting personalised recommendations from the likes of Netflix, Spotify and Amazon there is far more acceptance that artificial intelligence can be relied upon. This is further boosted by the considerable loss of trust by consumers in the people within the Financial Services industry following scandals such as the mis-selling of Payment Protection Insurance (PPI), fixing of the LIBOR and FX markets and the 2008 market crash.

Without the dramatic drop in the cost of supercomputing and the ability to deliver it over the cloud the sort of services that robo-advisors can offer would not be possible. The Independent Financial Advisor used to have the advantage of having information superiority and exclusive access to financial models – this has been taken away by the pervasiveness of information and the ability to deliver supercomputing to mobile devices. Algorithms that used to require a Cray to process can now be delivered via the cloud to an iPhone, tablet or android device. This allows the ordinary person through their robo-advisor to take advantage of sophisticated tools such as algorithmic trading.

With high volatility in the markets and with 24×7 newsfeeds then the ability to process both structured and unstructured data, including sentiment analysis, all in real time reduces the risk involved in investing in the market. This provides the robo-advisor firms using AI to flex the recommendations and portfolios in real time.

Who are the key players?

The market was started in the US with the likes of Vanguard, Betterment www.betterment.com/, BlackRock’s FutureAdvisor www.futureadvisor.com, Charles Schwab’s Intelligent Portfolio https://intelligent.schwab.com/ and Wealthfront www.wealthfront.com/

With the potential size of the market it is likely that not only will the large US players bring their offerings to Europe but others from within Europe will enter the market. This will be thorough a combination of three ways:

The low cost to consumers of buying a funds portfolio using robo-advisor technology is significantly increasing the market size for what has traditionally been seen as wealth management. With many banks and insurance companies abandoning the provision of financial advice to the mass affluent it is also providing a significant opportunity for new technology enabled players to enter the market. This is a significant competitive threat to established players who persist in only using traditional channels. It also threatens the relationship banks have with mass affluent customers and risks relegating banks to simply providing low margin transactional services.

Now is the time to act.

Hi, even if it is an older Blog.-Article it is under the Topic of AI and Machine Learning really interesting. The Fact is that Robo-Advisor til now have nothing to do with AI and Machine Learning or the Usage of Big Data. Even if all this technologies are in the Year 2018 more an more in use (see for the example the Smartphone Market), in the Wealth Management Market it is just a Topic to talk about and that's it.

An interesting German Article about you can find here >> https://www.roboadvisor-portal.com/big-data-und-robo-advisor-weil-das-eine-ohne-das-andere-nicht-sein-kann/

Robo Advisor work on simple Algorithms, not more. And the last Crash on the Stock Markets beginning of 2018 showed that they perform not really better as the Human Competitors. Fact is that the main Advantage Robo-Advisor actually have is the Topic of Costs.

So if we talk about a "rise" then just about the Amount of Market Partcipants world-wide and not really under the Aspect of Technological Development.

Another great provider that is seeing some serious growth within the UK is Wealthify.com - they seem to be doing very well in this vertical at the moment