During development of scenarios with Quality of Service = Exactly Once In Order and involving polling sender adapter types (e.g. SFTP, File/FTP, JDBC, Mail, REST in polling mode), as well as some other adapter types (REST in push mode), it is required to set queue name / sequence ID dynamically, based on data contained in the processed message. Standard functionality of such adapters provides support for fixed queue name that is specified in configuration of a sender communication channel (which means, all messages processed by this communication channel, will be sequenced using a single queue / serialization context, which is often not acceptable / optimal), but it lacks functionality of setting queue name dynamically at runtime. In order to fulfil such described requirement, commonly used solution is to develop a custom adapter module. The approach is based on overwriting sequence ID of a processed XI message using standard API of Adapter Framework of Advanced Adapter Engine (refer to SAP JavaDocs for class com.sap.engine.interfaces.messaging.api.Message), and setting the required sequence ID (commonly, its value is based on value of some payload element that can be accessed using XPath). A custom adapter module has to be placed before the XI message reaches Messaging System (which translates to adding this custom module before standard adapter module CallSapAdapter is called in the module processing sequence of a communication channel).

In this blog, I’m not going to dive into details of this approach, since it has already been well described by other SCN community members in the past and examples of corresponding adapter modules have been provided and can be found on SCN – here are just few links and references to materials that have good outlook at this approach and its implementation:

Observation of many materials which describe this requirement and solution, and some degree of repeated development in this field undertaken by different teams, motivated me for writing this blog, which aim is to prepare an adapter module that is capable of fulfilling majority of requirements raised in the described area and collected from SCN blogs and forums, as well as those originating from projects I was involved in. Intention is to share with the community the adapter module that is generic enough to be re-used in various projects facing similar requirements, and enable reduction of repeated development efforts.

In all examples below, in the sender communication channel, Quality of Service = Exactly Once In Order was selected and queue name = ‘DEMO’ was provided:

XPath expression is the only mandatory parameter for the developed adapter module – so let me start with the basic configuration involving only that parameter: 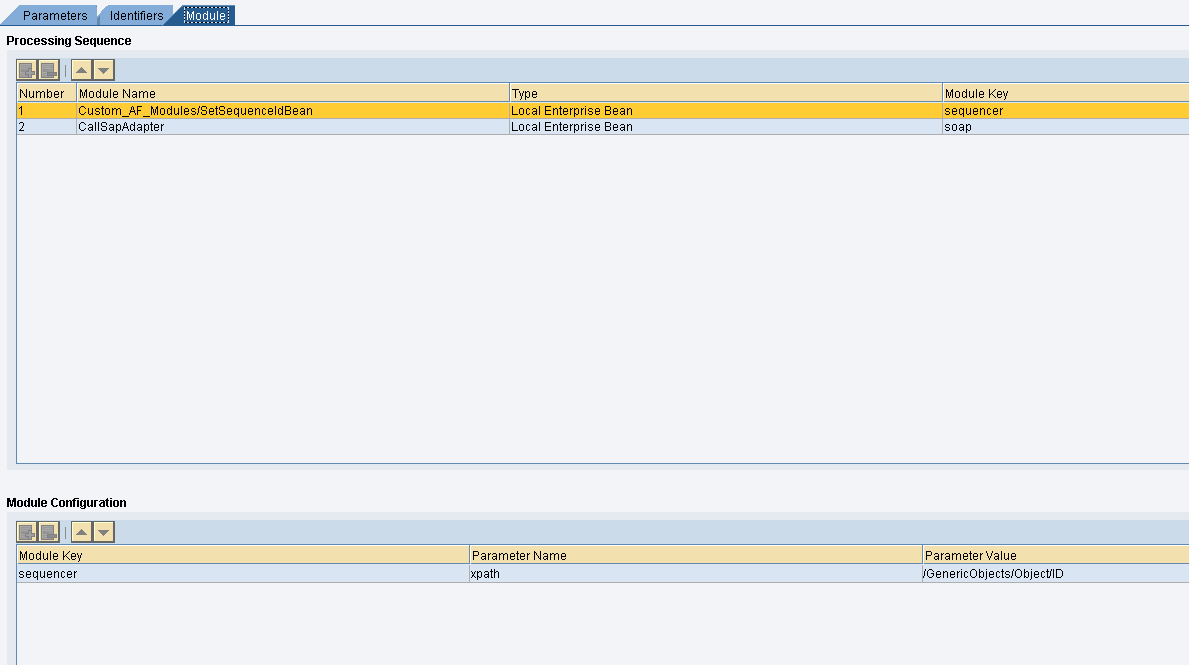 Following payload of the incoming message, against which XPath is applied, is used in this example:

As it can be seen, at runtime, the fixed sequence ID (‘DEMO’) was overwritten by the one determined based on the message payload (‘00012345’): 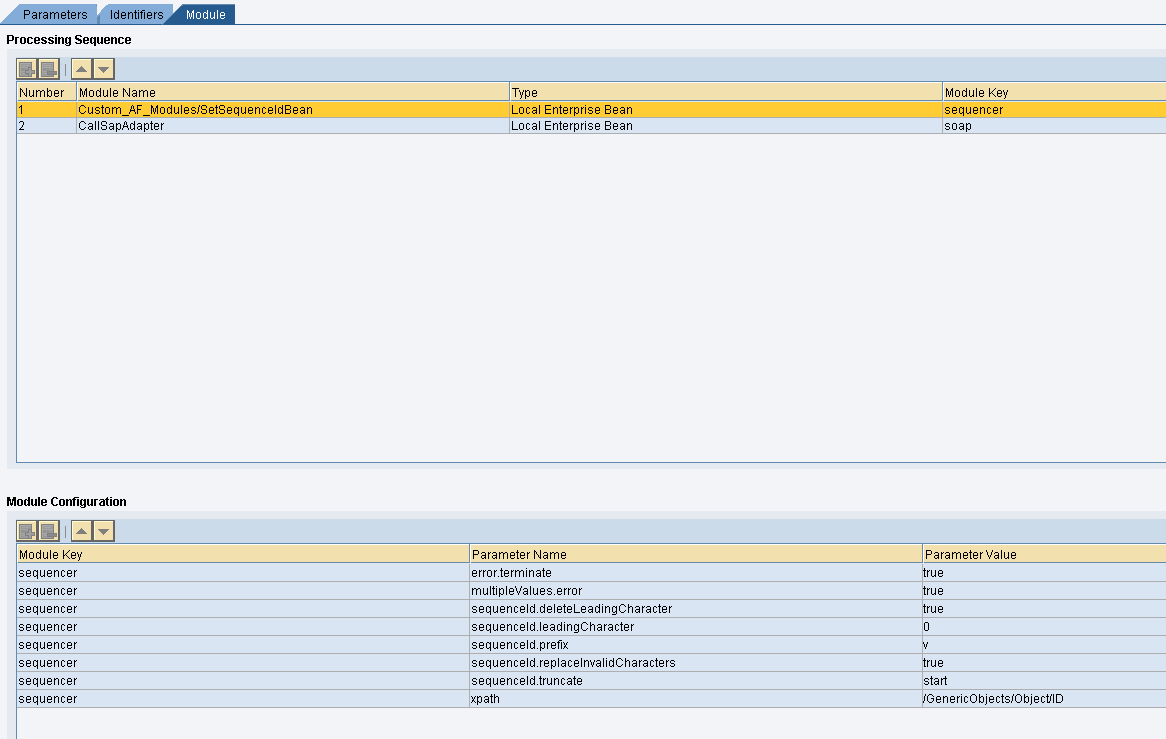 Following payload of the incoming message, against which XPath is applied, is used in this example:

When executed at runtime, this leads to the following sequence ID determination and overwriting:

To give feeling of impact of various other module parameters, some more examples of determined sequence ID based on module parameterization and message payload, are given in the table below. Please note that for parameters expecting Boolean values, I used various acceptable values (true/false, True/False, yes/no, 1/0) in sake of demonstration of different possible alternatives to provide configuration for them – in scenarios, it is advisable to select consistent value alternatives and use them for all Boolean parameters configuration (e.g. only true or false, only yes or no, etc.) in order to make adapter module configuration more readable.

Compiled and built latest version of the adapter module, assembled into deployable EAR file, is available at

The adapter module has been compiled in compliance to JDK 1.6, and has been successfully tested in PO 7.31 and PO 7.4 systems.

I will highly appreciate your feedback left in comments to this blog and encourage you sharing ideas about demanded, but yet missing functionality of this adapter module. This will help a lot on the way of enriching future versions of the module with new features based on your suggestions, and increasing module’s re-usability.