Until now, none of the earlier Commons Mode templates had been ported to M Mode.  As of SP03, three of these have been included, as shown below: 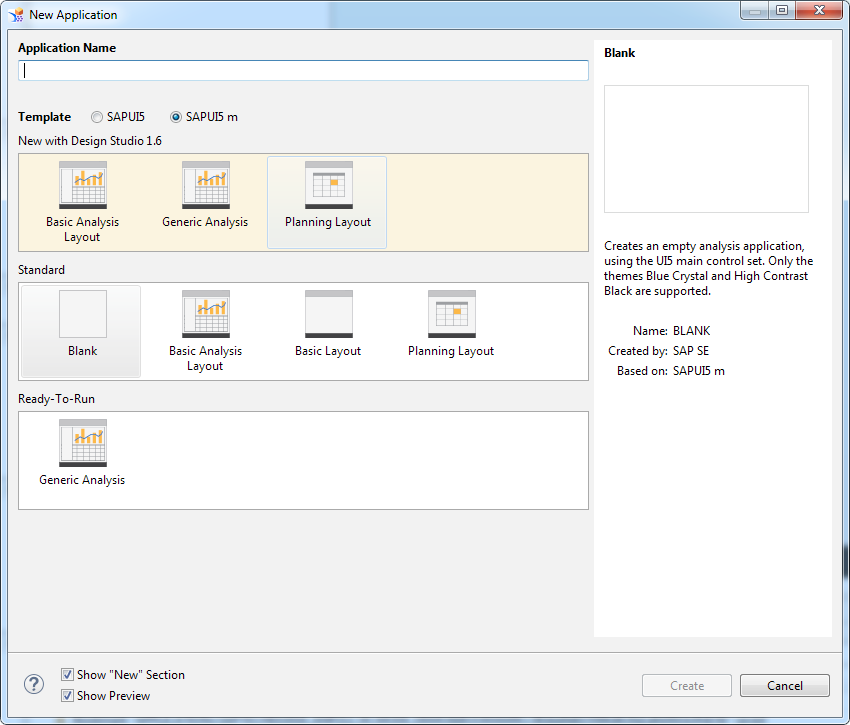 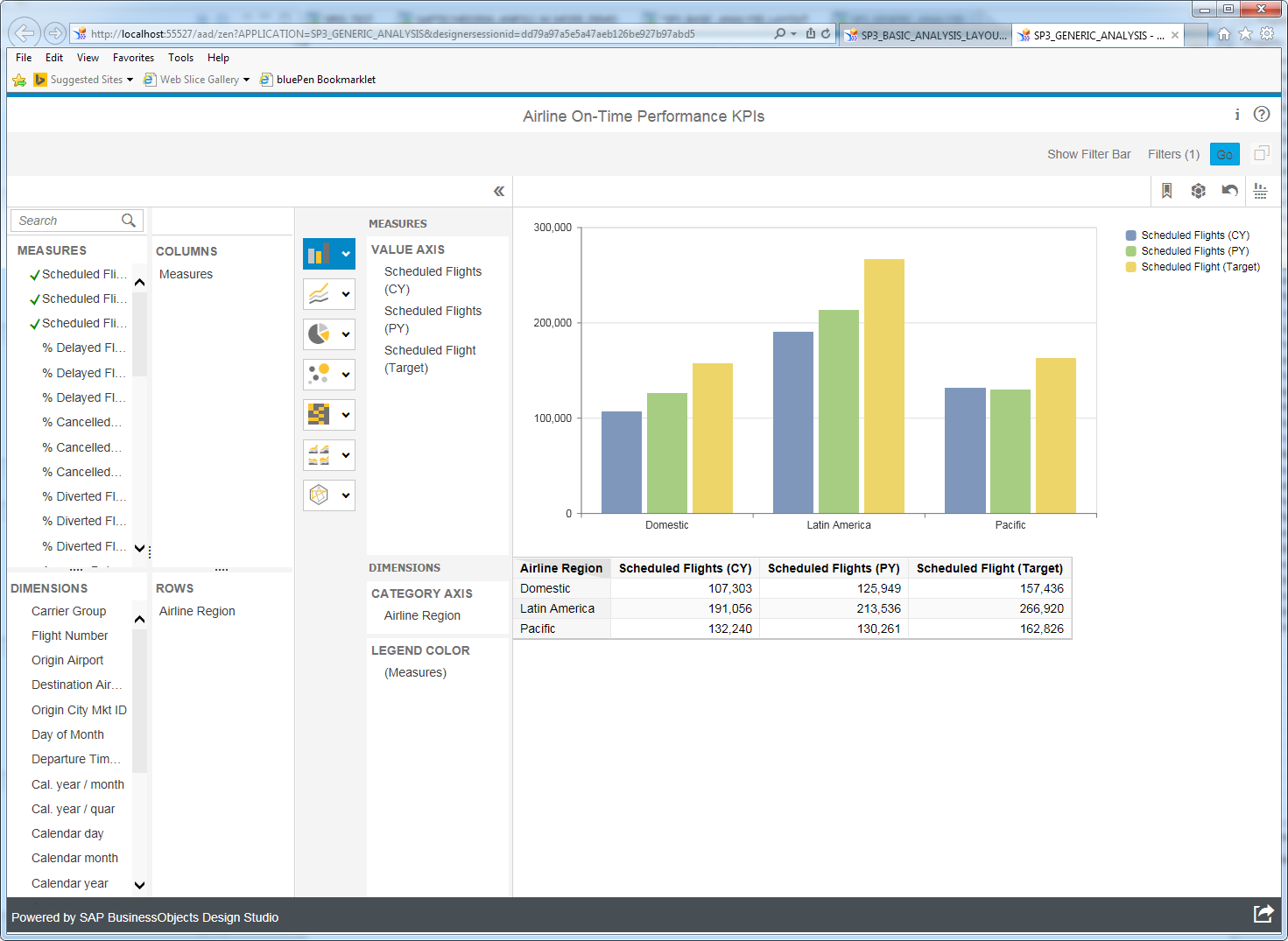 Compared to the Generic Analysis template in the standard UI5 Commons mode, the Pin function in the footer for saving “Smart Objects” is missing, as shown below, presumably because Online Composition is not yet supported in SP03 for M Mode: 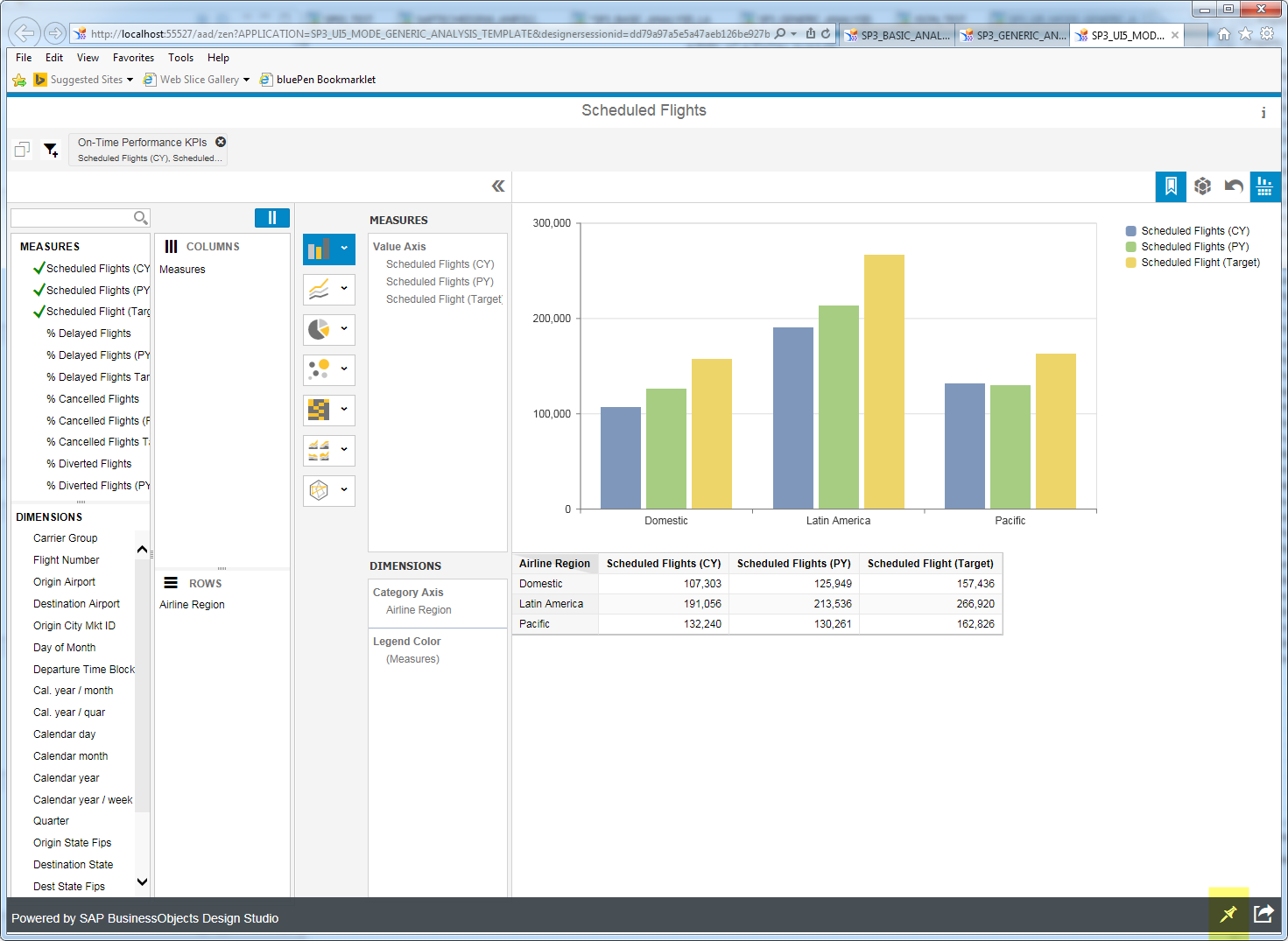 There doesn’t appear to be any new UI or Technical components added to M Mode.

This is a much awaited new feature that was introduced in SP02 Patch 1 but was not working as I noted in the post Is there an error in the new JSON variable feature in DS 1.6 SP02?

This issue does not seem to have been corrected in SP03.

There doesn’t appear to be any updates to the SDK features, documentation or samples.

The Spreadsheet component now includes an “On Select” event in the property sheet, as well as getSelection() and getSelectionType() API methods.

The API of the Context Menu technical component has been updated whereby the getContext() and getClickArea() methods have been replaced with the getSelection() and getSelectionType() methods.

The major functionality still missing in M Mode is Online Composition, whereby the needed Fragment Gallery and Split Cell Container components are yet to be added.

SP03 seems to have focused mainly on porting some of the templates from Commons Mode to M Mode.  Apart from this, there doesn’t appear to be any major new features introduced.  Hopefully, all important bugs identified in SP02 Patch 1 have been addressed in SP03.

If anyone has identified any other major changes, features or issues, please feel free to comment below.