The Key to Solving the World’s Most Pressing Problems 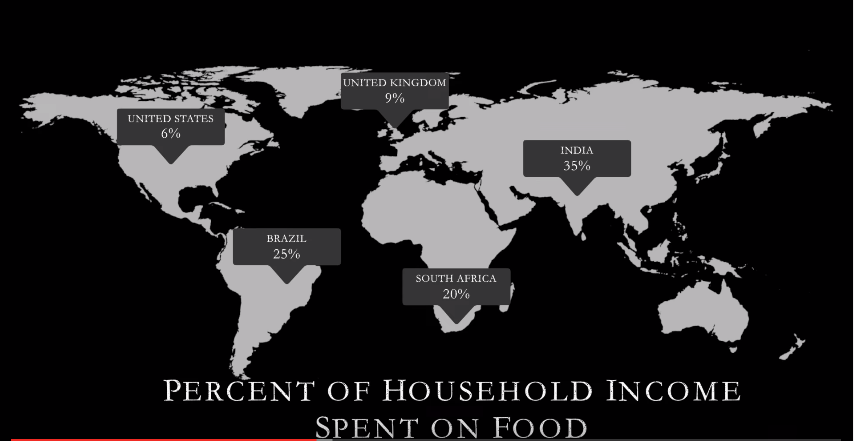 It was in late 2014 that I fully committed myself to producing a 30-minute documentary on the US’s food disparity problem. Admittedly—and I am saying this for the first time—the topic wasn’t my first choice, and I felt a tinge of regret in settling for it.

Don’t get me wrong: The US does indeed have a food disparity problem—45 million Americans were food insecure, or one step away from hunger, in 2014—and it was a topic about which I was passionate.

But there was a broader, more pressing issue I was hoping to cover, one that had endeared itself to me: the global hunger problem.

It’s hard not to be affected by this issue, or to at least be sympathetic: 795 million people are food insecure, around 1.5 million children die every year from poor nutrition, and one in four of the world’s children is stunted. There’s also the very real possibility that this problem could worsen: resources like fertile land and water are already stretched thin, yet it is estimated that food production will have to increase by 70 percent to feed a global population that will grow by 2 billion in the next 30 years.

I mention this because it gives essential context to understanding the importance of the Sustainable Development Goals (SDGs)—goals that I hope everyone is aware of (or at least soon will be by reading on).

The SDGs are the more ambitious follow up to the moderately successful Millennium Development Goals (MDGs), which laid out a 15-year time-frame for achieving 8 specified goals—goals that ranged from eradicating global poverty and hunger to ensuring access to clean water to improving infant mortality, among others—by 2015.  (I say moderately because, while the results look great on paper, most of gains were the result of one country’s economic development: China. One can see the full results of the MDGs here.)

The SDGs, adopted last September, lay out 17 goals and 169 targets to be reached by 2030. Some will admittedly be difficult to achieve—ending world hunger, for instance—but the intent and effort are what count, and these goals will certainly result in a better tomorrow.

The reason, you ask? The full embrace of the idea of collective impact and the recognition of the important role of data collection and sharing.

The independent, multi-stakeholder Global Partnership for Sustainable Development Data (GPSDD) initiative epitomizes the above: governments, corporations and nongovernment organizations harnessing the power of data to help achieve the SDGs.

The possibilities and benefits of collecting and making sense of more data from more sources, with the added benefit of more collaboration among stakeholders, are—please excuse the hyperbole—nearly endless. This is especially true when you’re dealing with something as massive and data-rich as global goals that tackle the world’s most pressing problems.

To break it down in its simplest, most basic form, more data equals more information, which leads to better insight and more effective decision making. Data is the foundation on which all good policy is based; it is a necessary tool in the fight against the world’s most tenacious problems. (For a breakdown of specific examples of data’s usefulness, check out this brief e-book from SAP.)

When I set out in 2014 to raise awareness about food insecurity in the US, I was merely one person tackling one issue. The effort to achieve the SDGs instead symbolizes collaboration and the pooling of resources in its highest form: corporations, governments, and nongovernment organizations all working together, doing what they do best, to solve the world’s most pressing issues. While this is no guarantee of success, it is a crucial piece of the puzzle. Without it, the SDGs would certainly fail. With it, there  are reasons to be optimistic, and to look hopefully forward to a better tomorrow.