From July 25th to July 29th, SAP Newtown Square hosted a cohort of 12 local high school students whose resumes and cover letters were hand selected by members of the Center of Expertise (CoE) to partake in a unique opportunity at SAP.  Here, the students would attend interactive sessions that dealt with topics related to the field of technology and in particular SAP’s products and practices.  This group of students was chosen because they had shown a marked proficiency and interest in studies related to science, technology, engineering, and math. 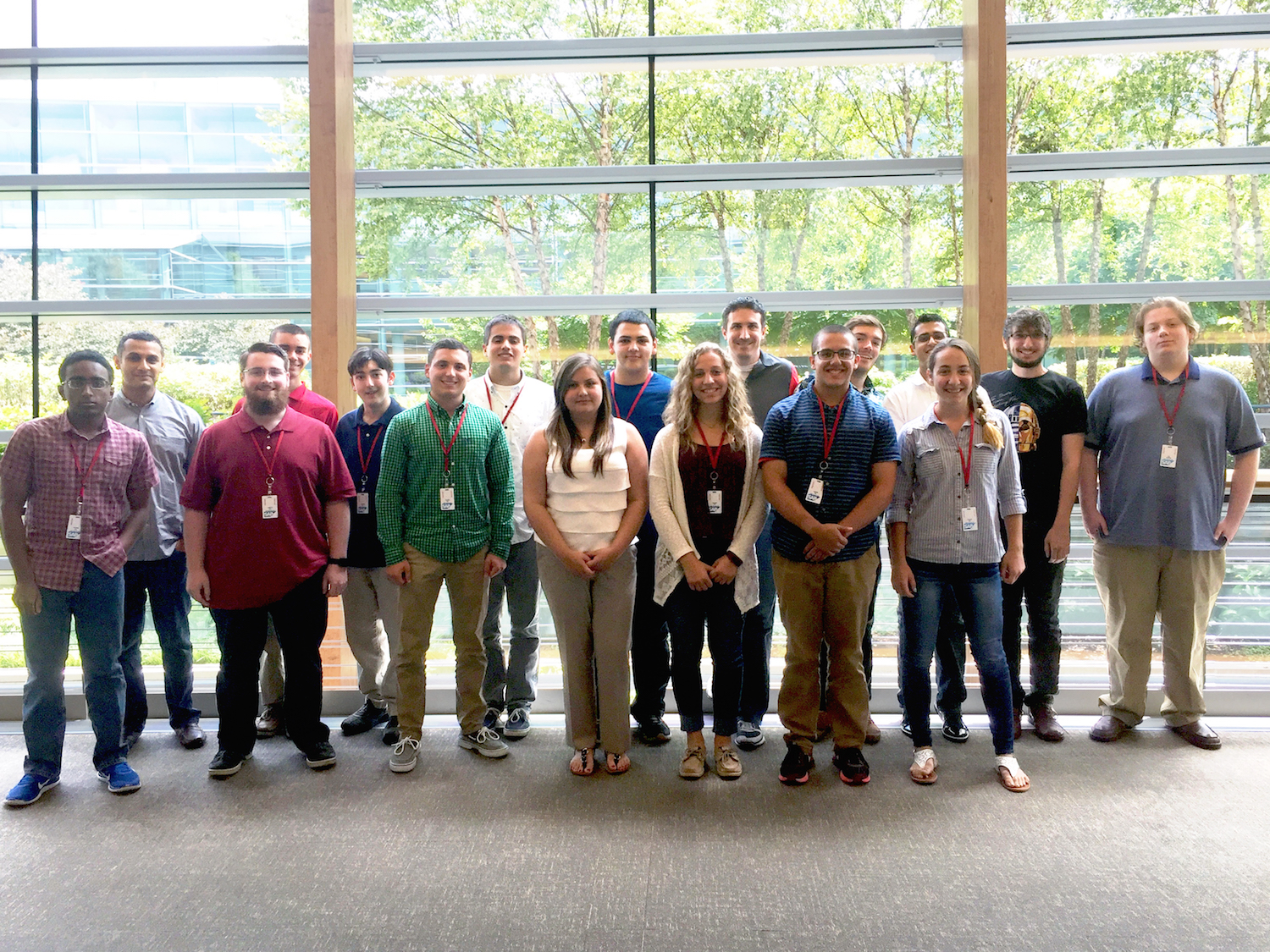 After a quick tour of the facilities, the students began the educational workshops taught by SAP employees.  The first speaker was Christine Doub, an employee from Human Resources, who gave a brief overview of what SAP does that included topics such as SAP’s wide array of clients and what makes SAP’s software solutions so valuable to its customers.  Some of the students were particularly interested with what Christine had to say about SAP’s close relationship with fantasy sports, an online game that leverages the SAP HANA cloud’s computing ability to quickly process and analyze professional athletes’ many statistics.  When asked if they knew of any other companies that were partnered with SAP, the students responded with Wawa and Coca-Cola.  Here, the students took away a sense of the value that SAP provides its clients.

Next, the students talked to June Huynh, the Program Lead of SAP’s STAR program.  June discussed the possibility of students joining the STAR program in the near future.  The STAR program seeks out student-interns while they are attending college and studying fields related to math, science, engineering or technology which are distinct possibilities for this crop of gifted scholars.  After some students expressed interest, June then transitioned into what she looks for in applicants as director of the program.  Students with high GPAs with an interest in software engineering and computing have the best chances of being accepted.

The students were then asked to gather in three smaller groups to work on a multifaceted project.  Using simple, single-board computers called Raspberry Pis, provided by the Development Shop, that were connected to temperature sensors, the students were charged with modelling the data collected by the sensors on websites that they had to code from scratch using the programming language html.  The aim of the project was to get students to understand how to work on complex projects as a team just as SAP employees do.  Members of the team had to work on individualized tasks on their own while intermittently reconvening as a group to recount their progress and receive help from other group members if the task proved too difficult.  At the end of the day, each team member had to communicate what they had done to help reach the goal which, in this case, was to successfully model the temperature data.  These end of the day reports are known as “daily scrums”.

Moreover, SAP interns, together with employee representatives from the Center of Expertise, conducted workshops meant to educate the students on topics like data analytics, coding, and SAP software solutions.  During breaks for questions, it was apparent just how knowledgeable the students were on these topics.  The students wondered what programming languages the CoE was best familiarized with and inquired into the specific strategies that go into working on large-scale projects for clients.  Dhaval Desai, a CoE employee directly involved in Digital Business Services, was there to answer all of their technical questions.  Regarding strategy, Dhaval specifically described the teamwork necessary to work on large-scale projects.  This approach was very similar to what Ryan Weicker, the student’s coach for the scrum project, suggested the students take to best model their temperature data as a team.

On the final day of the visit, students were taken to the Development shop where they played with plastic trinkets that were printed by Development shop volunteers using SAP’s 3D printer that took directive from code retrieved online.  They also got a chance to see the printing process up close and personal.  The student-visitors were sufficiently interested in 3D printing judging by their inquiries into the types of plastic used to create the toys as well as what problems a 3D printer can be expected to encounter.  Development shop volunteers were eager to answer their questions too.  They noted that most of the trinkets were made with ABS plastic and that 3D printers can often curl the plastic during the printing process if left unattended.  The Development shop volunteers also provided significant guidance to the students such as what youtube channels were best to visit for 3D printing tutorials.

“Visiting SAP was an amazing experience. I learned so much about the company by observing the given presentations, and I really enjoyed the tour of the facility.  We were grouped into teams to complete a short term project – create a simple graph displaying current temperature. I was introduced to HeidiSQL (a MySQL client I wasn’t previously familiar with) and learned how to update data in real time.  The staff was knowledgeable, friendly, and amazingly helpful. I gained a lot from their vast workplace experience and was able to apply it to our project.  I enjoyed my brief time with SAP.  Although I am only going into my sophomore year of high school, I hope that there may be a position waiting for me at SAP in the future.” –Braiden Psiuk, (Technical College High School)

Well said Braiden!  SAP’s CoE is happy to host high school students like you in the annual Professional Orientation each summer!

Want to join one of the world’s largest and most diverse cloud tech companies? Apply to SAP today! http://bit.ly/1nSYsaI

Thanks for putting up this article. It was a good experience to have high school students visit us. I am glad that it was a pleasant and memorable experience. Looking forward to them working for SAP in the future!

Happy to know that SAP COE hosted the High School students. It is a powerful message to the community of young minds and make SAP a choice as a future career.

My son who is a Freshman this year also is in STEM. The school has field trips to companies and gain a real world perspective. It is easier for young minds to connect the dots of transitioning from academic to real world

Hopefully the SAP COE advances this concept and program further to sponsor some of the STEM Specific Curriculum -> Middle ( it starts at 7th Grade itself) and High Schools as a goodwill gesture and investment in future - Partners, Employees, Entrepreneurs, Etc.

I do know that there is a STEM School started by SAP in New York, but what I am talking about is a larger foot print.