Time is Now Money: Why Time-to-Market Beats ROI as the New Indicator of Profitability 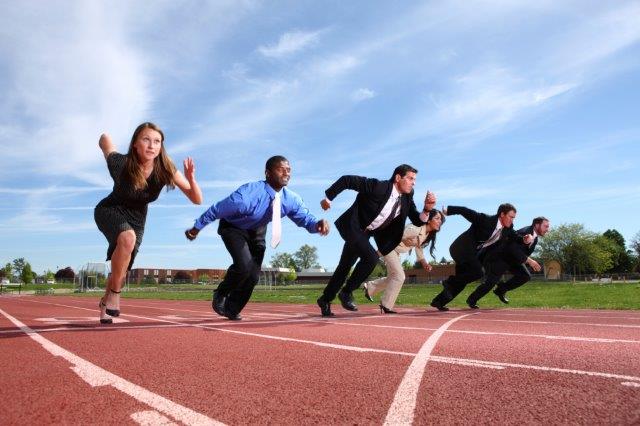 If you’ve ever taken an economics class, you may have heard the phrase ceteris paribus.

Ceteris paribus is Latin and roughly translates to “all other things being equal.” In economics, if you are trying to predict an outcome of a changing variables — perhaps the impact on demand for new razor handles if the cost of blades were to rise by 10% — you would use ceteris paribus to declare all variables outside the scope of your calculations are assumed to hold unchanged.

In business, ceteris paribus forms the foundation of traditional ROI calculations. That’s because it assumes time is frozen, human beings are rational, and the world can be simulated.

In the digital economy, ceteris paribus is as dead as the language it’s written in.

We move too fast for ROI
Ben Thompson, author of Stratechery, recently wrote about the acquisition of Dollar Shave Club by Unilever. Thompson contrasts the $1 billion Unilever paid for Dollar Shave Club to the $57 billion P&G paid for Gillette in 2005.

His entire article is worth reading but I’ll extrapolate from his points to support my own thesis. P&G’s 2005 ROI analysis likely assumed a few fundamentals of the razor industry were immutable: brands would be expensive to build; razor cartridges would command very high margins; in-store real estate was a competitive advantage; and high distribution and R&D costs would be a constant for all players in the industry.

“Gillette will be a great investment for P&G,” the business development team might have told their board, “ceteris paribus.”

And then Dollar Shave Club came along with a brand built cheaply by clever creative, with blades imported from lower-cost manufacturers, with no R&D costs, and no presence in stores whatsoever. Dollar Shave Club figured out how to undercut Gillette’s pricing model by 50-75%.

Imagine if P&G had looked at the razor industry without the assumption ofceteris paribus. Would they still have spent $57 billion for Gillette?

If not ROI… what?
In the digital economy, you have to assume that the fundamentals of any market will change by the time your product reaches it. You may not know how it will change but you should assume it will change. This means the best indicator of success will likely be time-to-market (TTM).

Adopting TTM as your primary success criteria provides more benefits than just minimizing the likelihood the market will change before you arrive. By favoring TTM over ROI, you’ll favor action over indecision and flexibility over rigidity. You’ll fail more often—but you’ll also be more likely to find the formula that succeeds.

“Technological products which arrive on the market six months late but on budget generate 33% less profit over five years,” says one study, “whereas getting the product to market on time but 50% over budget only reduces profits by 4%.”

When should I use TTM?
TTM is a better measure than ROI because it prioritizes brevity, encourages momentum, lets you learn more sooner, and promotes “good enough” delivery. It’s not just technology companies which benefit from TTM. The U.S. auto industry has clawed its way back to pre-recession levels and improved accolades after becoming a knowledge-driven, technology-infused, and faster-moving industry.

Another example comes from crowd-funding companies like Indiegogo and Kickstarter which allow companies to acquire paying customers before building a product. Talk about rapid time-to-market! In traditional ROI analysis, the returns are the unknown factor in the equation. Crowdfunding provides solid insight into returns even before you start debating your level of investment. Further, TTM becomes increasingly important because paying customers will only wait so long for a product to arrive before they turn against you.

You should switch to TTM whenever your plans rely on fundamental assumptions about the market. The longer your deliver timeline stretches, the more likely your product will be met by very different fundamentals.

In the digital economy, change is the only constant. So quit obsessing about ROI and embrace TTM. You won’t stop change but you might be able to keep up with it.

I think both TTM and ROI are two aspects to consider when developing and deploying business solutions, but i am more concerned about this phrase:

How many consultants will pay with their jobs when management see all those fails, and not the expected "nice" results? nobody would support the the idea that TTM will help me keep profits high but facing a higher risk of not creating profit at all, or even losses.

Sadly i consider this blog too biased, would have been great to see the risks associated with TTM for the long term (everything done in a haste is hardly sustainable on the long run) or how current SAP methodologies could include TTM as part of the equation.