Playing War Games With The Fortune 500

The most successful companies anticipate and invent the future – often before their competitors do. What’s one of their secret weapons? Competitive War Gaming, exercises that generate defensive strategies to fend off competitors while building a sound offense that sparks innovation and growth. 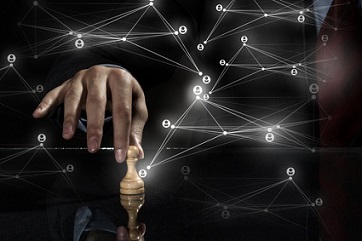 With great power comes great responsibility and harnessing the power of Competitive War Gaming can be a tricky proposition. Thankfully, a panel of three war gaming experts were on hand to share their top secrets during the recent SAP Radio broadcast, “Disruptive War Gaming: A Critical Tool for Today’s Innovators.”

Kicking off the discussion is Bryan W. Mattimore, Cofounder and “Chief Idea Guy” of The Growth Engine Company. Mattimore takes a lot of his inspiration from inventor R. Buckminster Fuller and believes one of Fuller’s more famous quotes embodies war gaming strategies of today:

You never change things by fighting the existing reality. To change something, build a new model that makes the existing model obsolete.

“We have our known competitors; but it’s the unknown ones, the unexpected ones, the ones with different business models that are really in some ways the most threatening,” said Mattimore. “Companies who are smart and proactive about inventing their own future, they need to consider and often do consider the potential industry disruptors.”

If you think large companies are the biggest disruptors in this day and age, think again.

“The biggest threat is the kid who is inventing a new software program in his garage,” said Mattimore.

War gaming to the rescue

A disruptive war gaming event typically runs a few days, sometimes involving 25 to 50 senior company executives. Session participants are assigned a team well in advance of the actual session. Teams are typically five to six people; they are both known competitors and potential industry disruptors.

So if you’re in the insurance world, you’re role-playing Allstate, State Farm and Geico. But if Amazon, Wal-Mart or Google decided to enter the insurance business that business could be changed dramatically and in ways that you didn’t anticipate.

“Because they underwent a role-playing exercise, companies see the indicators about what their competition is doing or what the market is doing and understand that this change is now probably about to happen,” said Mattimore. “There are a lot of strategies, culture change and tactics that come out of this.”

Christopher Bishop, Chief Reinvention Officer of Improvising Careers said it’s important to keep an eye on the “little things” of any war gaming exercise like making sure teams are comfortable with ambiguity, being resourceful, resilient, creative and passionate.

“Being able to work within multiple disciplines and across different functional areas and being aware of your role as a global citizen is also important,” said Bishop who also speaks regularly to university students. His advice to students pursuing a broader Liberal Arts degree that might be nervous entering a corporate environment full of war gaming exercises?

“You’re going to be managing the people with the niche skills,” said Bishop. “You’re going to be running a team at Google working on “project loon” to put Internet balloons and geostationary orbits above emerging market countries, so chill.”

Michel Sérié, Founder, InnoLifters believes it’s important to ensure that folks entering the modern-day workforce understand that being risk averse is not the norm and those willing to take a bit of risk will be ahead of the curve in their careers.

“It’s going to take us another 15 to 20 years because we need another generation of teachers who would actually be able to teach the way that was just described,” said Sérié. “It’s a huge societal challenge.”

Listen to the entirety of this broadcast of Coffee Break with Game-Changers Radio, hosted by Bonnie D. Graham and presented by SAP, here.