How Developers Can Get Started with Internet of Things: SAP TechEd 2016 Has the Answers 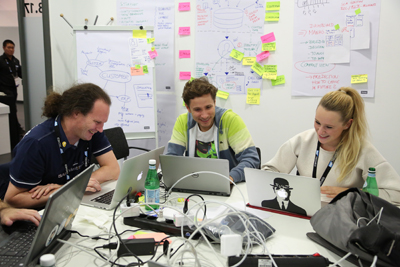 I recently blogged about how consumer-related internet of things (IoT) products get all the buzz, while the real change is actually happening at the industrial level for profound business transformation. So I wasn’t surprised to learn that IoT is among the Hot Topics headlining the eye-opening agenda at SAP TechEd 2016 in Las Vegas September 19-23. To find out more, I talked with Shawn Reynolds, VP IoT Marketing at SAP, who explained why it’s time for IoT to advance from physically connecting billions of things to delivering business value.

“Collecting raw data is just the beginning of the IoT challenge,” said Reynolds. “Now developers have to move from things to value and outcomes. To do that, you need to add operational context followed by business context. At Tech Ed this year, we’ll explore the full range of technical challenges, including using IoT to ultimately impact a business process that drives results and revenue. Attendees will learn everything from running a pilot to connecting your enterprise to entire IoT business networks for asset, logistics, or vehicle networks.”

According to Reynolds, there’s no doubt among developers that IoT is among the biggest change agents to reshape technology innovation across industries since the internet. What technologists need now are specific next steps to begin exploring the possibilities.

“Everyone knows IoT should be able to help their business but they don’t know where to start or what the potential applications are,” he said. “We are addressing that angst by providing developers with the skills to use SAP’s comprehensive portfolio for connecting and processing at the edge, transforming business processes, and having some pre-built applications in domain areas specific to their industry. And it’s not limited to integrating IoT for an application. You can integrate your company into an IoT business network like one of SAP’s. For example, SAP S/4 HANA simplifies and contextualizes business processes, and IoT extends and enriches those processes to the real world.”

Here’s a tiny sampling of the numerous sessions developers can attend at SAP TechEd that will cover everything from large industrial networks, to sensors connected with cellphone-like SIM chips.

Researchers call IoT the biggest opportunity to transform business since B2B integration began. To be clear, there’s nothing new about industrial M2M connectivity. What’s different today is the cheaper, faster, pervasiveness of real-time data from more places that’s poised to revolutionize every industry. That said, one of the few certainties in these early days of IoT is that everyone is trying to figure it out. SAP TechEd is the best place for developers to ask questions, network with experts and peers, find out SAP’s road maps, watch and build demos, and obtain specific answers to get started using IoT for business results.