This was originally posted on SCN beta by Adrian Vaughn; with Maria Farrales’ (aka Mariza) permission this is being posted here.

Adrian is the Band Leader for the SAP Fiori Jam Band Las Vegas and Mariza is the Band Manager. 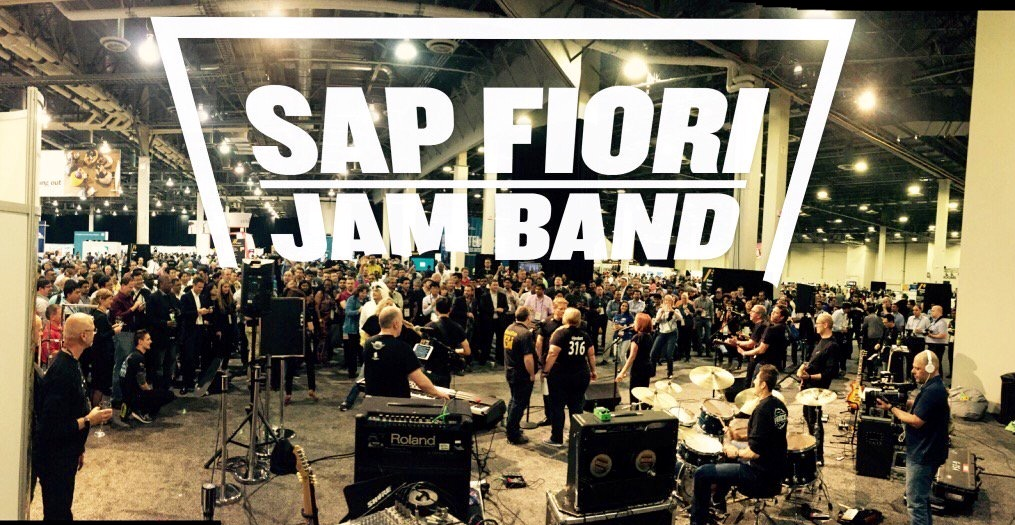 The Fiori Jam Band has been entertaining SAP Teched attendees during the Networking reception for the past 4 years … and we are at it again in 2016!!!

It’s a super fun part of event where all conference attendees (managers, developers, designers, analysts, architects, basis/administration, support staff, sales people, and more) with some Musical talents of all levels get the opportunity to join the band and for an hour and play some internationally well-known, easily learnt songs that people can rock out to.

If you can join us on guitar, bass, keyboard, play your trumpet or sax, beat the drums or even lead the band in a song …. Come on down!!! Add your details here …  we will have a few rehearsals on the nights before the networking reception to get into shape!

We are also taking song suggestions to fill out our set, if you have any ideas, add them here ( orview a list of suggestions ).

If you can’t play and instrument, the easiest way to take part is simply show up during the Networking Reception!  If you know the tune and want to join in singing or playing some percussion, come on up.

Watching and hanging out while having a few drinks is perfectly fine too – it is the Networking Reception after all!

Wednesday, September 21, on the Showfloor 7pm