SAP Jam: Made in Canada, eh?

Over the years at SAP, I’ve had the pleasure to learn a myriad of TLA’s, or three letter acronyms. Surprisingly, “Jam” isn’t one of them. It’s simply a short, memorable, and unique product name for SAP’s cloud collaboration software.

When SAP acquired SuccessFactors in 2012, members from a predecessor product called SuccessFactors Jam, combined forces with members of SAP’s then collaborative workspace called SAP StreamWork, to produce what you and I know today as the most powerful, integrated, and secure collaboration software-as-a-service.

SAP Jam serves 34 million subscribers around the world representing just over 1000 customer organizations today.  About 100,000 of those subscribers are from SAP– internal users of our own product.  We’re continuing our proud tradition of “SAP runs SAP”.  SAP Jam has been named IDC MarketScape leader in Worldwide Social Technologies in 2015.

I had the pleasure to interview Francis Lui, Senior Director of Engineering for the SAP Jam Collaboration line of business, to learn more about the incredible team of talent that is behind SAP Jam.  Francis is a veteran of SAP and currently manages a team out of Vancouver, one of several locations under SAP Labs Canada.

JG: Tell me about the teams in Vancouver that build SAP Jam.

FL: There are two main teams — SAP Jam Collaboration Line of Business and SAP Jam Engineering and Platform.  There are a total of 31 team members including developers, QA developers, and architects, and together they represent a significant portion of overall engineering. The other development offices are Palo Alto and Shanghai.

JG: What gets you up in the morning?

FL: It’s the notion of working on cutting-edge cloud technology, and applying it to enterprise scenarios.  We get to solve challenging scalability problems similar to the ones that consumer cloud companies like Google and Facebook solve, and we solve them for enterprise customers.  I feel that we understand the enterprise market better than the pure-play cloud companies.

JG: I’m interested in anything cutting-edge, tell me more.

FL: We use a software development model called “trunk-based development”.  This allows us to deploy mainline code into production every single week.  In trunk-based development, developers commit all their code changes into a single code branch, with visible new features turned off.  The code runs through a battery of over 18,000 tests to find any errors early and to ensure the highest quality.  These small increments of a week’s worth of work are delivered to all our customers.  For example, we are able to detect critical issues such as jobs piling up in one data center.  We can address that quickly and apply the fix to other data centers before the same issue happens there.  That’s the kind of cutting-edge stuff that I am excited about.

JG: Many people have heard rumours about what goes on during “deployment Thursdays”.  Instead of watching Big Bang Theory or the football game on TV, what does the team actually do?

FL: We deploy the code to three of our twelve worldwide server farms every Thursday night at 9pm Pacific Time.  The contractual maintenance window is one hour and it’s imperative for us to minimize the impact of this downtime on our customers. Through practice, our actual downtime is often closer to 12 minutes.   There’s a lot of testing before and after the deployment, most of which is highly automated.  All QA personnel and developers who contributed to the code base that week must be online for the deployment.  We huddle and monitor the progress closely in real-time. The moment an issue is caught, the party responsible is there to rectify it before any customers would even notice.  If customers do find critical issues after our deployment, they are delighted that we can sometimes resolve those issues within a day.

Recently, a developer on the SAP Jam team, despite having moved onto another team at SAP, felt compelled to join the SAP Jam deployment session to offer moral support to his ex-teammates and also out of sheer camaraderie.

JG: How many times have you and your team done this?

FL: We’re at release R387. That’s 387 weeks and counting, since the SuccessFactors product inception in 2008.  Of those, the teams in Vancouver have done about 200.

JG: How has Vancouver made its mark on SAP Jam?

FL: Folks in the Vancouver office are loyal to their colleagues, to their products, and to SAP.  In some other regions, I have seen employees in the industry jump from job to job every 6 months.  Here, we are willing to take the time to “master our craft.”  The Vancouver site is known for on-time delivery with quality, and this dates back to its time as a site within Business Objects, the French analytics company that was acquired by SAP in 2007.  Another aspect of Vancouver is that the city’s diversity makes our team more diverse.  Our team is a melting pot of experiences and expertise from all over the world.   Whenever we solve problems, it reminds me of Don Draper from the Mad Men TV show, who barks, “Ideas, ideas, I need more ideas!”  Our diversity gives us not just two or three potential solutions, but seven or eight.

JG: What does your team do for fun when they’re not having fun developing SAP Jam?

FL: Being in such a great location as downtown Vancouver, our team members have access to a variety of recreational options.   Some hit the slopes in the winter after work, others go biking in the summer.  As a team, we’ve done everything from trampolines, paint balls, escape rooms, karaoke, Counterstrike, and of course the requisite Canadian sport, curling.

JG: What are you most proud of?

FL: I am most proud of our team’s ability to accelerate development and to deliver complex business system integrations like SAP ECC, CRM, SuccessFactors Learning, and Employee Central on time, with quality.  With business system integrations, there have been cross-team, cross-system, networking problems and needle-in-a-haystack defects that are hard to isolate and resolve, but we have the technical prowess to identify and resolve them quickly enough to still deliver on time.

JG: Random question.  When you hear SAP Jam, what’s the imagery that comes to mind and why?

FL: An orchestra “jamming” to a musical masterpiece.  There are certain classes of complex engineering problems where no one person on the team can solve it on their own.  It requires the coordination of multiple individuals working together, in sync, similar to the musicians and conductor in an orchestra.

JG: What’s coming up for SAP Jam in the next 3 months?

FL: We are hiring and have openings for 13 Developers and QA Developers.  We are scheduled to participate in the annual SuccessFactors “Hack Days” event.  Our product roadmap looks bigger and bolder than ever, with dreams for real-time wiki editing, real-time feeds, and zero-downtime system updates on the horizon. Our executive leadership team, consisting of Aaron Au, Sameer Patel, Simon Gershey, Kirsten Sutton, Daisy Hernandez, Steve Hamrick, and Ben Yip have many entrepreneurial ideas to take this business to new heights.  We have successfully launched two major products in the market in less than four years, SAP Jam Collaboration and SAP Jam Communities. 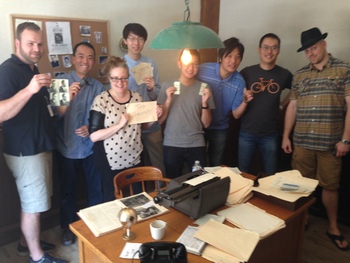 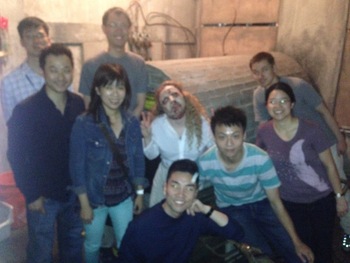 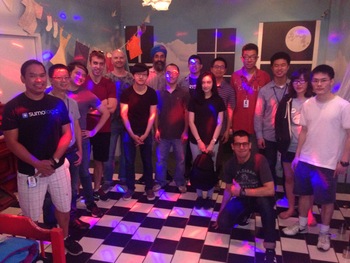 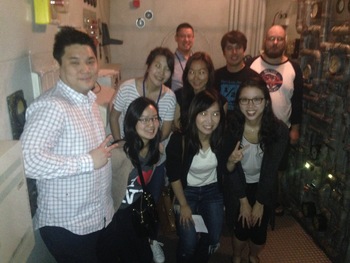 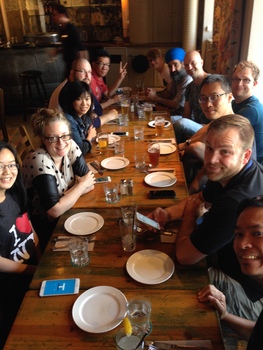 Jeff Gan is a senior product manager for SAP Jam in the Vancouver office.  Jeff specializes in integrating SAP Jam with business applications including SuccessFactors HCM, SAP Hybris Cloud for Customer, and SAP ECC / ERP and CRM to deliver “work patterns” to millions of users that drive business transformations in their organizations.  In his free time, Jeff tinkles with Arduino and aims to better everyone on the team with Pokemon Go, but he is desperately many levels behind. 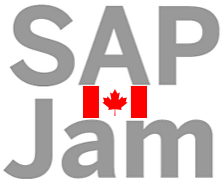