The Dollars and Sense of Girls Education

The case is clear: Girls education is about real money – for all involved. And I don’t mean those 63 million girls globally who do not attend school and who should be educated because it’s their basic human right, and because educated women are healthier, die less during giving birth, and can better contribute to the economic growth of their families, communities and countries. I mean the ICT sector where the UNESCO estimates that gender equality has the potential of a global market worth $50-70 billion.

Who would not want to tap into this potential?

Celebrating 2016 as the “African Year of Human Rights with particular focus on the Rights of Women”, SAP and key partners such as the Cape Town Science Centre, kLab, Germany’s Federal Ministry of Economic Cooperation and Development (BMZ), Africa Smart Investments Distribution and Girls in ICT Rwanda have joined forces and launched the Africa Code Week (ACW) Women in Tech Community.

The Rwandan Minister of Education Papias Malimba Musafiri welcomed the launch with a strong commitment: “Let’s keep up the pace so the name of the game changes, once and for all. Girl education in Sub-Saharan Africa used to be ‘give me a chance and I’ll take it from there.’ The Africa Code Week ‘Women in Tech Community’ is our opportunity to reword that into: ‘Here is your chance and we will be here, every step of the way, to help you make your dream come true.” 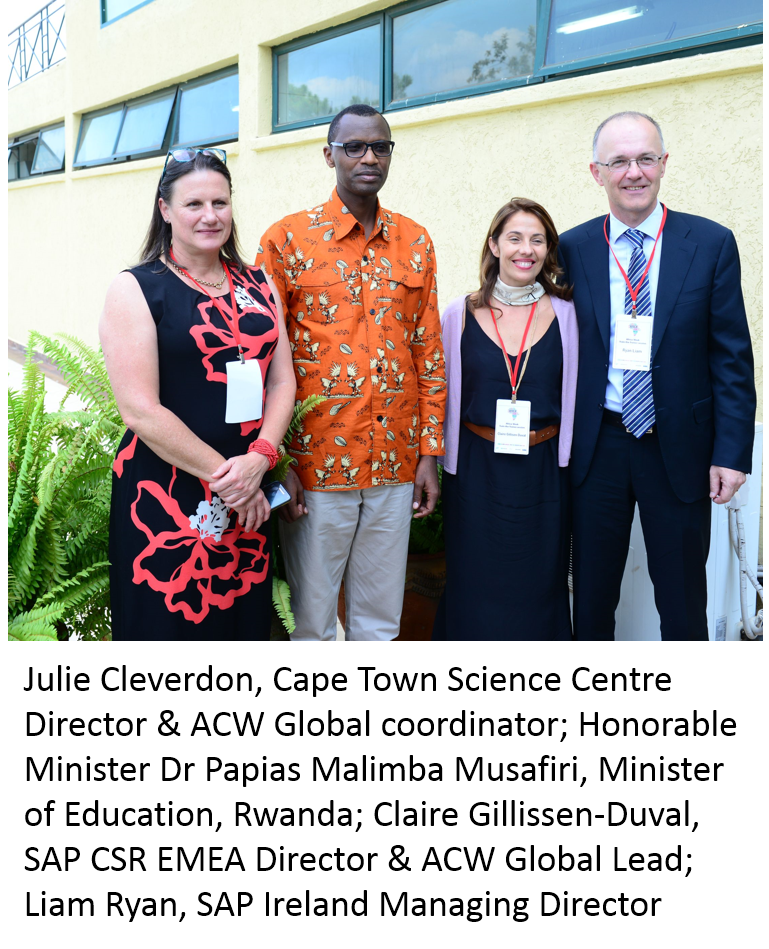 Africa Code Week (ACW) was initiated in 2015 by SAP in collaboration with hundreds of partners with the goal to provide coding workshops to youth aged 8 – 24 years with age specific offerings. In 2016, the initiative aims to reach 150,000 African youth and thousands of trainers in 30 countries.

The Women in Tech community aims to foster collaboration between key actors in ICT education for girls and women all over Africa. The need is obvious.  According to Prof. Andre Calitz from the Nelson Mandela Metropolitan University in South Africa, the  country is short of 20,000 to 70,000 high-end information and communications technology professionals. But same as elsewhere, too many young women in Africa do not pursue a career in the ICT sector because they feel unsupported.

Being a key player in the African market, our role is not only to encourage them to see a career in technology and entrepreneurship as a possible option. We also have to bring together key stakeholders and role models to support them in their hunger to learn and succeed with their dreams. The hunger for ICT skills is definitely present: Female participation in the first ACW in 2015 reached 60% in Tunisia, 56% in South Africa and 50% in Togo.

In total, almost 90,000 youth aged 8 – 24 years and hundreds of teachers have been introduced to coding skills in 17 African countries last year. The goal for 2016 is to reach 150,000 youth in 30 countries with a similar rate of female participation. But to get there, it needs the support of partners and role model ambassadors. They motivate both female students and their teachers. They develop girls’ interest into learning both programming and robotics and they also represent a massive capacity-building expertise for teachers in providing students with 21st century skills.

One of these role models is Nomathemba Calana, teacher at a Silver Leaf Primary school for underprivileged children in The Noon, one of the townships outside Cape Town, South Africa. She has been a teacher for 19 years and will be one of the trained educators that will run basic coding workshops during ACW. Asked about her motivation she says: “The world is changing. I have to be prepared for the new technological advances. I need to add new competences to my role. We want the children from this school to have the same opportunities as the other children.”

The new network will help sustain the first successes made during Africa Code Week in October. Because what happens afterwards is as important as what happens during the ACW workshops: Once trained, the girls still need support to advance their newly acquired skills and build a career upon them. They need access to mentorship and continued opportunities for support and professional development. Women in Tech networks play that role and are absolutely pivotal in keeping girls on the educational track.

Emma Dicks, founder of Code for Cape Town (Code4CT) is a key stakeholder and ambassador of the Africa Code Week ‘Women in Tech Community’. Code4CT teaches coding and design thinking skills to high school girls and exposes them to the IT industry. In addition, girls also learn how coding is a powerful tool for social change.

Emma was recognized with the Young Leader Award from the Queen of England, for her contribution toward social justice in South Africa. She is now offering meet-ups in other African countries to foster the collaboration between key actors in technology education for girls and women.

Africa Code Week 2016 provides the foundation for the new network to get active. Building on a fast-growing network of hundreds of government dignitaries, teachers, nonprofits, business leaders and entrepreneurs, the ACW Women in Tech Community is a promising avenue for major players in female education to join forces, and take the ICT diversity agenda to the next level of collaboration, knowledge exchange and mentoring across an entire continent. 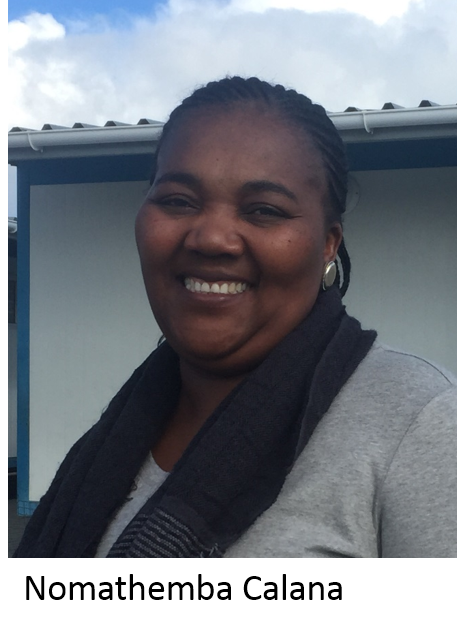